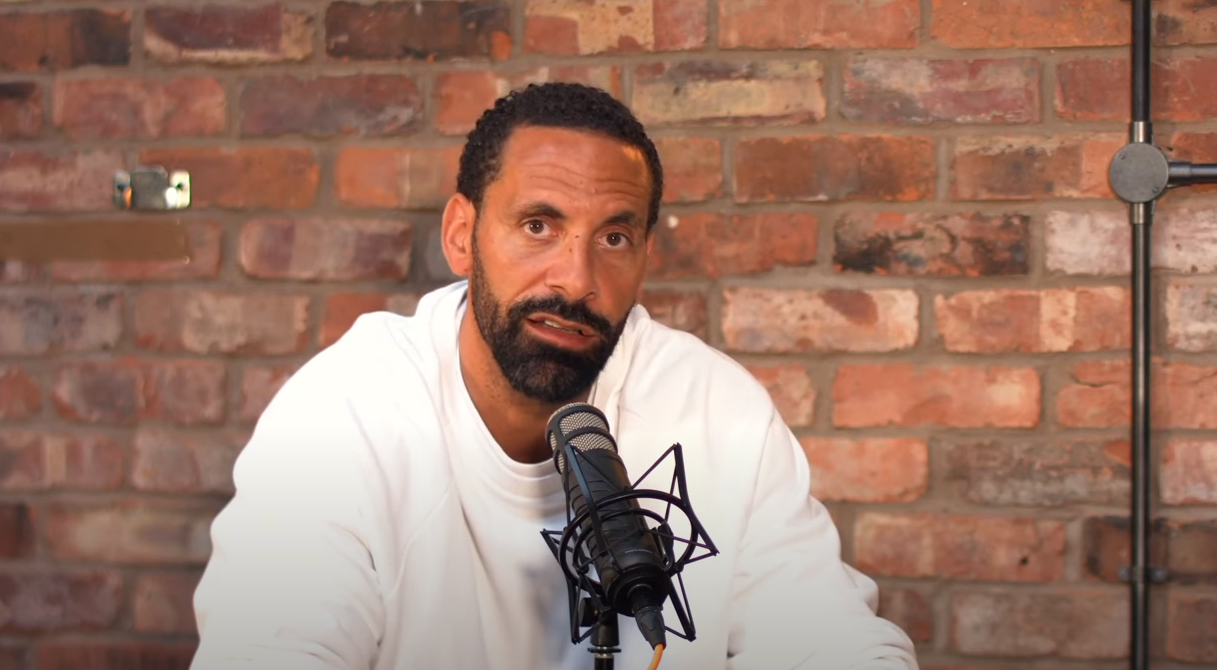 Rio Ferdinand has declared Manchester City his new favourites to win the Premier League after backing Chelsea to lift the title at the start of the season.

The Manchester United legend has changed his mind after seeing defending champions Man City dominate Champions League holders Chelsea at Stamford Bridge and produce an impressive performance to draw 2-2 with Liverpool at Anfield.

Pep Guardiola’s side stormed to the title last season, finishing 12 points ahead of runners-up Man United, and are currently third, one point behind Liverpool and two behind early leaders Chelsea.

Manchester City twice came from behind to secure a point at Anfield on Sunday and Ferdinand says he has seen enough from the champions to rate them as his favourites for the title this season.

‘It ebbs and flows man!’ the former Man United and England defender said on the FIVE YouTube channel.

‘In the first four of five games of the season, I was sitting there and thinking Chelsea are the team to beat.

‘Three of four games later and I’m thinking Man City are the team to beat. They have looked seriously impressive against the big teams.

‘They dominated Chelsea away [last weekend], they dominated Liverpool in the first half [on Sunday] and should have seen the game off.

‘They might be a bit disappointed with a 2-2 draw but they look the most impressive to me. They look formidable at times.

‘There’s no doubt they’re going to dominate 99 per cent of their games but it’s just about the finishing.

‘When they get over that element and get that right, I think they are the team to beat.

‘Manchester City have got the experience and the class and the players. They seem to be head and shoulders above everyone else tactically.’

‘It’s about the managers as well, Pep Guardiola’s track record is mind-boggling, he knows how to win football matches,’ Keane told Sky Sports after the Anfield draw.

‘They are a hard team to beat. Liverpool will no doubt be in the mix because they have lots of goal scorers.

‘They conceded three against Brentford and two today, so that doesn’t look great, but they’ve got brilliant players going forward, world-class players.

‘I still think all of these teams, Chelsea included, will do well to finish ahead of Man City.’

Carragher added: ‘Man City are the team to beat. The game last week against Chelsea was a big one for me.

‘It was a complete domination and it was similar for periods today in that first half. For me, they are the team to beat.’