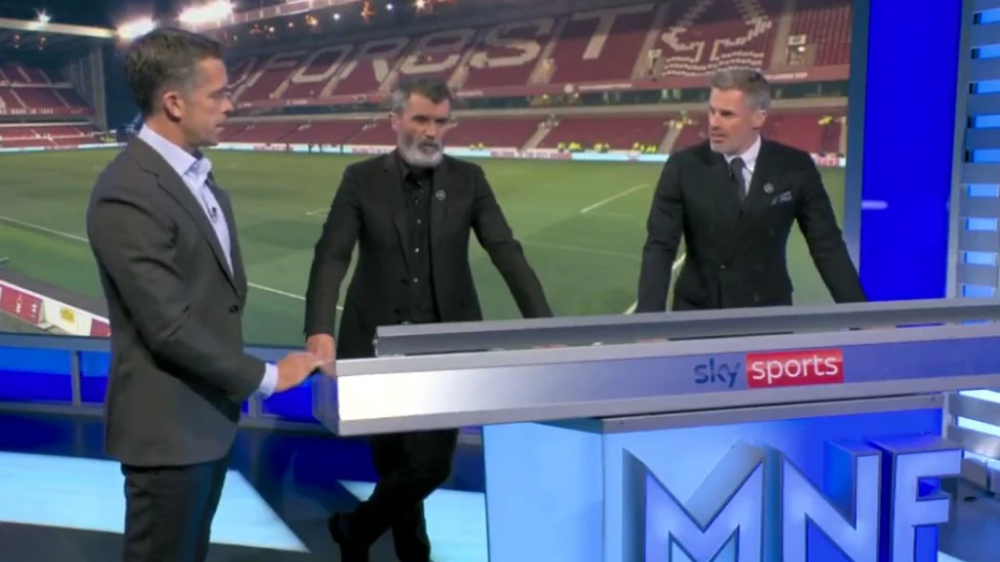 United legend Keane was asked to name who he felt were the top three current managers in the Premier League and snubbed the Dutchman, opting to name former Brighton man Potter instead, who replaced Thomas Tuchel last month.

Ten Hag arrived at Old Trafford from Ajax in the summer and became the first United boss to lose each of his first two games in charge of the club since John Chapman in November 1921 following a historic defeat to Brentford in August.

But he turned things around to win his next four in a row – and following a 6-3 defeat to Manchester City – United returned to winning ways by beating Everton on Sunday and are fifth in the Premier League table after their first eight games.

Keane, speaking on Monday Night Football, revealed who he felt are the best three current bosses in the top-flight, saying: ‘Managers I like? I’ve always had loads of time for Pep [Guardiola].

‘I think what he does to his teams… I know people say he always works with the best players at the biggest clubs with the biggest budgets – blah, blah, blah – but he still has to work with them, manage them and find a style of play.

‘I like Brentford’s manager, Thomas Frank, I like him. I like the way he comes across. Even when they were in the Championship, I came across him. A really good guy.

‘And I like Graham Potter at Chelsea. I like the way his teams play, I like the way he comes across in the media, I’m delighted he’s got a chance at a big club like Chelsea.

‘There’s all this talk about if he can manage a big club and big egos and all this, but give the man a chance. He’s settled in really well.

‘Every time he speaks in interviews, I think he comes across really well. So those are the three for me.’

FIFA 22 REVIEW: Football on a console has never looked so real