Manchester United have decided against signing RB Leipzig star Dayot Upamecano this summer, according to Sky Sports reporter James Cooper. Upamecano emerged as a potential defensive target for United last week. But it is claimed the Red Devils are now looking to sign a “more established” centre-back.

At 21, he is widely regarded as one of the most promising players in his position in Europe.

But Cooper says United are looking at more experienced options than Upamecano but would be willing to go back in for him next summer.

“I think the other question mark of course is centre-back,” Cooper said on The Transfer Show. 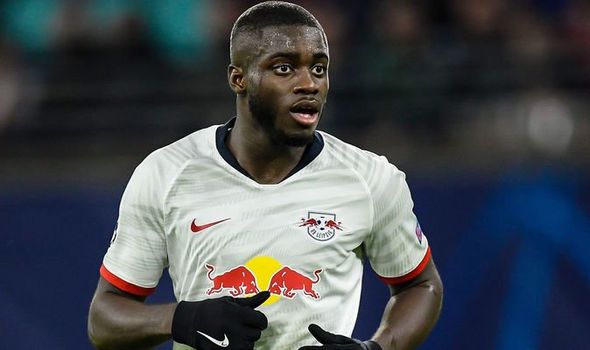 “I think they’ve looked at him at 21 years old and yeah, he’s got the right profile. He’s just signed a three-year deal.

“I think it’s more likely Manchester United will monitor his progress and perhaps go back in for him next summer.

“But of course the problem with that is I think a lot more people will be anxious to sign Upamecano then than perhaps they are now.

“They’re all young players, who Ole [Gunnar Solskjaer] is trying to sign,” Gray said on talkSPORT.

“All young players and he’s building for the future over the next three or four seasons before they can say, ‘right, we are now title contenders’.

“If [Solskjaer] gets Upamecano, along with Van de Beek, who is 23 years old, and I’m sure a forward player, that squad, you look at it and go: ‘now they can challenge’.

“They’re going against Liverpool, Man City, Chelsea or whoever might be at the top of the table – and they’re not underdogs even before the game has started.

“It’s a level playing field because that starting XI that Manchester United can put together is as good as what you see in the Premier League.”