Manchester United have been cheekily mocked by David Silva after the Manchester City legend helped inspire Real Sociedad to a 1-0 Europa League win over the Red Devils at Old Trafford on Thursday night. The Spaniard appeared to reiterate his affinity to City by tweeting “once again” followed by a blue love heart emoji in a show of allegiance to United’s bitter rivals and the reigning Premier League champions.

United were full of confidence heading into their Europa League opener against the La Liga outfit having enjoyed a resurgence over recent weeks, which has seen them win four Premier League matches on the spin. However, Erik ten Hag saw his side suffer a setback against Sociedad on Thursday night.

A blunt United were made to pay for their struggles in front of goal as Brais Mendes netted the winner from the penalty spot with just under an hour on the clock. Summer signing Lisandro Martinez was penalised for an apparent handball in his own area after Silva’s shot deflected off the Argentine’s knee and made contact with his arm as he dove to block the former City star’s effort.

Following the Old Trafford upset, Silva then took to social media to seemingly rub salt into United’s wounds with a show of support for his old side. The 36-year-old tweeted: “Once again” followed by a blue love heart emoji. While Sociedad posted alongside a video of Silva leaving the stadium: “Manchester is blue and white.” 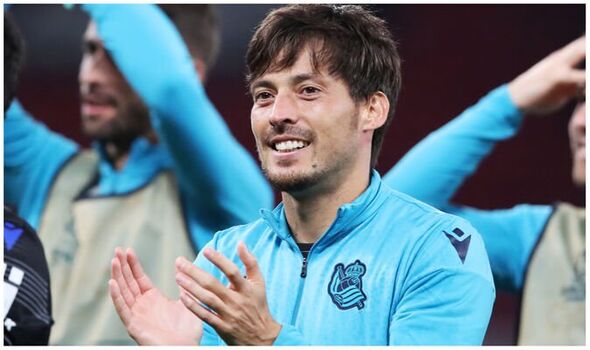 Sociedad’s win over United saw Silva claim his 10th success against the Red Devils in 21 appearances and a seventh victory in nine outings at Old Trafford. The 2010 World Cup winner famously starred and scored in City’s stunning 6-1 demolition of Sir Alex Ferguson’s United at the Theatre of Dreams back in October of 2011.

In his decade-long stay at City, Silva made over 430 appearances for the Sky Blues and scored 77 times, while also helping the Etihad outfit to four Premier League titles, two FA Cups and five League Cups. Following his City departure in the summer of 2020, Silva penned an emotional farewell to the club and its fans, in which he declared he would always remain a supporter of the club. 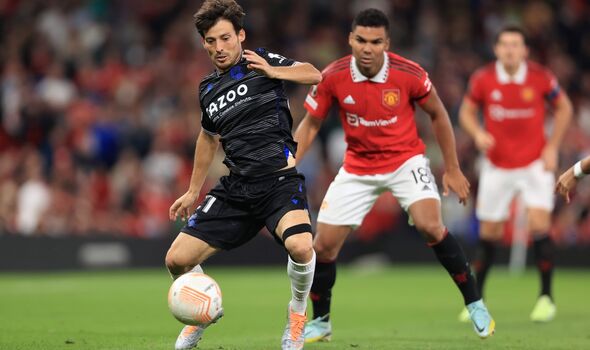 His farewell message included the words: “I hope that City will achieve even bigger triumphs in the future. I am going to support the team from a distance. I am so happy I have shared these unforgettable moments with the City family – you will always be in my heart.”

The 1-0 win for Silva’s Sociedad means the Spaniards sit second in Group E after the first match, while United are currently down in third. Sheriff, who United are scheduled to face in Moldova next Thursday, currently top the group after claiming a 3-0 win over Cypriot outfit Omonia Nicosia.

Erling Haaland's future 'is set to be decided by February'