Manchester United have been lined with a summer swoop for Jack Grealish with the Aston Villa man rumoured to have a release clause in his contract. Ole Gunnar Solskjaer is desperate to continue his rebuild with the 24-year-old.

Reports emerged this week that Grealish has a £45million buyout clause in his agreement.

But that does not add up with what Villa boss Dean Smith said at the end of last year.

Smith said in December: “We have not got any clauses in any contracts that allow people to buy players for a certain amount of money.” 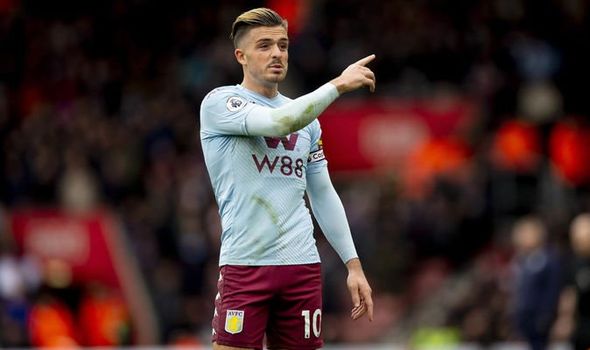 United are desperate to strengthen their midfield in the summer with Grealish and Leicester midfielder James Maddison at the top of their wish list.

That’s despite sealing a deal for Bruno Fernandes from Sporting Lisbon in January.

And Daily Record journalist Duncan Castles believes United have a real opportunity to sign Grealish in the summer.

“Jack Grealish, they made an attempt to sign in January, Aston Villa knocked that back,” Castles said on the Transfer Window podcast.

“Obviously not wanting to lose their key player during the season when they’re trying to retain Premier League status.

“I think there is a real opportunity for Manchester United there in the summer.

“Grealish is not a player you will see staying indefinitely at Aston Villa if he continues this progress in his game. And you would expect Aston Villa to take a big transfer fee for him at some point. 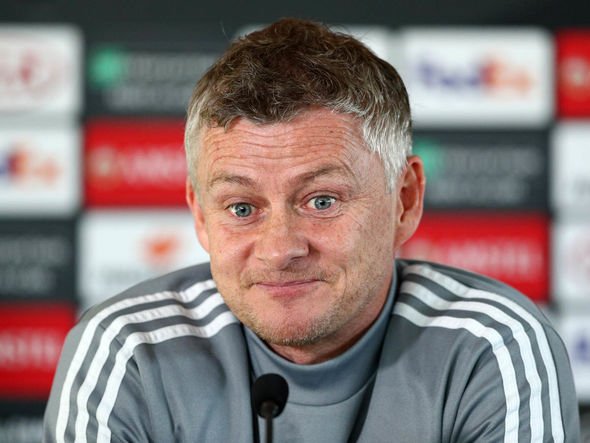 “The question of course would be ‘Does he choose to go to Manchester United should another affluent suitor come in who can offer him a more competitive football team to play in?’.”

United are back in action this evening when they take on Club Brugge in the second leg of their Europa League last 32 clash.

Ahead of the match, Solskjaer has demanded his side get the job done

He explained: “Win it. Win the game. That’s all that matters.

“It’s a knock-out competition and we’ve got to find a team that is going to create enough chances, to score goals and win games.

“And a team that is not going to concede chances. We want to look like a strong, energetic, aggressive Manchester United team.”

After the match with Brugge, United return to action against Everton in the Premier League on Sunday at Goodison Park (8pm).