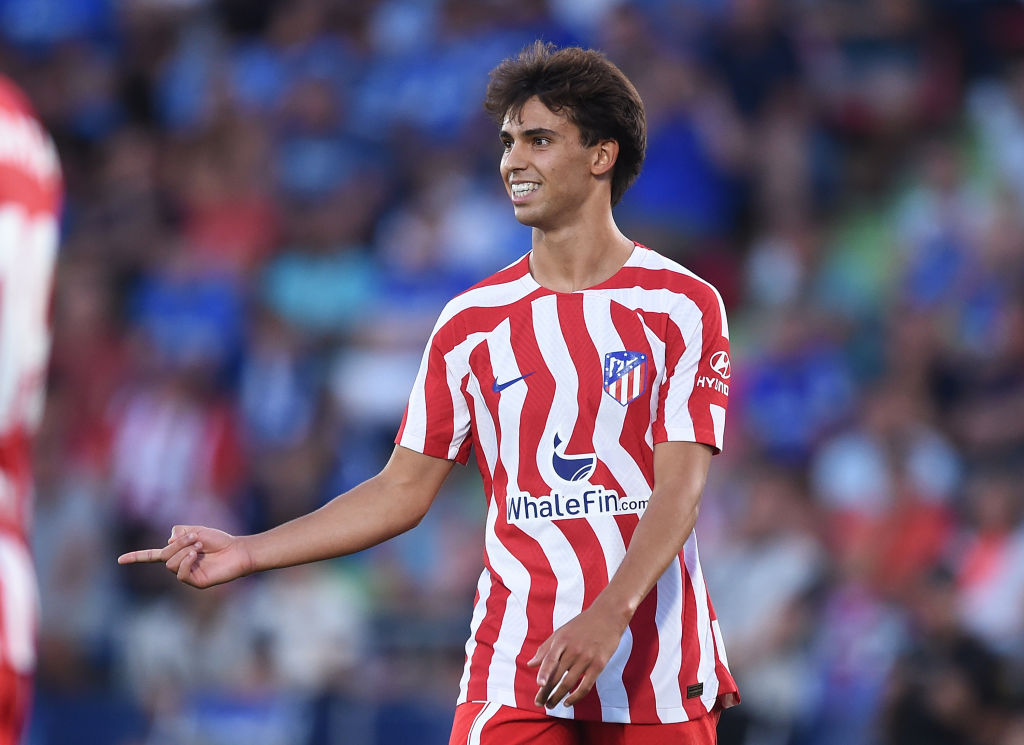 Manchester United officials met with Joao Felix’s representatives on Tuesday night with the club plotting a sensational move for the Atletico Madrid star.

With the club scrambling for further signings, United have already sent officials to Spain to explore an ambitious move for Real Madrid star Casemiro.

However, that isn’t their only business in the Spanish capital with Marca reporting United also dispatched emissaries to meet with Felix’s entourage and Atletico officials.

United made their intentions to sign the 22-year-old clear during meetings that took place at the Wanda Metropolitano and a central Madrid hotel.

However, Atletico have made it clear they do not wish to sell Felix, viewing him as a ‘franchise player’.

The report adds more talks are expected to take place in the coming days with United determined to do business in Madrid.

United are also planning for more talks over a move for Casemiro, with reports suggesting the club are preparing a £50million offer for the 30-year-old.

ESPN report that while Brazil international’s preference is to stay at the Bernabeu, he has not ruled out the possibility of a move to the red half of Manchester.

The two Frenchman started Real’s season opener against Almeria alongside Kroos at the weekend, with Casemiro among the subs.

Erik ten Hag is desperate to bolster his midfield and attacking options before the transfer window closes on 1 September.

Cristiano Ronaldo has been eager to leave Old Trafford throughout the summer with the Dutchman now reportedly ready to let the Portuguese go to avoid any further disruption to his squad.

In addition to Felix, United have also shown interest in his Atletico teammate Matheus Cunha. However, Los Colchoneros view the 23-year-old as an important player for the future.

Another Atletico forward in Alvaro Morata, who scored twice for Diego Simeone’s side at the weekend, is also thought to have been offered to United.