Manchester United have opened talks with the representatives of Ajax ace Donny Van de Beek. The Netherlands international has emerged as a target for Ole Gunnar Solskjaer, who is on the hunt for a midfielder to strengthen his options in the engine room.

The midfield was emerging as, arguably, the strongest area of Solskjaer’s squad before the coronavirus lockdown.

Bruno Fernandes’ arrival from Sporting Lisbon in January helped raise the Red Devils to an improved level, Scott McTominay’s progress was a notable development, Fred was justifying his £52million transfer fee and Nemanja Matic’s experience was proving crucial. They will also have Paul Pogba available when Premier League action resumes.

Despite his options, Solskjaer is eager to add a playmaker to United’s ranks.

Aston Villa captain Jack Grealish and James Maddison of Leicester City are long-term targets but Van de Beek, who is also interesting Real Madrid, has emerged as a potential option. 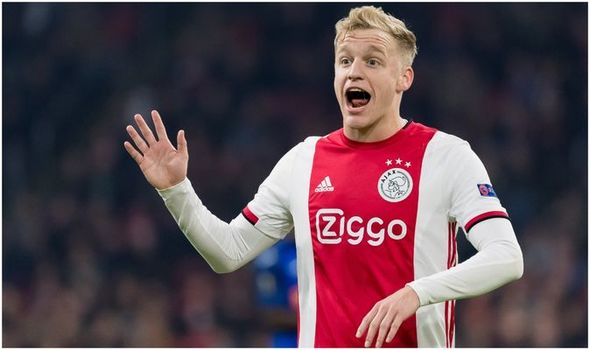 And, according to Italian football journalist Nicolo Schira, Old Trafford officials have been in touch with the 23-year-old’s camp.

“#ManUnited are interested in Donny #VanDeBeek,” Schira wrote on Twitter. “Red Devils have opened talks with his agents.”

Reports on Sunday claimed Real Madrid have agreed the outline of a deal with Ajax that would see Van de Beek move to the Bernabeu for £49m.

But United bigwig Ed Woodward is reportedly determined to strike an agreement for closer to the £36m mark.

Van de Beek has impressed for Ajax in recent years and, last season, helped them reach the semi-finals of the Champions League.

He is a box-to-box midfielder and his arrival would likely spark more speculation over the future of Pogba.

Real Madrid boss Zinedine Zidane is interested in signing the World Cup winner, who admitted last summer he was open to a new challenge.

Pogba has been limited to eight appearances across all competitions this season, but will be fit in time for the restart. 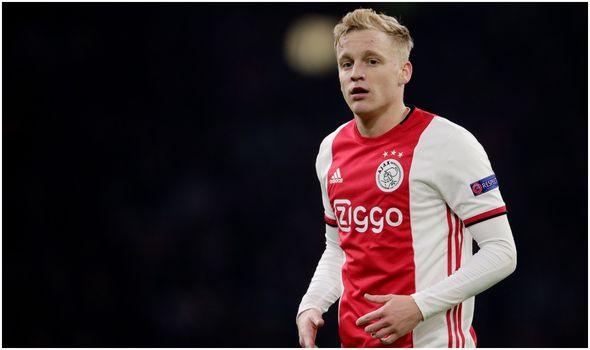 There are high hopes at Old Trafford that he can form a world-beating partnership with Fernandes – but Paul Scholes believes the Frenchman might struggle to win his place back in Solskjaer’s team straight away.

“Before the outbreak happened and the stop happened, you have to say that the players that were playing – McTominay, Matic, Fred – hey were really doing really well in midfield,” Scholes said.

“It’s not going to be straightforward for Paul. He’s got some work on his hands just to get back into the team.

“But we all know what Paul’s capable of. He’s a top player when he’s on form. “The better players you play with – surely that can only be to the benefit of the team.”