Manchester United are reportedly primed to loan out James Garner, Ethan Laird and Ethan Galbraith when the transfer window reopens this summer. And the Manchester Evening News claim that Hannibal Mejbri, Charlie McCann and Mark Helm are poised to replace them in the club’s second string next season. Ole Gunnar Solskjaer feels the aforementioned trio all need a loan spell to help boost their chances of making the grade at Old Trafford.

Manchester United boss Solskjaer has given young players plenty of opportunities to shine at Old Trafford since replacing Jose Mourinho in December 2018.

Mason Greenwood and Brandon Williams have both impressed in the first team this season, with big things expected of the pair.

And Solskjaer has also given the likes of Garner, Angel Gomes and Tahith Chong chances to make a name for themselves.

Yet Garner will reportedly be loaned out this summer, with the club hopeful he can continue his development away from the Theatre of Dreams.

Swansea have been linked with the 19-year-old, who has drawn comparisons with Michael Carrick for his slick and composed style of play.

Garner has been limited to just six appearances for United this season, featuring just once in the Premier League. 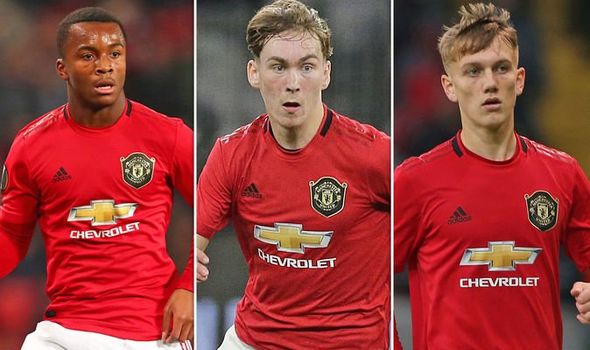 And it seems like Mejbri will step up to the reserves as his replacement for the U23s.

The Moroccan signed for the club from Ligue 1 giants Monaco back in the summer, with the Red Devils paying £9million to secure his signature.

He’s caught the eye for the U23s so far and, in training, he reportedly ‘takes the p*** out of his team-mates’ with his sensational ball work.

Also set for loan spells are Laird and Galbraith.

The 18-year-old is a left-back who, like Garner, hasn’t got as many opportunities as he’d hoped for this season.

The teenager has made just two appearances for the Red Devils, with both coming in the Europa League.

THINK YOU KNOW SPORT? Try our Sport’s quiz to test your knowledge during lockdown 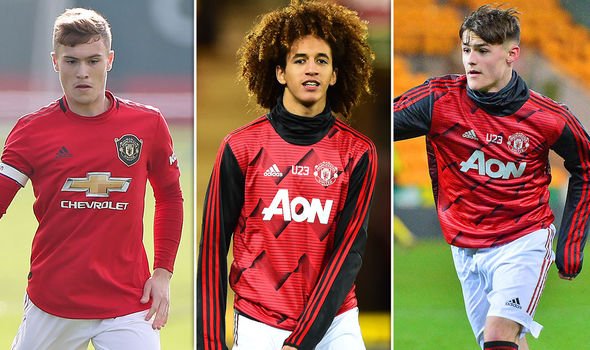 He was initially ahead of Williams in the United pecking order but, with Luke Shaw rediscovering his mojo, a temporary exit beckons.

And joining him out the door will be Galbraith. Both players will supposedly be replaced by McCann and Helm.

Of the trio, though, it’s Garner who United have big hopes for.

And Fred recently hailed the 19-year-old, tipping him to reach the very top if he continues to make an impression.

“They are great players,” he said, when asked about both Greenwood and Williams.

“The club has an important role in using many base players, it has this history of using the kids that come up from the base, it stays in the professional and makes history in the club, and this process is important.

“They are great players, with a lot of potential for the future.

“All are very good, they are not in the professional for nothing. But what impresses me most is Jimmy Garner.

“Not because he is in the same position as me, but he is a player who has an impressive vision of the game, has a huge future for United.

“In addition to the impressive game vision, he always plays with his head up, has an impressive kick, an incredible pass.

“He is a player that I admire a lot.”