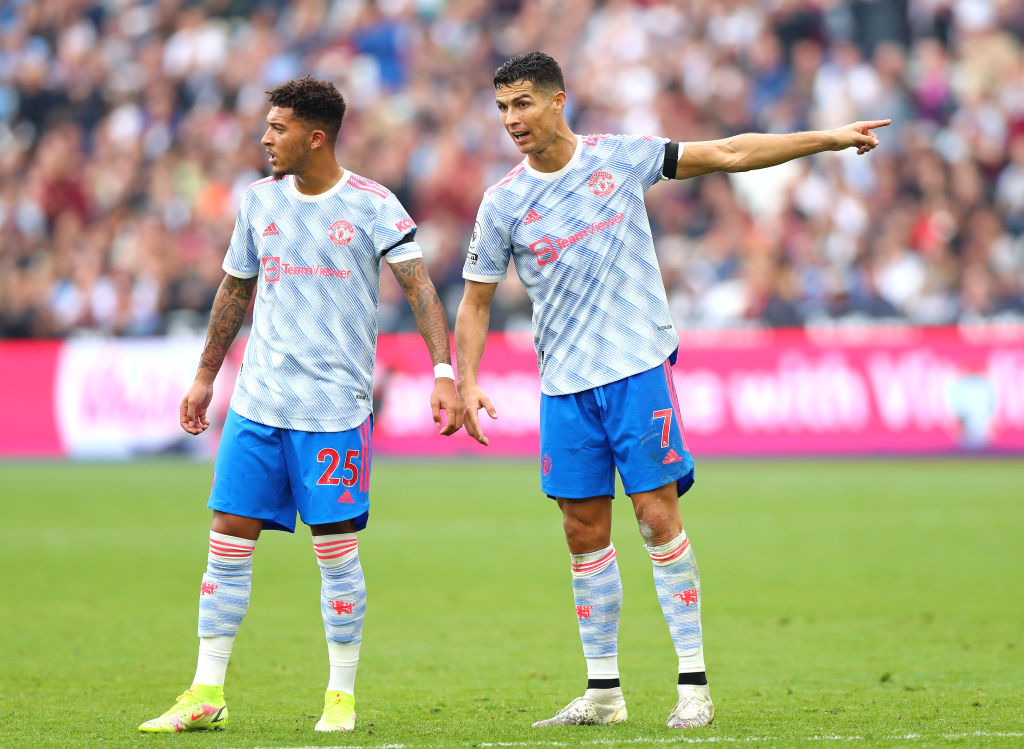 Manchester United’s trio of big signings over the summer saw their wage bill shoot up to an incredible £354m a year.

Cristiano Ronaldo, Raphael Varane and Jadon Sancho all arrived at Old Trafford during the last transfer window, leading to a 23.1 per cent increase in the club’s wage bill.

Unsurprisingly Ronaldo went straight to the top of the charts in terms of wages, pocketing £480,000-a-week, but Sancho and Varane have also immediately become two of the Red Devils’ highest earners.

The investments have added almost £1.1m-per-week to the Old Trafford wage bill, which has not really paid off on the pitch yet, with United sitting sixth in the Premier League and already nine points off top spot.

The wage bill was revealed in the club’s first quarter results for the financial year and it is not all bad news as revenues are also up significantly.

The outgoing executive vice-chairman Ed Woodward was pleased by the results, but insists the focus is on the pitch rather than balance sheets.

‘While these financial results today demonstrate our resilience through the pandemic, our top priority is success on the pitch,’ he said.

‘The manager, players and everyone at the club are determined to achieve that objective.’