Manchester United are reportedly in the final stages of agreeing Chris Smalling’s permanent exit to Roma. The Red Devils are desperate to trim down their squad this summer with Smalling among those heading for the exit.

The 30-year-old impressed out on loan at Roma last season and he’s keen for a permanent return to Italy.

Inter Milan had shown some interest in signing the defender, but it appears as though Roma have been the most keen to strike a deal.

Negotiations have been ongoing between United and Roma for several weeks now.

But the two clubs have so far been someway apart in their valuation, with United reportedly wanting up to £18million.

JUST IN: What Man Utd can expect from Sergio Reguilon as Ed Woodward eyes star 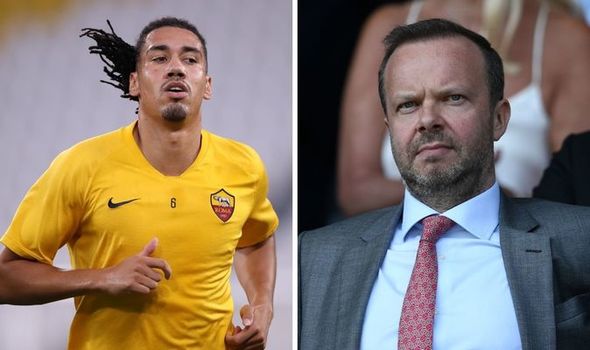 Roma have been reluctant to meet those demands with reports claiming they’ve only offered up to £13m.

However, they may now be in a stronger financial position to press ahead with a move after selling Patrik Schick to Bayer Leverkusen for £24m.

That could free up the funds to go after a move to sign Smalling on a permanent basis.

And according to Gianluca Di Marzio, personal terms have already been agreed.

It is claimed that Smalling has accepted terms for a one-year contract at Roma.

Roma are now said to be confident they can strike a deal with United with talks to be intensified over the next few days.

Smalling isn’t the only defender set to leave Old Trafford this summer with both Marcos Rojo and Phil Jones attracting interest.

Rojo joined Estudiantes on loan in January, but he managed just one appearance before picking up an injury. 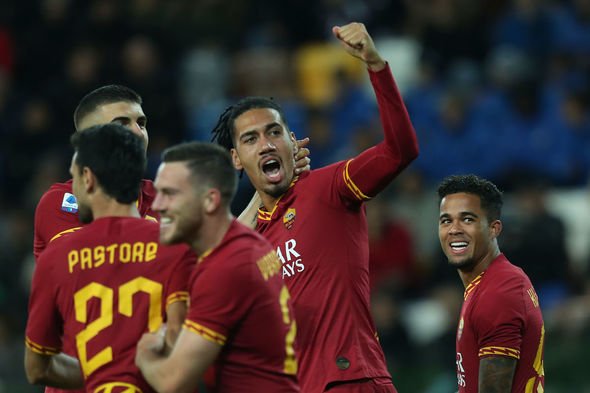 United boss Ole Gunnar Solskjaer doesn’t consider the defender as part of his plans moving forward and Rojo also wants to return back to Argentina.

“My idea is also to try to stay at Estudiantes,” he said in August.

“I played a game, got injured and all of this happened.

“That is why I will see in September if the loan can be extended and continue for a few more months.”

Pochettino: I want to manage Tottenham again before I die

Messi and Ronaldo not up for UEFA Player of the Year for first time in 10 years
Recent Posts
This website uses cookies to improve your user experience and to provide you with advertisements that are relevant to your interests. By continuing to browse the site you are agreeing to our use of cookies.Ok