Manchester United star Bruno Fernandes had a furious row with Ole Gunnar Solskjaer during the 6-1 defeat to Tottenham, reports say. The Portugal international opened the scoring against Jose Mourinho’s side last Sunday. But he was hauled off at half-time with the game already beyond the Red Devils.

Manchester United struck early against Tottenham, with Fernandes’ goal from the penalty spot giving them the lead.

But, from that moment on, it was one way traffic.

Spurs overturned the deficit courtesy of goals from Tanguy Ndombele and Tanguy Ndombele, with United star Anthony Martial then being dismissed for an elbow on Erik Lamela.

And Tottenham scored further goals to inflict a heavy defeat on Solskjaer’s side, with Son, Harry Kane (2) and Serge Aurier all on target before full time.

Earlier in the week, reports claimed that Fernandes had vented his anger at half-time.

And The Mirror back this up, saying the Portugal international actually had a go at Solskjaer himself – which was why he was substituted. 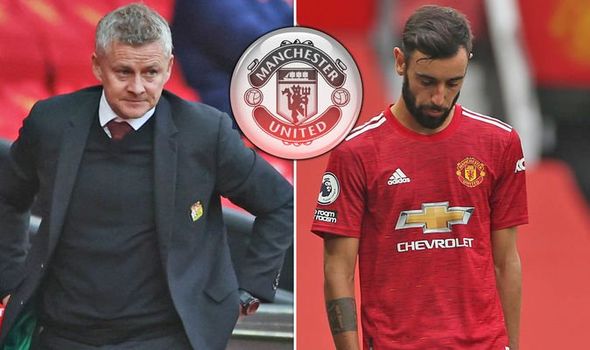 “You couldn’t help but hear him,” a source is quoted by the publication as saying.

“He was clearly in a rage after having a face like thunder when he raced down the tunnel.

“It was clear that the manager also came under fire because he was going on about the wrong tactics.

“There were other raised voices, but his was the one which seemed to carry the main force.”

In a diplomatic move, Solskjaer hooked Fernandes and replaced him with Fred knowing his side were heading for defeat. 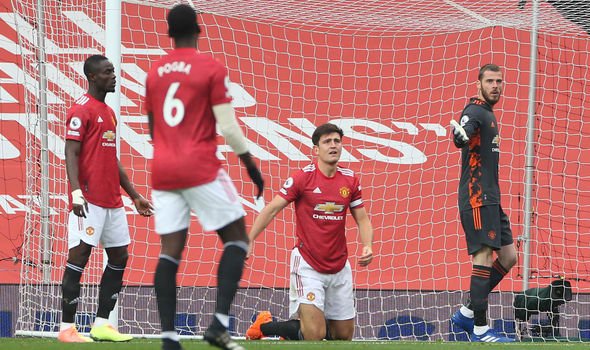 But while talk of a bust-up has emerged, a United official told the publication: “There was no row. Players often express their views.”

Meanwhile, speaking after the defeat to, United star Luke Shaw admitted he had been ‘embarrassed’ to be on the pitch.

The England international lasted the whole 90 minutes and, like many of his team-mates, failed to show his best on a chastening afternoon.

“It really hurts, it’s embarrassing and we’ve let a lot of people down. We’ve let ourselves down and the staff down.

“It’s embarrassing. I was embarrassed on the pitch. We need a long hard look at ourselves.”

Solskjaer himself said: “We have contributed a lot to our own downfall.

“To explain now is quite difficult. We have been beaten 6-1 at home by a very good side.

“It is not the worst day in Manchester United history, we have bounced back before.”