Manchester United have a new hero in Bruno Fernandes. The Portugal international has one goal and two assists from four appearances for the club since joining from Sporting Lisbon in January. And his performance in the 3-0 victory over Watford was his best display yet.

Manchester United delivered in front of a delighted Old Trafford, hitting Watford for three to ensure they put pressure on Chelsea in their battle to make the Premier League top four.

All eyes were on Fernandes going into the game, with the 25-year-old previously impressing in matches against Wolves, Chelsea and Club Brugge.

And Fernandes delivered, driving United to the points with a brilliant individual display.

He got his first goal for the club from the penalty spot, winning the spot-kick beforehand.

It was a stunning display for the United star. 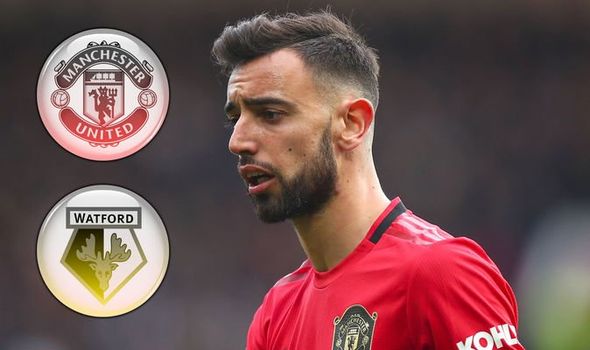 And one that looks even better when you look at the statistics from the showdown at Old Trafford.

According to Squawka, the Portugal international racked up two 100 per cent statistics during the match.

He reportedly completed 100 per cent of his take-ons – while also winning every tackle he attempted.

United have struggled for midfielders in recent years with the likes of Bastian Schweinsteiger, Daley Blind, Morgan Schneiderlin and Angel Di Maria all failing to meet expectations.

But Fernandes’ storming display suggests he won’t be another player to fail to hit the heights. 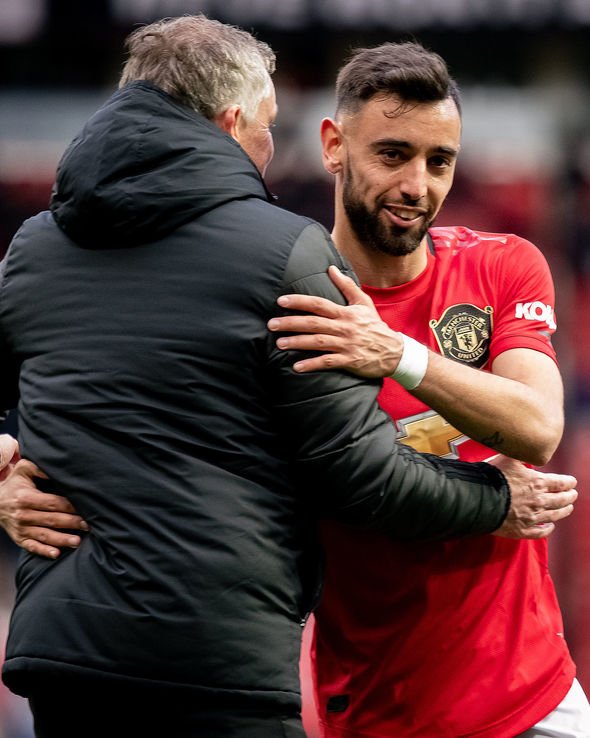 He managed 85 touches throughout the game, with a 71 per cent pass accuracy.

Fernandes had five crosses during the match, having previously managed just one from his first two starts.

And, with an assist and goal to his name, the former Sporting star was easily the pick of the bunch.

Speaking after the game, Fernandes hailed the win – and talked up Martial.

“This is the day every player wants to have,” he said.

“I hope Martial scores more goals too like he did tonight.”

On his penalty, the Portugal international added: “It’s the way I shoot a penalty, it’s where I feel confident.

“I do not shoot just that way but it felt the best way today.”