Manchester United are still on the lookout for another attacker who can challenge Anthony Martial for a starting spot this season and they targeted Victor Osimhen earlier in the summer but he apparently rejected a move because of Odion Ighalo.

Ighalo joined United from Chinese side Shanghai Shenhua on loan after they missed out on Erling Braut Haaland.

The 31-year-old did enough to convince Ole Gunnar Solskjaer to extend his stay and he will remain at Old Trafford to provide back-up for Martial until January.

However, that decision appears to have stopped one of the brightest young forwards in Europe from joining the Red Devils.

United made an approach for Osimhen earlier this summer but the 21-year-old instead opted to join Napoli in a £63m deal.

Liverpool and Tottenham were also linked with the former Lille attacker. 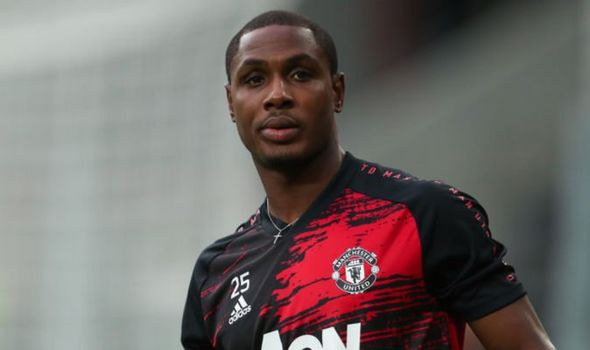 Osimhen’s brother, Andrew, claims the ex-Wolfsburg forward turned down Solskjaer’s offer out of respect for his fellow Nigerian Ighalo.

“It is very true that Manchester United wanted Victor but he told me something like he had too much respect for Odion Ighalo to be competing for shirts with his senior colleague,” Osimhen’s older brother told Complete Sports.

“My brother holds Ighalo in high esteem and he just didn’t see himself going to Old Trafford to battle for a striking role with the highest goal-scorer at the 2019 AFCON in Egypt.”

Osimhen netted an eight-minute hat-trick on his Napoli debut in a pre-season friendly against L’Aquila last month.

“It’s too easy to get excited now, we’ve got to give him time and let him work, not put pressure on,” said Gattuso.

“He is an important player and we paid a lot for him, but there were no doubts he would give us something different that we haven’t had in my time here. There’s a long way to go.” 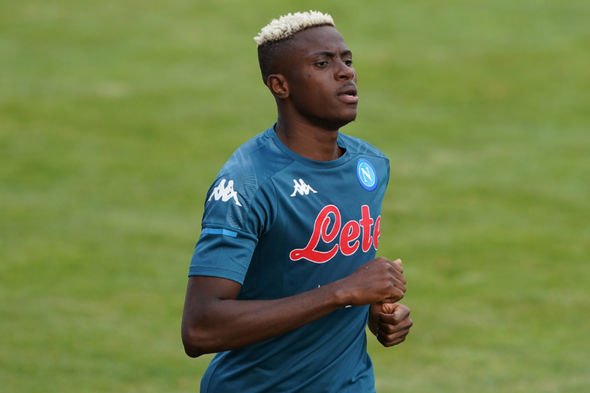 Osimhen scored 18 goals across all competitions last term and was named Lille’s player of the season.

He was initially bought from Belgium’s Charleroi to replace Nicolas Pepe, who joined Arsenal.