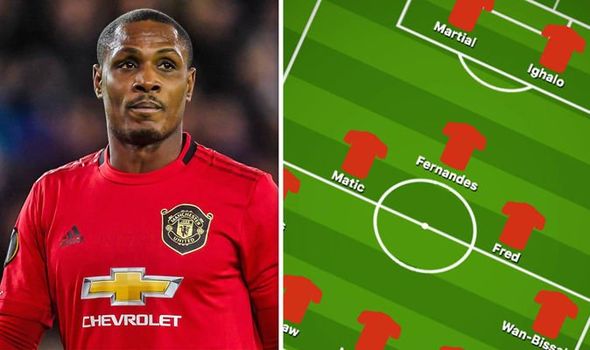 Odion Ighalo could be handed his full debut for Manchester United in Sunday’s Premier League clash against former club Watford. The ex-Watford striker has made two cameo appearances for the Red Devils since sealing a deadline-day loan move from Shanghai Shenhua last month.

Ole Gunnar Solskjaer has indicated Ighalo is in contention to start the Premier League clash alongside Anthony Martial – if Mason Greenwood is not at full fitness.

Speaking about Ighalo, Solskjaer said: “Everyone says that [players raise their game] against their old team when they score, but there are also many games when you don’t score.

“Odion is getting more and more minutes, but [whether he starts] depends on Mason as well of course, and how Anthony [Martial] is [after playing on Thursday].” 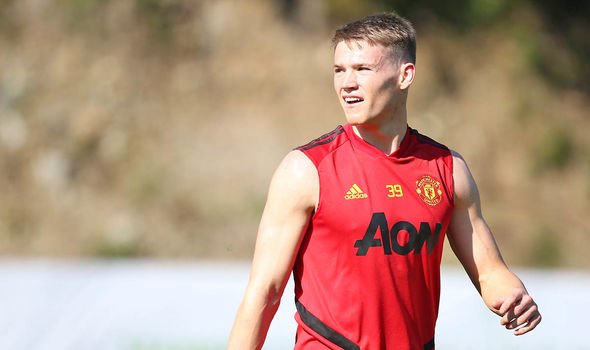 Solskjaer could make six changes to the XI that started the 1-1 draw with Brugge.

David De Gea will return between the sticks in place of Sergio Romero while Eric Bailly should take Victor Lindelof’s place to partner Harry Maguire and Luke Shaw in a back three.

Aaron Wan-Bissaka is expected to return in place of Diogo Dalot at right-wing-back while Brandon Williams will keep his place on the opposite flank.

Fred and Bruno Fernandes are set to take their places in midfield alongside Nemanja Matic in place of Andreas Pereira and Juan Mata respectively.

Jesse Lingard is likely to drop out in place of Ighalo.

Scott McTominay could return to the bench after a long spell on the sidelines with a knee injury.

“I think he might be in the squad,” said Solskjaer.

“Scott had a rest day today, so let’s see how he is tomorrow.” 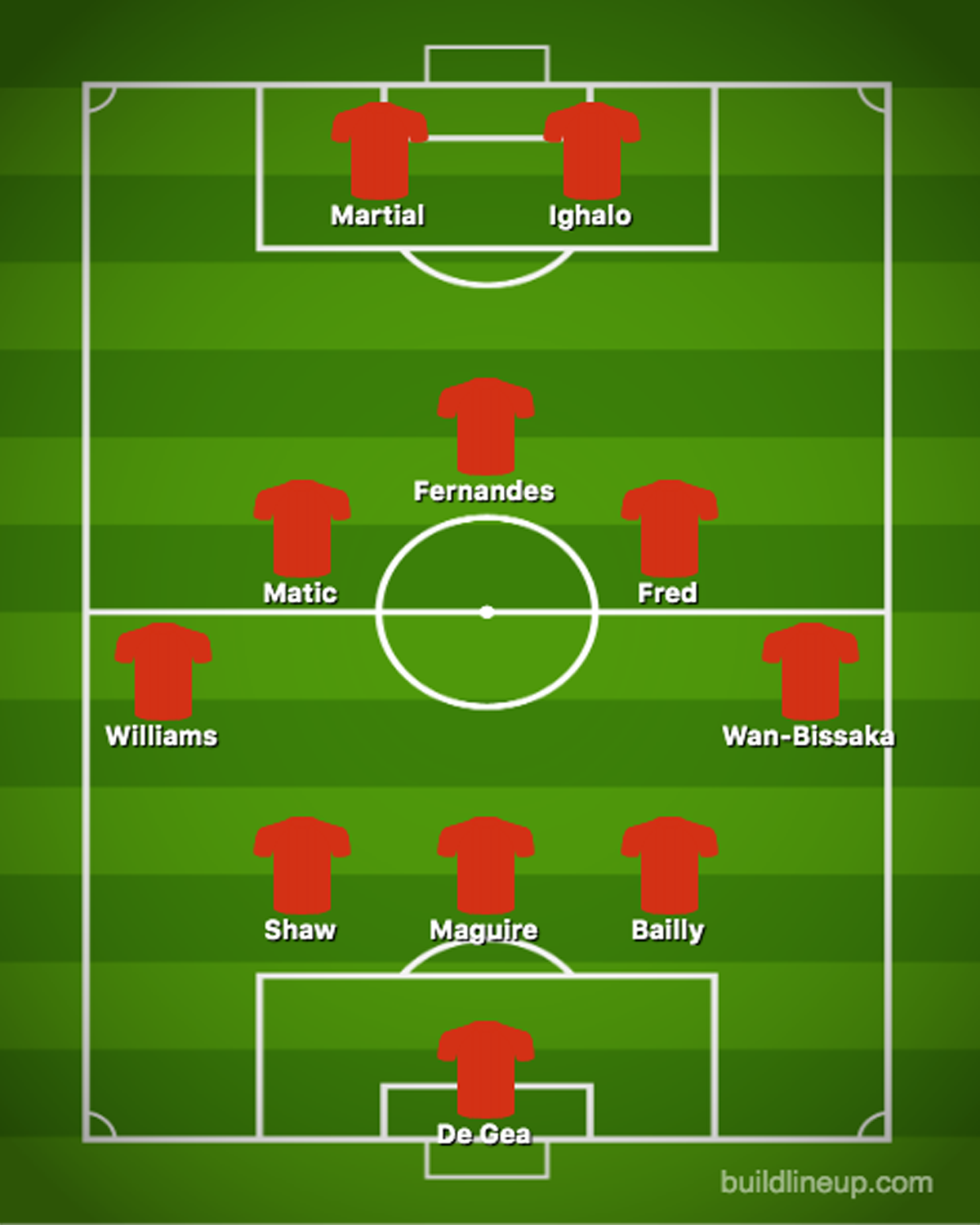 The United boss added: “I’m not surprised [he’s back so soon] because that’s the type he is.

“He’s a physical specimen, he’s a leader. He never shirks a tackle and he brings everyone with him. He can sit with Nemanja [Matic] and Fred or he could be one of the runners in midfield.

“Talking about that here today, we don’t really make enough runs past the striker. Scott used to be a striker so he’s used to being in the box.”