Former Manchester City defender Joleon Lescott believes the Brazilian, who was excellent during PSG’s run to the Champions League semi-finals, would be a more important addition than Tottenham forward Harry Kane.

Solskjaer’s side are second in the top-flight but remain 10 points behind their city rivals, whose third title in as many years will be confirmed if the Red Devils lose against Leicester City on Tuesday. Even a draw against the Foxes will make catching City almost impossible given that the latter have a far superior goal difference.

United’s 3-1 win over 10-man Aston Villa on Sunday extended City’s wait to be crowned champions. A vastly improved second-half performance was required to turn the game around after Bertrand Traore thumped in the opening goal. 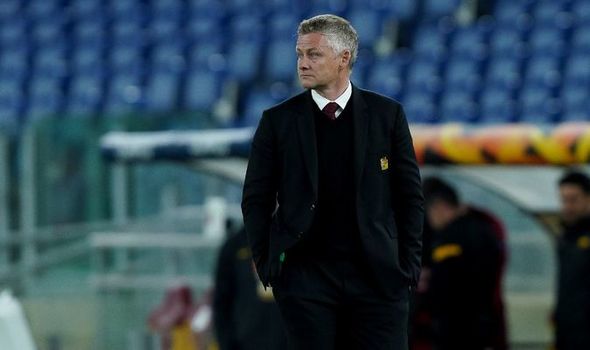 Marcus Rashford then crossed for substitute Edinson Cavani to glance in a third against the Villans, who had Ollie Watkins sent off in injury time.

But Villa’s goal exposed a familiar problem for United. Victor Lindelof failed to neither clear nor make a tackle on Traore before the former Chelsea forward slammed a shot across Dean Henderson and into the top corner.

Central defender Harry Maguire has lacked a partner of his quality since he arrived from Leicester in 2019.

Both Lindelof and Eric Bailly have been prone to errors. The pair could start together on Tuesday if the injury that forced Maguire off against Villa is serious.

And former England defender Lescott believes securing a top-quality partner for Maguire should be United’s priority, rather than signing a striker. 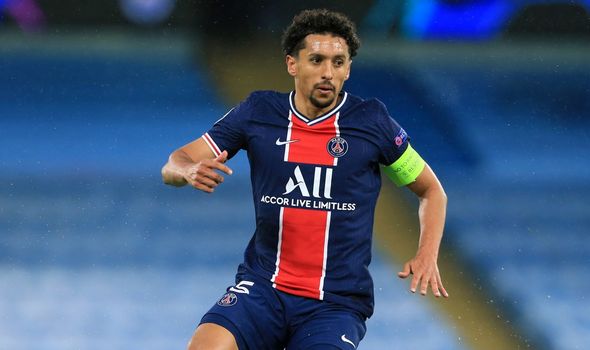 The 38-year-old revealed a chat with ex-United defender Rio Ferdinand who agreed that signing Marquinhos would strengthen the club’s chances of a first league title since 2013.

Marquinhos starred for PSG in their Champions League quarter-final win against Bayern Munich, scoring in the first leg.

He then headed in the opening goal of the semi-final first leg against Manchester City and played well across both matches, despite Mauricio Pochettino’s side succumbing to a 4-1 aggregate loss. The 26-year-old has a deal with the French side until 2024.

“That (signing a defender) is the biggest thing, for me,” Lescott said as a pundit for Sky Sports.

“Harry Kane, yes, he would improve them, but I think it’s more important to go and get a centre-half.

“I was speaking to Rio (Ferdinand) recently, we were talking about Marquinhos.

“I think if they were to get him, someone of that stature, that would instantly propel them into contenders.

“If they don’t do that, yeah they can score goals and win games but they can’t rely on the defensive side of their game against the bigger teams in the league.”