Manchester United’s incredible treble-winning team of 1998-99 has been voted as the greatest ever Premier League side. Fans have been voting on the league’s best team since 1992 to celebrate 30 years of the Premier League.

The Red Devils secured three trophies that season, clinching a treble thanks to a remarkable 2-1 Champions League victory over Bayern Munich. Teddy Sheringham and Ole Gunnar Solskjaer scored in added time to complete a wonderful turnaround.

And fans believe they are better than the Arsenal Invincibles and recent Manchester City and Liverpool teams. The Gunners went an entire season unbeaten in 2003-04 and won the top-flight title.

Supporters do not even believe Arsene Wenger’s side deserve to be outright runners-up. The Invincibles are tied with the only Liverpool team to win a Premier League title, with the Reds overcoming Man City to finish at the summit of English football in 2019-20 when they reached 99 points.

JUST IN: Mikel Arteta makes transfer promise to Arsenal fans ahead of Palace 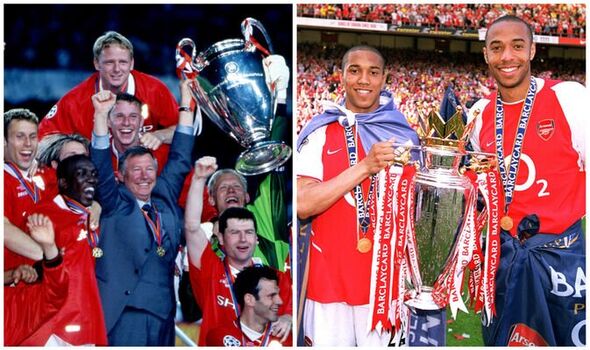 Betfair, in partnership with YouGov, asked over 1,000 fans to vote for the greatest Premier League team of all-time. Man Utd, Man City and Chelsea each have two teams included in the top 10.

City’s 2017-18 team is the only one to reach 100 points in a single season since the Premier League’s inauguration in 1992. But they do not make the top three – missing out to United, Arsenal and Liverpool.

In fifth place is another famous United team. The Red Devils won the second of three consecutive league titles in 2007-08 and once again went on to win the Champions League. 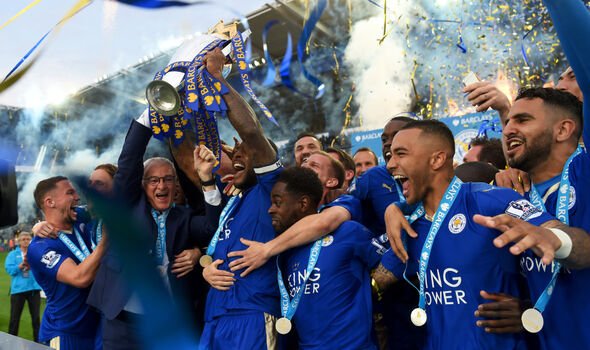 There was no place in the top five for the Leicester team that defied 5000/1 pre-season odds by miraculously storming to the league title in 2015-16. Claudio Ranieri’s side were so dominant that they finished 10 points above second-place Arsenal.

In seventh was another Man City team – the 2018-19 title-winning side who became the first group of players to win consecutive Premier Leagues since close rivals United did in 2009. Pep Guardiola’s side have now won four of the last five league titles and are favourites for yet another come May 2023.

Jose Mourinho’s first Chelsea team – in 2004-05 – came eighth in the vote. The Portuguese breezed the top-flight in his first season and went on to win another the year after. However, Chelsea would not win another Premier League for four years.

The only Blackburn team to win the Premier League was voted ninth, with Alan Shearer and Chris Sutton forming an excellent strike partnership. Antonio Conte’s title-winning Chelsea team of 2016-17 made up the top 10.