Manchester United’s long-winded Frenkie de Jong transfer saga shows no sign of coming to an end soon, with the Barcelona midfielder still seeming reluctant to make the switch to Old Trafford. That is despite Barcelona’s best efforts to force him out in a bid to balance the books after a summer of hefty spending. 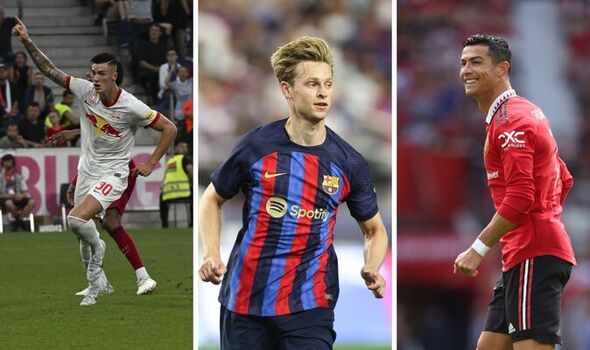 Xavi has refused to shut down talk of De Jong joining United, but Chelsea are also planning to make an offer and are understood to be the Dutchman’s preferred destination. Meanwhile, Erik ten Hag’s search for a striker is going on with Ajax star Antony seemingly far too expensive.

RB Salzburg’s 19-year-old sensation Benjamin Sesko is on United’s radar but the club are also said to be looking at £17m-rated Stuttgart striker Sasa Kalajdzic as well.

Ten Hag made an attacker one of his priority positions for reinforcements at the start of the summer but the urgency to bring one in has been upped with Cristiano Ronaldo’s future uncertain. The Portuguese superstar made his return for United on the weekend as a second-strung XI drew 1-1 with Rayo Vallecano but the veteran forward maintains that he wants to leave for a Champions League club.

It’ll be interesting to see what unfolds throughout the day, with the start of the new Premier League season now under a week away.

United look unlikely to sign Frenkie de Jong by then.

And, to make matters worse, Sport have claimed Chelsea have now confirmed to Barcelona they’ll be entering the race for the Netherlands international.