Mason Greenwood was among six changes made by Ole Gunnar Solskjaer for Manchester United’s Premier League clash with Watford.

Absent from Thursday’s Europa League trip to Club Brugge through illness, the 18-year-old made his first Premier League start since the Boxing Day win against Newcastle.

Scott McTominay sustained a knee ligament injury in that match and returned to the squad for the first time since then on Sunday, while Craig Dawson replaced Adrian Mariappa in Watford’s alteration.

Staying in the Premier League is Watford manager Nigel Pearson’s sole focus ahead of their trip to Manchester United.

Pearson has given the Hornets a fighting chance of survival since his appointment in December, with a 2-0 home win over United an obvious highlight of his short tenure so far.

Watford head north with a chance of ending the weekend outside the bottom three and Pearson wants being there in May to be the only thing on their minds.

“The Premier League is such a huge brand and it’s easy to get sidetracked. I’ve got to try and remain focused and realistic,” he said.

Pearson masterminded a survival act at Leicester in 2015, but knows he needs to find new methods this time around.

“Every situation I’ve been in as a player, as a manager and as a head coach, the circumstances are different,” he said. “It’s difficult to compare one against another. The Leicester season, in 14/15, was an incredible turnaround, but that side had been built over a number of years and there was an identity which was very real within the club.

“One of the big factors is recognising that things are different. I’m not a believer in that what has worked somewhere else will do somewhere else.

“If you work like that you’ve got no chance. Adapting to what is required and understanding what is going on at another club and trying to keep focused is what’s really important – and concentrating on getting our preparation right for every game.” 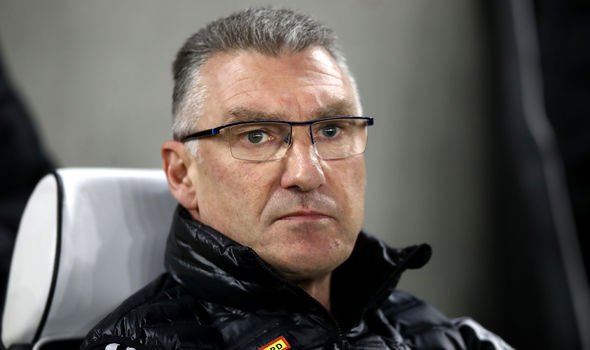 Lawrence: Once again, Ole Gunnar Solskjaer is pandering to Anthony Martial. The only reason he starts Mason Greenwood is so he can pull him off and not Martial when there are no goals. Why buy Odion Ighalo if you’re not going to play him, how many games are there left!

Chris: Solskjaer has his critics but he’s slowly sorting through the rubbish. Previous manager’s failed at that massively!

Tim: Bought Odion Ighalo, a proven Premier League striker to deputise for injured Marcus Rashford and you decide to keep him on the bench to play Mason Greenwood. I’m not saying Greenwood isn’t a good striker but Manchester United will struggle against Watford today. 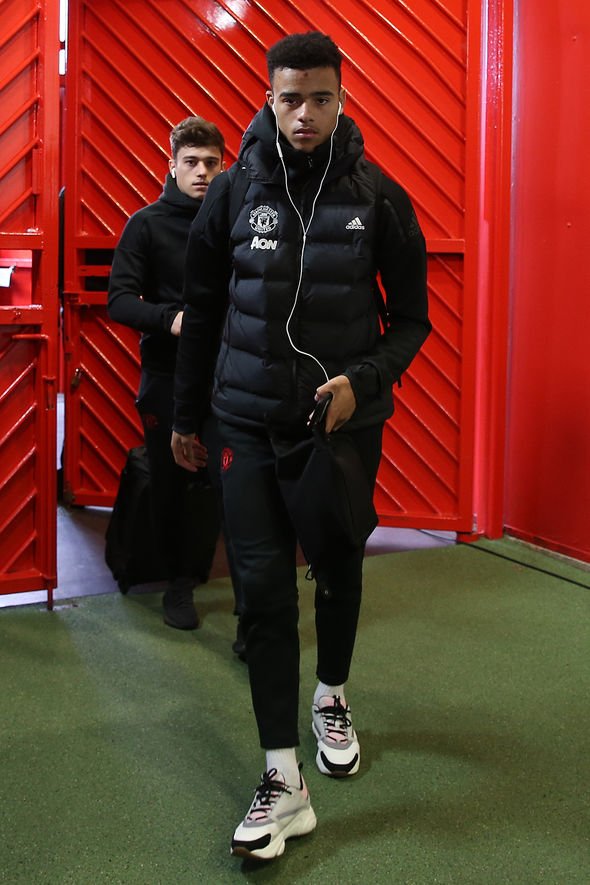 Juan Mata is determined to make amends for Manchester United’s most chastening loss of the season.

Things were looking up for Ole Gunnar Solskjaer’s side as they headed to Vicarage Road just before Christmas, having recently secured impressive Premier League victories against Tottenham and Manchester City.

But things went awry in spectacular fashion in Hertfordshire as Nigel Pearson’s first match as Watford boss ended in a surprise 2-0 win.

And Mata is after sweet, sweet revenge.

“Yeah, that wasn’t a very good day for us… neither the performance nor the result,” United midfielder Mata said.

“They have been doing well under their new manager. I always thought they had a very strong team physically and they are difficult to beat. So it will be tough but hopefully we can get a good result and from there build until the end of the season.” 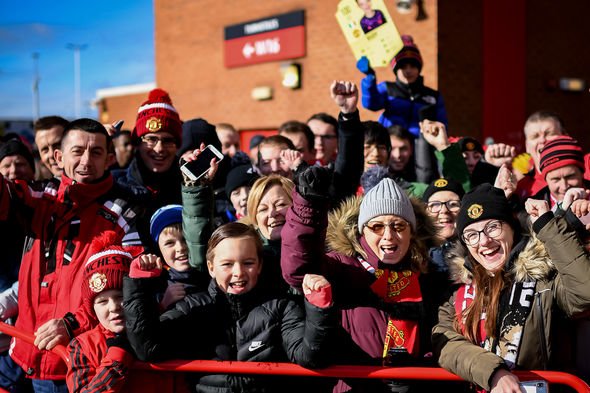 Ole Gunnar Solskjaer wants Manchester United to ‘join the party’ and challenge the multitude of clubs eyeing a top-four finish.

It’s tight at the top with Chelsea being chased by five or six clubs looking for Champions League qualification.

“We need more wins. Let’s join the party and try and challenge for that top four,” Solskjaer said.

“Watford are very well organised and are always a threat, we need to be at our best. Mason Greenwood didn’t travel to Bruges but he feels OK.” 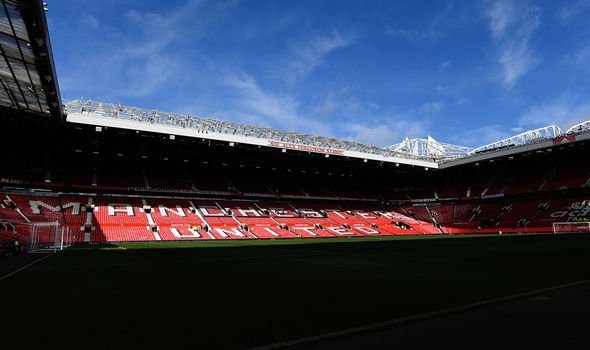 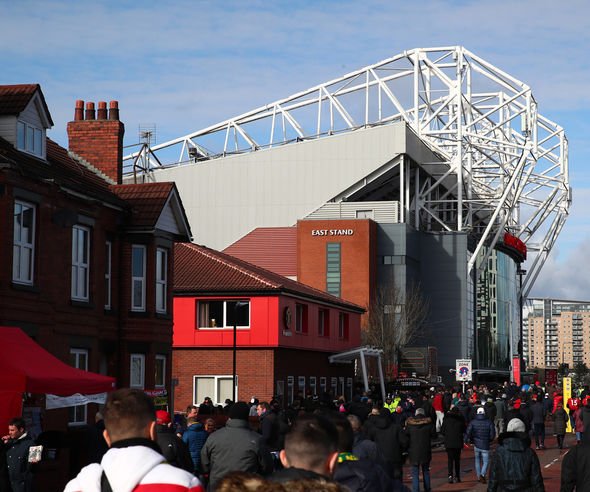 As I said previously, Manchester United have made six changes from the 1-1 draw with Club Brugge on Thursday evening.

But I’ll be starting with who’s NOT included. Fans rejoice as Jesse Lingard and Andreas Pereira are absent from the squad completely. And that’s got nothing to dow with injuries I believe.

Elsewhere Odion Ighalo stays on the bench for the Red Devils as teenager Mason Greenwood starts up front. Ole Gunnar Solskjaer partners Harry Maguire with Victor Lindelof, with Eric Bailly among the substitutes. That’s caused quite a stir on the Twittersphere. Hate myself for using that term.

Scott McTominay returns from injury but is only fit enough for the bench.

As for Watford, Nigel Pearson makes just one change from the 1-1 Premier League draw with Brighton. Adrian Mariappa drops to the bench, with Craig Dawson stepping in. 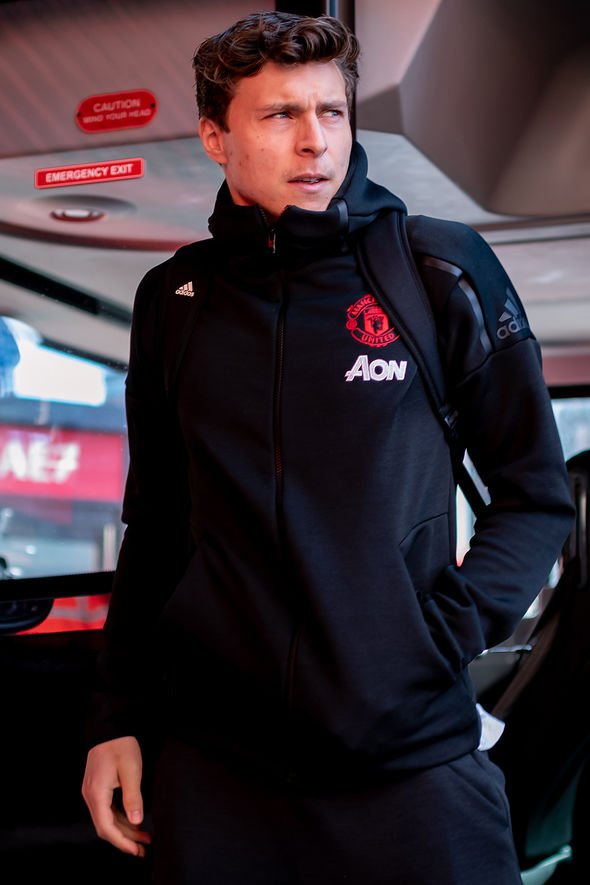 OK, we have the team news folks. Surprises? Kind of. Manchester United make six changes from the Europa League draw with Club Brugge as Mason Greenwood gets a start up front.

Prior to kick-off in today’s game at Old Trafford, there will be a minute’s silence to remember Manchester United’s beloved former goalkeeper, Harry Gregg OBE. 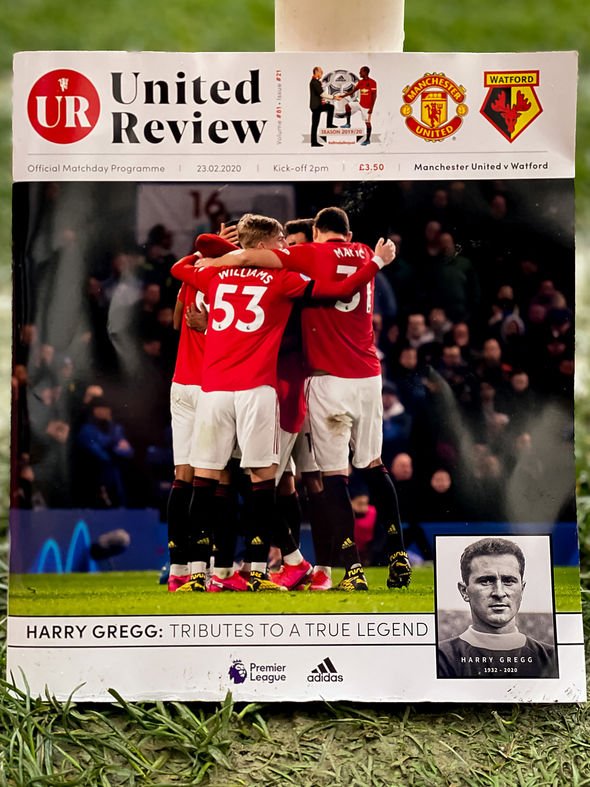 You mean aside from drinking my bodyweight in Gin? There were some football matches, I think…

Frank Lampard got one over his former manager as Chelsea beat Jose Mourinho’s Tottenham 2-1 with goals from Olivier Giroud and Marcos Alonso in yet another match affected by VAR controversy.

Elsewhere VAR was key to Burnley’s comprehensive 3-0 home victory against Bournemouth, while Shane Long scored with his knee as Southampton beat Aston Villa 2-0 to ease their relegation fears.

Oh and Patrick Van Aanholt’s own stunning strike secured all three points for Crystal Palace against Newcastle and Sheffield United and Brighton shared a 1-1 draw at Bramall Lane to spoil my accumulator. 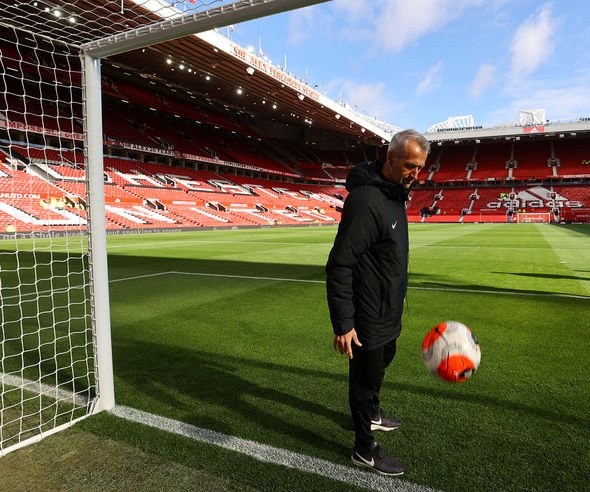 It’s bloody wonderful in Manchester. This ends my Michael Fish-esque weather report. Thanks for listening.

Three Premier League fixtures are on the menu this afternoon.

We start at Old Trafford with Manchester United vs Watford. And while that’s going on Europa League destroyers Wolves entertain relation-threatened Norwich at Molineux Stadium.

To finish things off there’s the small matter of Arsenal vs Everton as Mikel Arteta and Carlo Ancelotti go toe-to-toe at the Emirates. Sort of a Master vs Apprentice thing going on there. 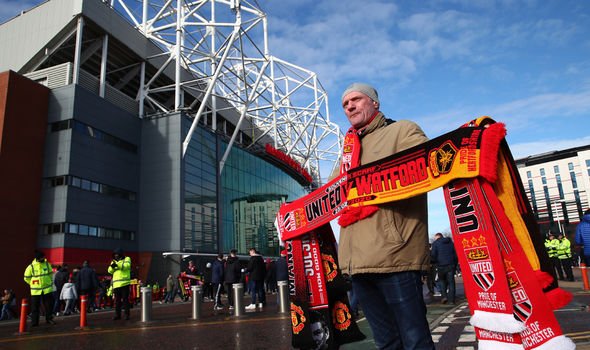 Hello everyone and welcome to our LIVE coverage of Manchester United vs Watford from Old Trafford.

How’s everyone feeling this morning? I made the fatal mistake of attending a housewarming party yesterday.

Sounds innocent enough, agreed. But I arrived strutting my stuff like Tyson Fury and departed very much in the style of Deontay Wilder.

Anyway, now that I’ve subtly lowered your expectations on the quality of today’s blog – let’s begin.

Both sides arriving needing points but for very different reasons. Nigel Pearson has given the Hornets a fighting chance of survival since his appointment in December while Ole Gunnar Solskjaer is aiming to leapfrog Tottenham into fifth position.

Shall we have some team news? Splendid. 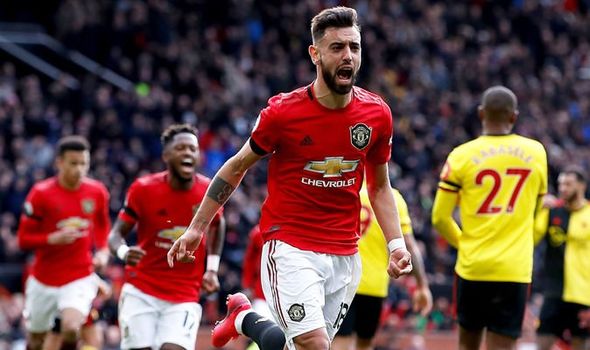 Out since Boxing Day with a knee problem, the Scotland international is back in full training and Ole Gunnar Solskjaer says he might be in the squad on Sunday.

Mason Greenwood will be checked after missing the midweek Europa League trip to Club Brugge through illness. Axel Tuanzebe and Phil Jones trained ahead of the trip to Belgium but did not make the United squad.

Watford have an almost fully-fit squad after Kiko Femenia and Ismaila Sarr returned to training.

Femenia has been out since New Year’s Day with a hamstring injury and Saar has been sidelined for a month. Daryl Janmaat is therefore the only absentee but he too is closing in on a return after a knee injury.