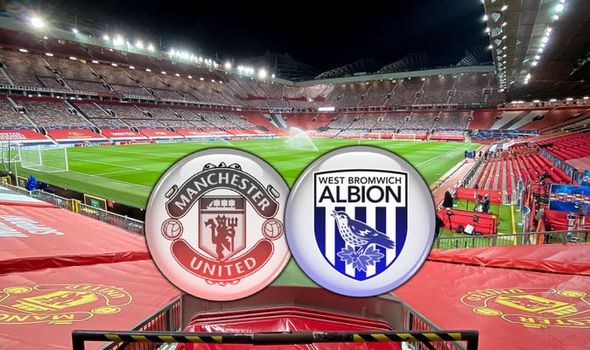 – Match kicks off at 8pm

Manchester United welcome West Brom to Old Trafford as they still seek their first home win of the Premier League season. The Red Devils have lost three of their four matches at home this term.

And Ole Gunnar Solskjaer said pre-match: “We’ve had four home games in the league. The first one we didn’t have any preparation and Palace deserved it.

“Then Anthony Martial did not deserve to be sent off against Tottenham but, after he was, they deserved the win.

“Then both the Chelsea and Arsenal games were very tight and if we had our fans might they might have sparked that little extra X Factor we needed.

“It’s a different sensation playing in front of the Stretford End without fans, they usually score a goal for us.

“It’s something we want to correct and hopefully we’ll get our first win against West Brom.”

West Brom boss Slaven Bilic meanwhile thinks the Baggies will be right up against it this evening and said: “Still they are Man United.

“They didn’t start the season the way they wanted to, especially at home, but even at home they still had some really top performances like against Leipzig.

“They are Man United. They are a great squad with some great individuals, they are looking to make their first win at home.

“As a club, recently, we’ve been doing really good at Old Trafford. Last four or five times. I have a pretty good record, considering it’s Man United, with West Ham.

“Every game is difficult, especially for us because we’re newcomers. But this is still Man United away. If you see their roster, it’s massive.

“It’s also a big opportunity for us, but first we have to do what we did against Spurs and against a few others – to make it hard, to try and penetrate, to keep the ball, to be resilient, to have numbers behind the ball when needed and to keep them far from our box.

“That’s our plan, whoever we play against. We know what they have in their locker. We know they have pace, quality, they can score from midfield. We have to be on top of our game, but we’re ready.”