Manchester United’s biggest problem next season will be their midfield’s ability to defend, as they have enough quality going forward. That’s the opinion of former Liverpool player Steve Nicol, who predicted the Red Devils will have difficulties in stopping the better teams from creating chances.

United have started their summer transfer activity by bringing in Donny van de Beek for £40million.

They were linked with a host of big-name players ahead of the window, including Jadon Sancho and Jack Grealish, but made Van de Beek their first signing in a surprising move.

The midfielder had been expected to head to La Liga, as he was on the verge of signing for Real Madrid last summer and was wanted by Barcelona this year.

Van de Beek will likely slot straight into the side and allow Bruno Fernandes to play in a more advanced role behind Anthony Martial. 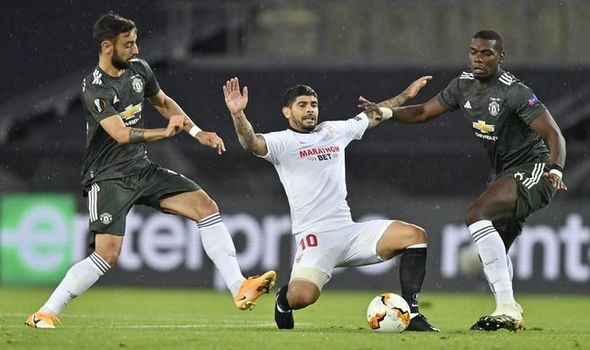 He is expected to play alongside Paul Pogba in a central defensive midfield position, covering the back four and moving play forward.

However, Nicol believes United’s biggest problem will still come in the form of defending in the middle, as Van de Beek will take time to adjust and there are question marks over Pogba’s defensive work.

Speaking to ESPN FC, he headed praise on Ole Gunnar Solskjaer’s attacking options, while urging caution over the defence.

Nicol explained that if they are able to sort out their issues at the back, they could challenge the teams at the top of the table.

“The question for me is, can they defend in the middle of the park?” he asked.

“But, I’m not so sure that Man United can stop the better sides from getting at them.

“Going forward, they’ve got talent and ability, no doubt about that. 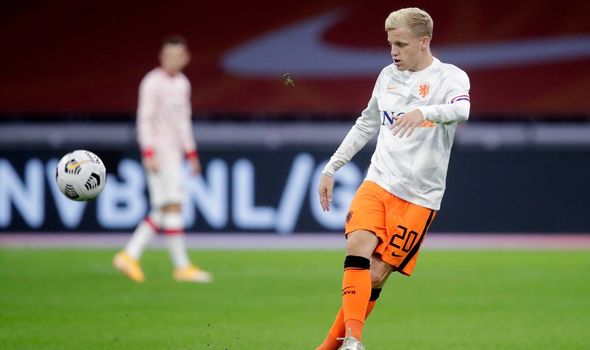 “But, can they defend in the middle of the park? Fernandes wants to go forward, he’s not that great at defending.

“And, of course, Pogba – there’s question marks over his defensive ability as well.

“So, I think that’s the question mark over United, yes they can go forward but can they defend against the better teams?”