Manchester United’s official app may have dropped a hint the club could re-sign Cristiano Ronaldo – by frequently posting about their former star. Juventus forward Ronaldo has been linked with a sensational return to Old Trafford 12 years after he departed in a then-world record £90million move to Real Madrid.

A poor season for Juventus married with United’s need for a forward to complete their devastating attacking quartet has once again prompted suggestions that the 36-year-old could move back to the Premier League side.

Boss Ole Gunnar Solskjaer has demanded at least two or three signings as he plots a top-flight title bid.

The Red Devils finished runners-up behind rivals Manchester City but were 12 points adrift.

Meanwhile, Juventus came fourth in Serie A and relinquished their dominance of the Italian top-flight to Inter Milan.

Andrea Pirlo was sacked at the end of his maiden year in management after failing to land a 10th consecutive title.

JUST IN: Arnautovic under investigation for goal rant after Euro 2020 outburst 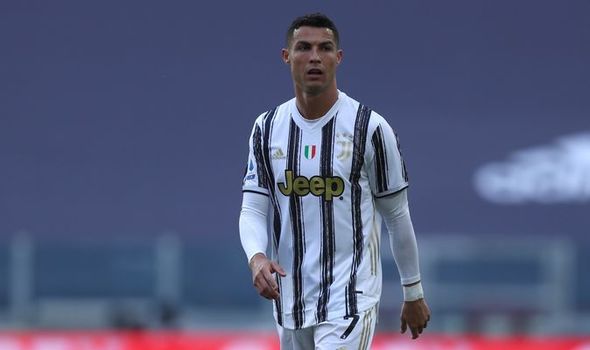 Ronaldo joined Juventus from Real in a move thought to be worth up to £99m back in 2019.

The Portuguese has scored 101 goals in 133 appearances for the Turin outfit and won Serie A in his first term.

However, he may now leave following a disappointing campaign for his side and United are one of few clubs who could afford to fund a swoop.

And the 20-time English champions have dropped the latest hint that a transfer could happen.

Three articles about Ronaldo appeared on their official app within the space of an hour.

It was noticed by Twitter user @AOHRMUFC who replied to a tweet by United with screenshots of pieces on Ronaldo’s quotes ahead of Portugal’s opening Euro 2020 match against Hungary and a listicle of his top 10 goals for the club.

Ronaldo did not rule out a move when speaking to the media on Monday but has said that he would first like to help Portugal defend their Euro 2020 title. 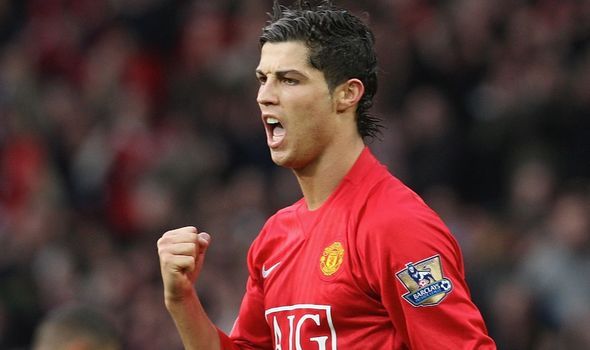 “I’ve been playing at the highest level for many years so this doesn’t faze me at all,” Ronaldo said during a Portugal press conference.

“If I were 18 or 19 maybe I’d have some sleepless nights but I’m 36 years old and whatever comes next will be for the best, whether that’s staying at Juve or getting a transfer.

“The crucial thing now is the Euros. It’s my fifth Euros but for me it’s like my first so I want to start on the right foot, we want to play a good match and have only good thoughts in our first match to our last.”

Ronaldo could become the highest international scorer of all time if he scores six or more goals during Euro 2020.

He has struck an incredible 104 times in 175 appearances for Portugal since making his debut in 2003.

Ronaldo continued: “It’s a nice record but I’m not thinking about it too much, winning the competition for a second consecutive time is a more beautiful objective.

“It’s obviously not the same team as in 2016, this is a much younger side with enormous potential. But how we do in the competition will tell us which team is better.”
Source: Read Full Article

‘A grotesque concept’: What do other Premier League clubs think of Super League plans?