Man Utd: Solskjaer's message to fans ahead of more protests

Solskjaer’s team selection to face Leicester was described as little other than outright bizarre on Tuesday afternoon.

News emerged prior to the teams being confirmed suggesting that Solskjaer was set to make ten changes from Sunday’s win over Aston Villa.

They were accompanied by Juan Mata, who played as a number ten in the absence of Bruno Fernandes. 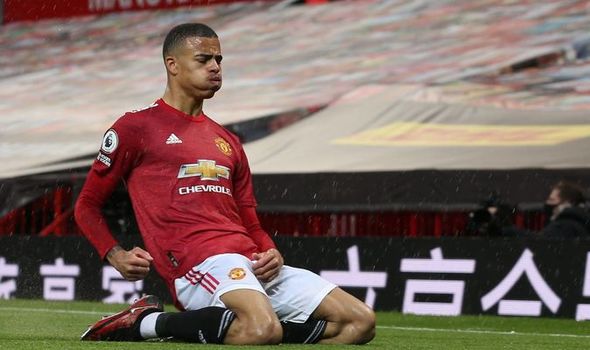 While it could be argued that United need to improve their strength in depth by going out and splashing the cash this summer, they’ve already picked the path they will take when it comes to transfers.

United’s side to face Leicester could well end up being the team Solskjaer names in a few year’s time, provided the youngsters are nurtured properly.

And judging by their performance on Tuesday night, the future is definitely bright.

Despite United going behind through teenager Luke Thomas, they quickly recovered and were level just five minutes later.

Greenwood, playing as a central striker, used his pace to drive and collect the ball from Amad, before shimmying past Calgar Soyuncu and drilling into the bottom corner with his right foot.

The teenager, who can seemingly finish from anywhere with either foot, seems to have all the materials needed to be United’s first-choice striker for a number of years to come.

That opinion is shared by Gary Neville, who waxed lyrical about the forward on Monday.

He said: “You think about United, they’ve gone back to the principle of believing in their youth. 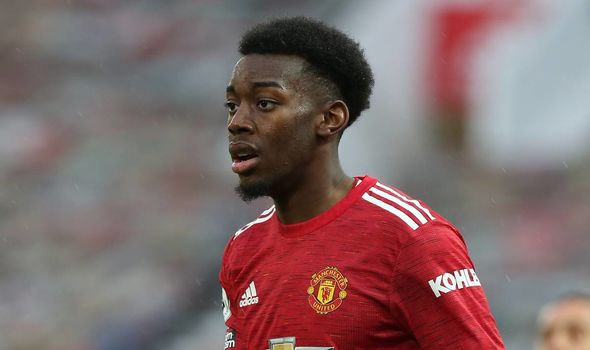 “I think an experienced player with Greenwood emerging as the man, and I think they believe he is the man, but he probably just needs another year of growth.”

United’s youngsters looked superb, and the pace they offered allowed for a high press, which worked well at times.

Leicester found the decisive goal through Soyuncu, who powered in a header just after the hour mark.

For United, they are focusing on securing second place and winning the Europa League before turning their attentions towards what will be a huge summer transfer window.

Solskjaer’s side can still have a strong end to the campaign, and clearly rested players on Tuesday in order to be at full-strength for the visit of Liverpool on Thursday.

But big questions will be asked at the end of the season, with rumours of a move for Harry Kane – which would likely set them back at least £90million.

But Tuesday night’s display proves that United have been wise to continue to place their trust in young players in recent years, and need to continue to do so this year.

If United had Kane at their disposal, it’s likely Greenwood wouldn’t have been given his shot up front and would have been played out wide instead. 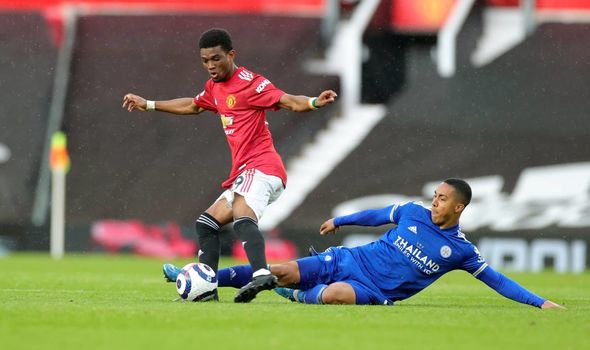 But that has a ripple-on effect, and would have pushed either Amad or Elanga out of the side entirely.

United have a rare chance to create a golden generation of talent, spearheaded by Greenwood.

To go against that now would be madness, even if the club feels a chance to sign Kane would be too tempting to turn down.