‘I can’t believe my eyes right now’: Manchester City fans are convinced Lionel Messi is on his way as Sergio Aguero removes No 10 from his Instagram handle amid potential move for wantaway Barcelona star

Sergio Aguero has removed the No 10 from his Instagram handle, leading to some Manchester City fans suggesting that Lionel Messi is set to join the club.

Aguero has worn the No 10 at City since 2015 but the number is heavily associated with Messi, who has worn it for Barcelona since 2008, while he also wears it for Argentina.

There have been suggestions that Messi could join his compatriot Aguero at City after the 33-year-old told Barcelona that he wants to leave. 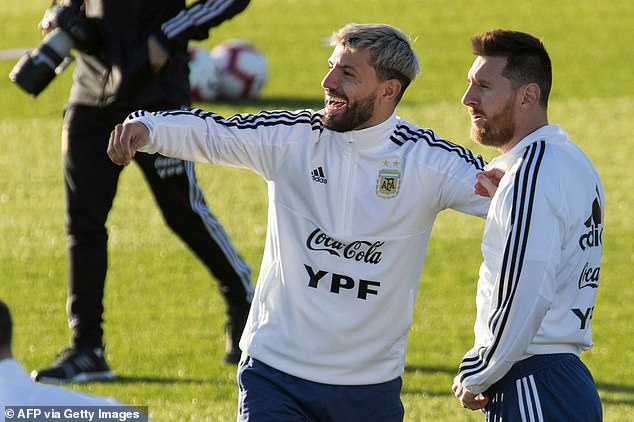 Sergio Aguero has removed No 10 from his Instagram, leading Manchester City fans to believe that Lionel Messi is joining the club

According to reports from RAC1 and TyC Sports, Messi’s father Jorge has arrived in Manchester to hold talks over a possible move.

Messi, frustrated after Barcelona failed to win a trophy this season, believes that he can activate a clause which would make him a free agent at the conclusion of a campaign.

Barcelona, however, state that the clause expired in June, and say that Messi’s release clause of £630million would have to be paid for him to secure a move elsewhere. 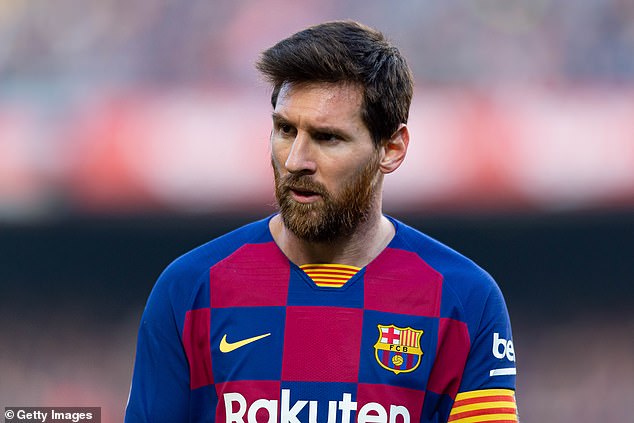 City is seen as a potential destination for Messi, who informed Barcelona that he wants to leave 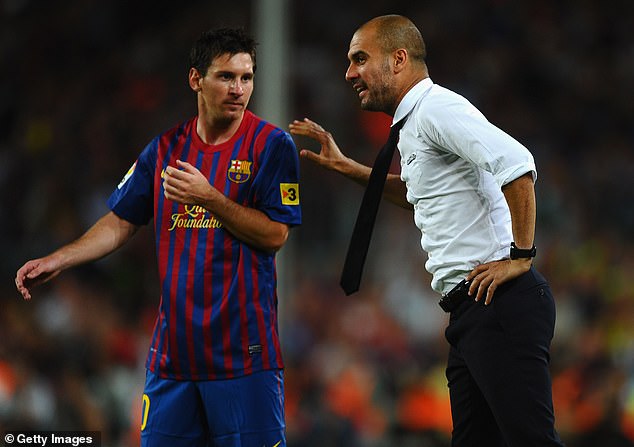 Messi has a close relationship with Pep Guardiola, who he enjoyed success with at Barcelona

In addition to Aguero, Messi has a strong connection with City manager Pep Guardiola, with whom he enjoyed much success at Barcelona.

City fans took to Twitter to state their belief that Aguero’s activity on Instagram means a deal for Messi is likely to happen.

Another added: ‘SERGIO AGUERO REMOVED 10 FROM HIS INSTAGRAM USERNAME, LAWD ITS REALLY HAPPENING.’

Meanwhile, another Twitter user wrote: ‘Kun Aguero changing his Instagram username from kunaguero10 to kunaguero. Hmmm! what could that mean?.’

One wrote: ‘Aguero removes “10” from his instagram username! It’s happening.’

Another added: ‘Aguero has changed his username from KUNAGUERO10 to KUNAGUERO on Instagram. It’s done y’all. Lionel Andres Messi is leaving to Manchester city under pep.’

EIGHT THINGS WE LEARNED IN THE PREMIER LEAGUE THIS WEEKEND

Will Man City give Liverpool a guard of honour? Could tradition be scrapped over COVID-19?