Manchester United are reportedly interested in signing Aston Villa goalkeeper Emiliano Martinez this summer. Martinez has had a fine first season at Villa following his £20million arrival from Arsenal. The Gunners allowed the Argentine to leave the club despite his impressive end to last term in the absence of Bernd Leno.

Martinez spent 10 years on the books at Arsenal but did not get a regular run in the first team until his final few months at the club.

Manager Mikel Arteta could not guarantee that the 28-year-old would be his No 1, which led to the move to Villa.

Martinez has kept the third-most clean sheets in the Premier League this season, with 14 to his name.

And his performances have seemingly caught the eye of United. 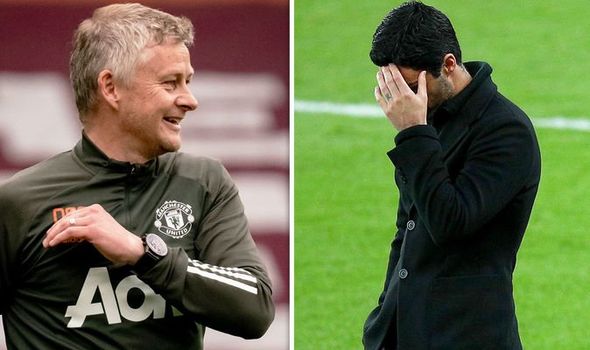 Serie A side Juventus are the other team keeping an eye on the goalkeeper.

That puts the future of David de Gea in doubt, who is the club’s highest-paid player. 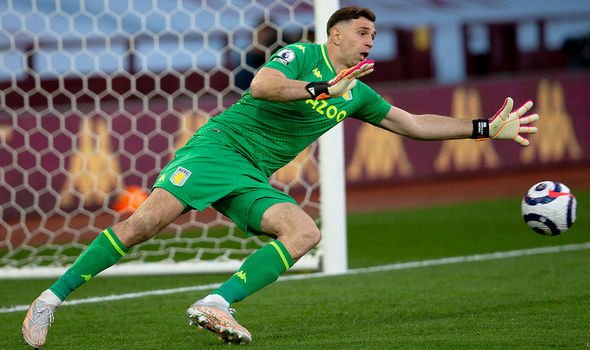 TNT Sports says United are looking at Martinez as a possible replacement for De Gea.

Juventus are also in the market for a keeper after it was announced this week that 43-year-old Gianluigi Buffon will be leaving the club this summer.

But if United were to win the race for Martinez, it would not be a good look for Arsenal.

Leno is now linked with a move away from the Emirates after making a number of high-profile errors this season.

The Athletic claimed this week that Leno is one of five senior Arsenal players who want to leave the club.

And seeing Martinez head to Old Trafford would be a kick in the teeth for those Gunners supporters who felt Arteta made the wrong decision selling him in the first place.

Martinez is not the only Villa goalkeeper United are linked with.

The Telegraph claim they are on the verge of signing Tom Heaton as an experienced backup.

Heaton came through the academy at United but failed to make a first-team appearance before leaving in 2010.

The 35-year-old is yet to make an appearance this season after he returned from injury to see Martinez had nailed down the No 1 spot under Dean Smith.