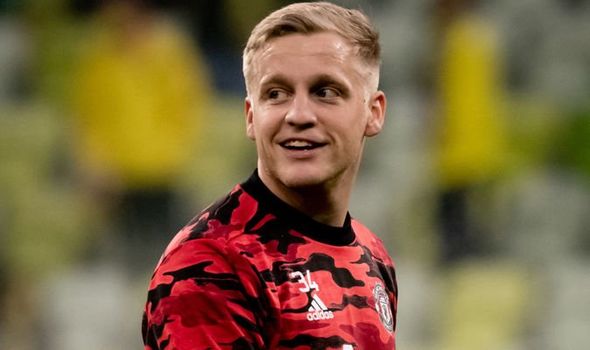 Donny van de Beek’s Manchester United misery could come to an end after just 12 months according to new reports. The Netherlands international is one of five first-team players in the frame to be sold by United this summer.

Signing multiple of those players will not come cheaply for the Glazers however and so it is expected fringe players will have to be sold to offset their summer spending.

And the Daily Mail say that Van de Beek is among those who could depart Old Trafford, even though the midfielder formerly wanted by Real Madrid only joined from Ajax in an initial £34million move a year ago.

Van de Beek, under contract until 2025, endured a below-par first season in Manchester and may see his opportunities for minutes hindered if Rice joins from West Ham in the upcoming transfer window. 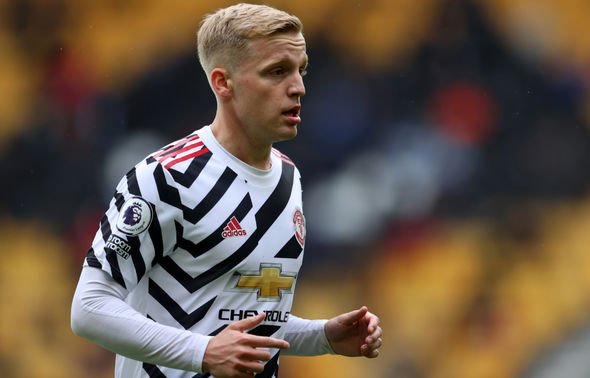 Tellingly, the Dutchman – who mustered one goal and two assists in his debut campaign – was not afforded a single minute against Villarreal in the Europa League final on Wednesday night despite tiring legs.

He remained an unused substitute in Gdansk instead as the Spanish side went on to win on penalties with David de Gea the only one of all 22 players to miss from the spot.

Despite his struggles, Van de Beek is still in Ronald de Boer’s final 26-man Netherlands squad for Euro 2020, which gets underway on June 11.

But he could find himself on the move again later this summer, as could several of his United team-mates as the club’s hierarchy balance the books.

It’s added that Diogo Dalot and Andreas Pereira, who spent their 2020-21 seasons on loan at AC Milan and Lazio respectively, could also be moved on say the Mail. 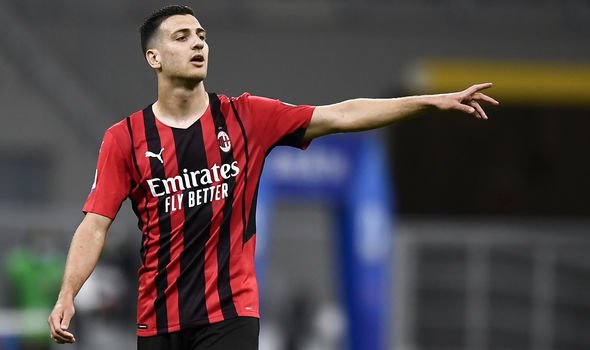 Pereira, out of contract in 2023, made just three Serie A starts for Lazio and will not make the 25-year-old’s move permanent for around £23m as a result.

The playmaker made it clear recently that he wants to play regularly to kick on with his career, saying: “I am not closing the door on any club. The important thing is the will to play.”

Full-back Dalot, 22, enjoyed a better season with AC Milan where he racked up 34 appearances as they finished second to neighbours Inter Milan.

But he too could be moved on permanently although Ole Gunnar Solskjaer said of the £19m defender back in March: “I’ve been very pleased with his development this season, he’s our player and I’m looking forward to having him back.”

Dalot’s loan deal has no option for Milan to buy him but after a solid campaign they could still explore a permanent deal. 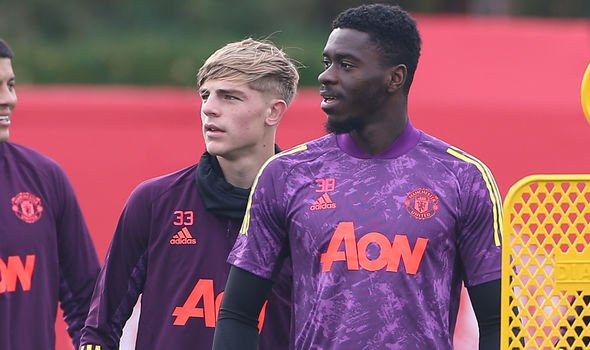 Centre-back Axel Tuanzebe is also potentially on the chopping block despite his promise, with United keen to sign a new central defender that would push him further down the pecking order.

The 23-year-old, who shone on loan at Aston Villa in the Championship in 2018-19, made 19 appearances but only 10 starts across all competitions.

And given his value, the United academy graduate could be moved on with Villa among the clubs having been linked with a swoop if he is put up for sale.

Brandon Williams is another reportedly at risk although he is still only 20 and can play at both left-back and right-back.

He made just five starts all season with more appearances at right-back to fill in for Aaron Wan-Bissaka than at left-back, where he first broke through, due to the fact Solskjaer has Luke Shaw and Alex Telles there.

But United have been linked to right-back options to give them similar competition on the right side with Norwich’s Max Aarons among them, while Dalot could be an in-house upgrade on Williams if he stays at the club.