REVEALED: Manchester United sent goalkeeping scout Tony Coton to watch Illan Meslier at Man City after identifying the Leeds star as the best young goalkeeper in the country… only for him to concede SEVEN

There is talk in scouting circles of United having identified the 21-year-old as the best young keeper in the country.

And we understand Coton was present at the Etihad as City recorded 31 efforts on goal in a 7-0 victory. United’s chief scout Jim Lawlor has also watched Meslier, who is now in his third season at Elland Road. 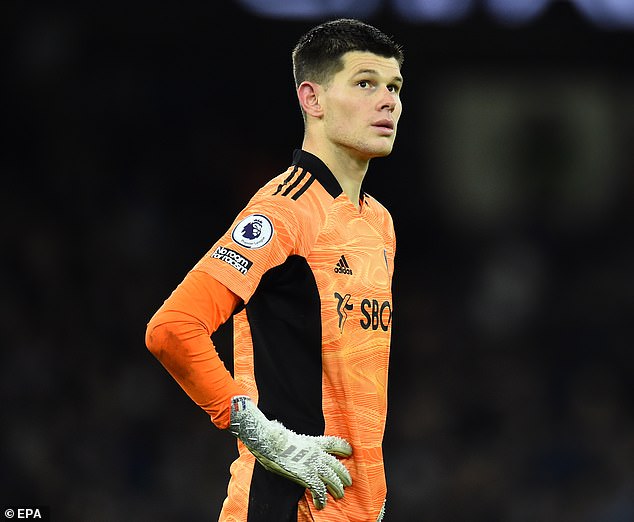 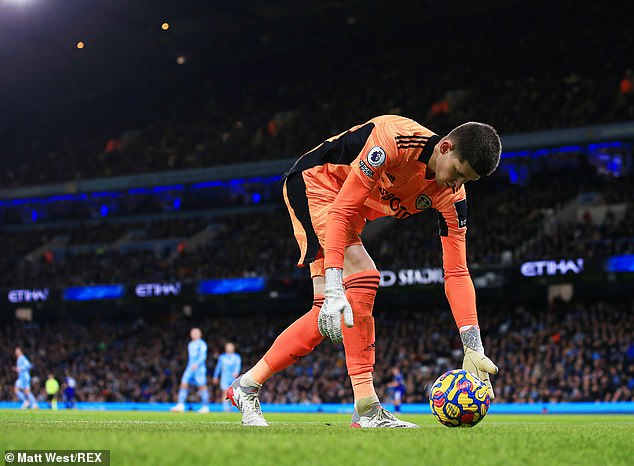 The Frenchman signed a new five-year contract in August as reward for an outstanding first campaign in the top-flight and was named the club’s young player of the year.

United are well stocked for goalkeepers with David de Gea in good form and Dean Henderson and Tom Heaton in reserve.

However, Sportsmail reported last month that Henderson, 24, wants to quit Old Trafford at the end of the season if he cannot reclaim No 1 spot from De Gea.

The Spaniard’s contract has 18 months to run – with the option of an extra year – but his future has been the subject of much speculation in recent seasons.

Sources say Meslier is seen as a longer-term target for United should their goalkeeping situation change in the next 12 months or so. 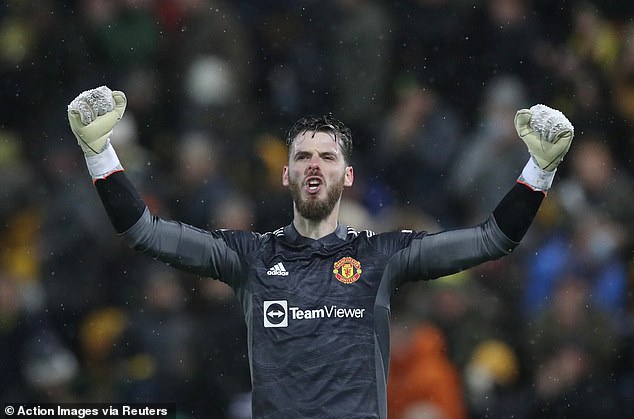