Casey Stoney would regard it as a failure on her part if Manchester United do not secure Champions League football this season.

The race for a top-three finish in the Women’s Super League currently sees United lying third, six points clear of fourth-placed Arsenal, with the sides – who meet at Meadow Park on Friday – having six and seven games left respectively.

When asked if she would consider it a failure if the team did not qualify for the Champions League this term, United boss Stoney said: “Yeah, I would – for me personally, not for my players.

“I would never say my players failed, because they give 100 per cent effort all the time. But for me as a head coach, I would see that as a failure, yes.”

Following their launch as a professional outfit in 2018, Stoney guided United to the 2018-19 Championship title and they then finished fourth in the WSL last term.

While she admits the club are “probably a year ahead” in terms of her expectations when she took charge, she has stressed United’s ambition from the start of this season was trying to finish in the top three.

Having headed into 2021 unbeaten and topping the table, they have lost three of their last six games.

United have had the likes of Tobin Heath, Lauren James, Alessia Russo and Lucy Staniforth sidelined for considerable stints this season. 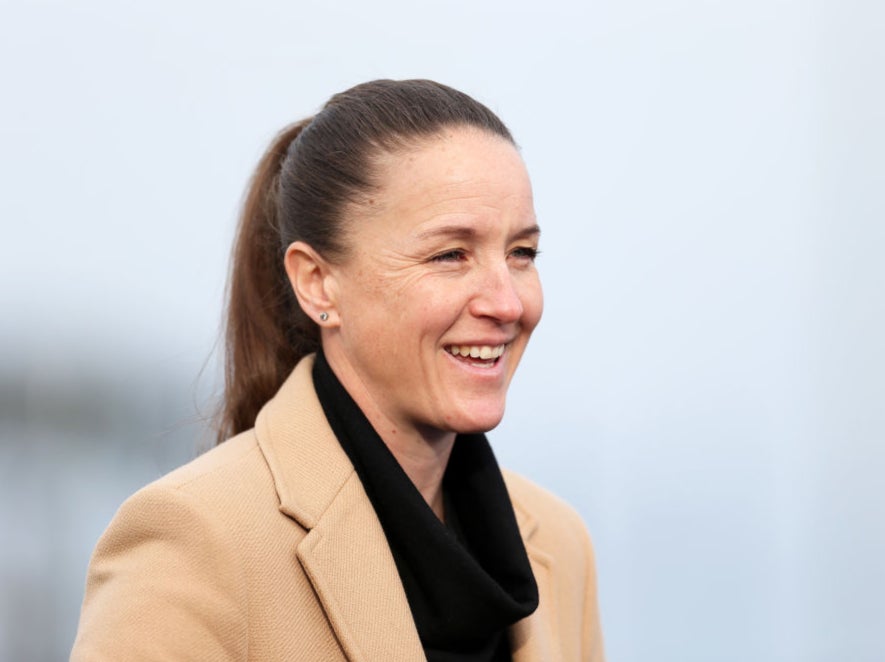 ‘We’ve got fantastic players, and we have to keep pushing forward’

Asked if it was a case of what could have been if players had been fit, Stoney said: “If I’m honest, yeah, injuries have hit at crucial times.”

Stoney emphasised she was “not a manager that makes excuses”, before adding: “I question could we have maybe pushed a little harder if everyone was available, but that’s football.

“It’s been a season like no other in terms of injuries for us. We are reviewing absolutely everything in terms of why – and some of it is just absolute rubbish luck. But we move forward, we’ve got fantastic players, and we have to keep pushing forward.”

Stoney, who has forward James available again after a foot injury, says Friday’s game is “a big opportunity for us” and has stressed “we don’t prepare for draws…we’re going into this game to win”.