LIVE: Manchester United vs Tottenham… Jose Mourinho looks to continue fine week by getting one over his former club in mouth-watering clash between Big Six rivals

It has been a good week for Spurs, reaching the Carabao Cup quarter-finals and progressing to the Europa League group stage. However they were held to a 1-1 draw by Newcastle in their last league match.

United head into the clash with confidence after two victories over Brighton and will be looking to get the better off their top-four rivals at home.

Ole Gunnar Solskjaer is also grinning ahead of this mouth-watering Old Trafford clash. He’s had little to smile about in recent weeks but United did pick up their first league win of the season last weekend. 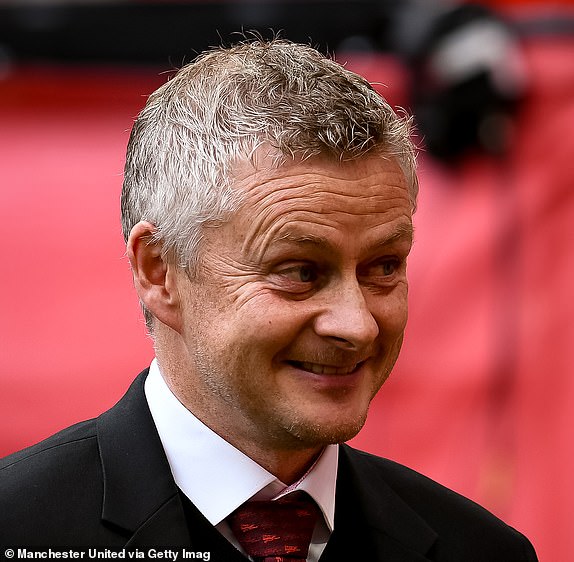 It’s all smiles for Jose Mourinho as he is greeted by familiar faces at Old Trafford this afternoon.

Will he be smiling come full-time at around 6.30pm this afternoon? 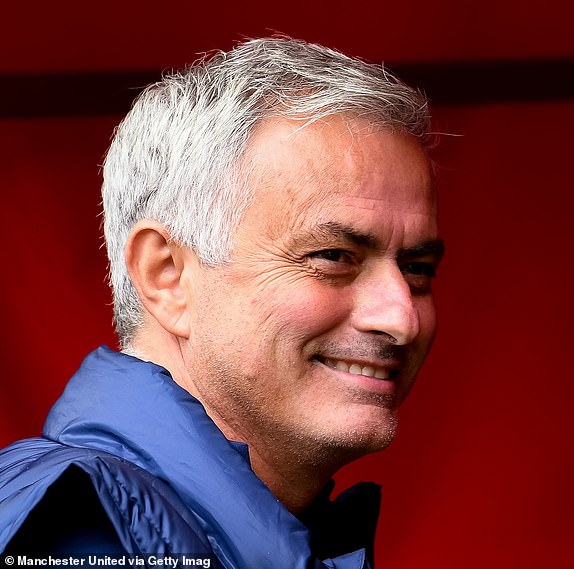 Well there’s a surprise. Just seven days ago Jose Mourinho claimed Son Heung-Min will be out out for a long time with a hamstring problem which forced him off at half-time of the Newcastle draw.

Now the South Korean forward is back in the starting line-up. They say a week is a long time in football but this looks like mind games from Mourinho. 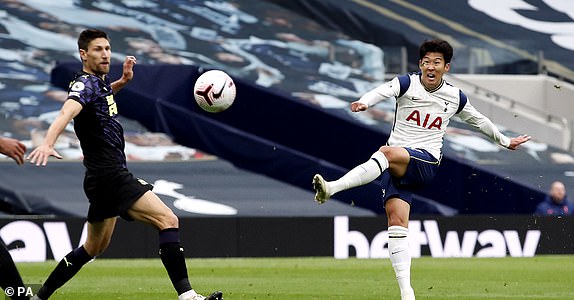 Ole Gunnar Solskjaer names a familiar line-up, though opts for Eric Bailly in defence alongside Harry Maguire – instead of Victor Lindelof.

There’s a start for Mason Greenwood on the right-hand side of attack to partner Marcus Rashford and Anthony Martial. David De Gea keeps his place in goal while Paul Pogba and Bruno Fernandes both start over Donny Van De Beek.

Tottenham have made several changes to the side who drew 1-1 with Newcastle last weekend.

Serge Aurier is a shock name in the starting line-up in the place of Matt Doherty, while Sergi Reguilon is preferred to Ben Davies on the other side of the defence.

Moussa Sissoko and Tanguy Ndombele are preferred to Dele Alli and Harry Winks in midfield, while Son Heung-Min is recalled to the starting line-up despite a hamstring injury last week.

All eyes, as they always are, will be on Jose Mourinho this afternoon as he looks to haunt the side who sacked him two years ago – but how does the iconic Portuguese coach plan on getting one over his former employers?

Meanwhile at Tottenham, the transfer situation looks a bit more positive. Jose Mourinho has got the striker he wanted in Benfica’s Carlos Vinicius on an initial loan deal to add to the likes of Matt Doherty and Pierre-Emile Hojbjerg.

There is also a feel-good factor at Spurs among the existing players at the club. Eric Dier, who has been linked to Manchester United in the past, and Mourinho are developing a strong relationship – as Sportsmail’s Oli Gamp reveals below…

A huge next 24 hours lie ahead for Manchester United. Not only do the Red Devils have a huge clash against Tottenham this afternoon, the transfer window closes tomorrow evening at 11pm.

United have tried to sign Borussia Dortmund winger Jadon Sancho for most of this window though that deal looks to be dead in the water. Free agent Edinson Cavani looks set to arrive by tomorrow’s deadline but is that enough for United to challenge at the top of the table?

Chief executive Ed Woodward is also facing pressure from supporters to make United great again. Here’s the latest on United fans’ frustrations towards the club’s board…

Good afternoon and welcome to Sportsmail’s live coverage of the mouth-watering Premier League clash between Manchester United and Tottenham Hotspur.

Jose Mourinho makes a return to Old Trafford as both sides look to make early ground in the top-four race.

Meanwhile, Ole Gunnar Solskjaer cannot afford another blow after a mixed start to the season and a tricky transfer window.

Kick-off is at 4.30pm BST and team news is around half an hour away…