A glance at the clubs some of Italy’s Euro 2020 stars are now representing cuts to the heart of the problems facing the national team today.

Captain Giorgio Chiellini, the best defender of the tournament, is now a team-mate of Gareth Bale at Los Angeles FC. Lorenzo Insigne, a key man that summer, is at Toronto FC with Federico Bernardeschi, who scored in the shoot-out win over England at Wembley.

Though Major League Soccer has improved greatly in recent years, it is still well short of top-level European football. 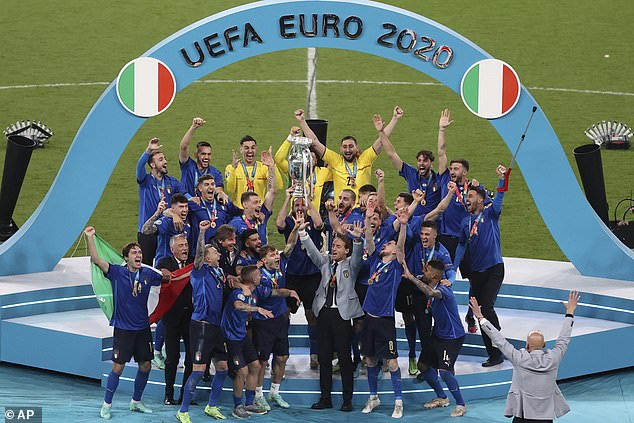 Italy were victorious at Euro 2020 last year, beating England on penalties at Wembley 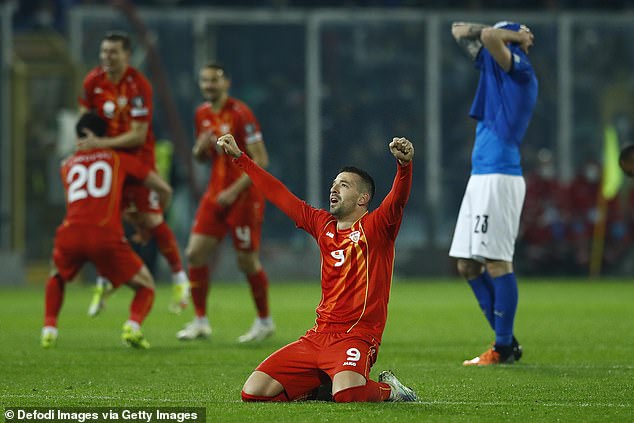 At 38, Chiellini is winding down, while Insigne accepted an £11.5million-per-year deal at Toronto and former Juventus attacker Bernardeschi had few takers in Europe.

None of the trio will be involved when Gareth Southgate’s team tackle the Azzurri at San Siro on Friday.

If three important players are already in MLS barely a year after becoming European champions, it shows the delicate balancing act Roberto Mancini was managing at Euro 2020.

The shocking failure to qualify for the World Cup – the second in succession Italy have missed – means the Wembley triumph looks like a moment in time, not the start of a winning cycle.

Yet if Italy weren’t truly world-beaters in summer 2021, neither are they hopeless now. 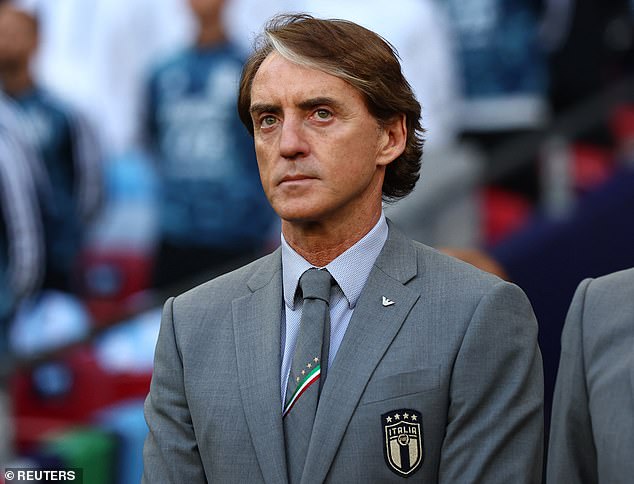 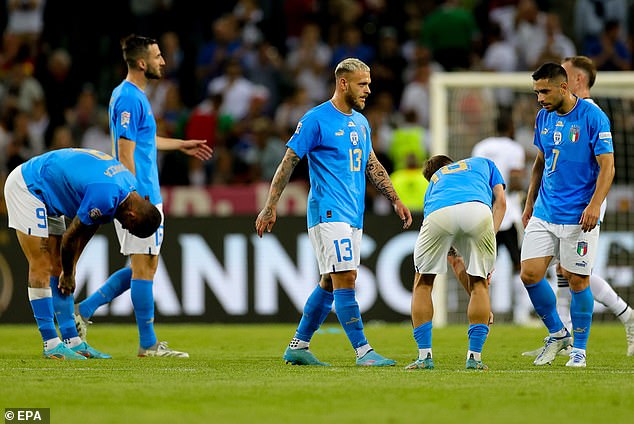 Though they were the better side in the final, the ball ran in Italy’s favour at crucial stages of the knockout wins over Austria, Belgium and Spain, just as it bounced against them in the closing World Cup qualifiers and then the stunning home defeat to North Macedonia in the play-offs in March.

There are many examples but one is enough: Juventus star Federico Chiesa scored against Austria and Spain and was one of the best attackers of Euro 2020, yet missed the play-off because of a serious knee injury sustained in January, from which he has still not returned. Italy are not the same without him.

With no major tournament until 2024 at the earliest, Mancini has chosen the only route possible once the Italian FA decided to stick with him – take some risks on lesser-known players and hope they can repay him in the two years ahead.

So winger Wilfred Gnonto, recently signed for £4million by Leeds, and Federico Gatti, the Juventus centre-back, had not even played in Serie A when they were brought in for the summer Nations League fixtures, but they are in the squad again this time. 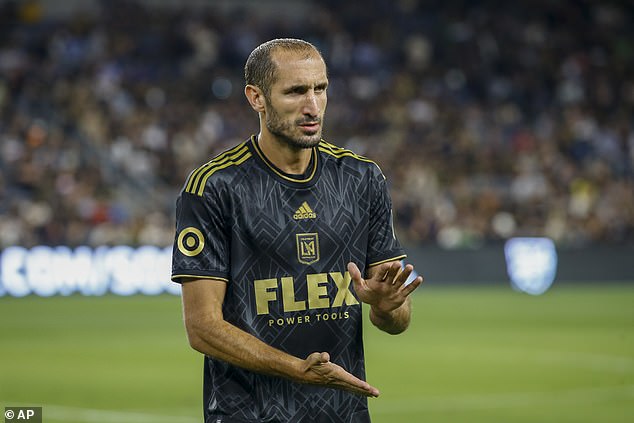 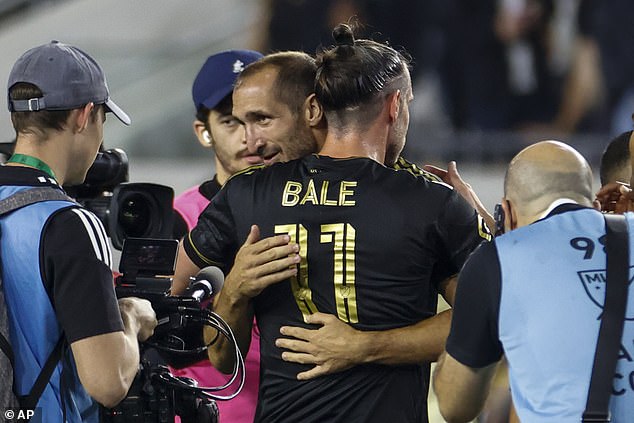 So too is Pasquale Mazzocchi, an unremarkable right-back who has started the season well for Salernitana.

His name would have had the England coaching staff scratching their heads, as would those of defender Federico Dimarco, forwards Matteo Cancellieri and Alessio Zerbin and midfielder Tommaso Pobega.

Look a little closer, though, and the picture is brighter. Dimarco is no Paolo Maldini, but he has broken through at Inter Milan and is a reliable full-back with a super left foot.

Pobega scored for AC Milan in the Champions League last week and Zerbin has featured in Napoli’s wins over Liverpool and Rangers. 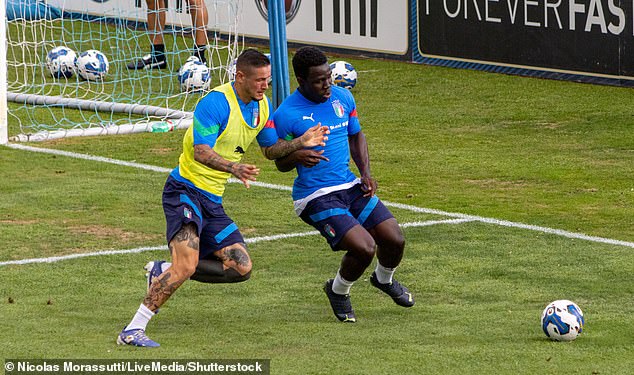 Leeds United player Wilfred Gnonto (right), 18,  has been called up into the latest Italy squad 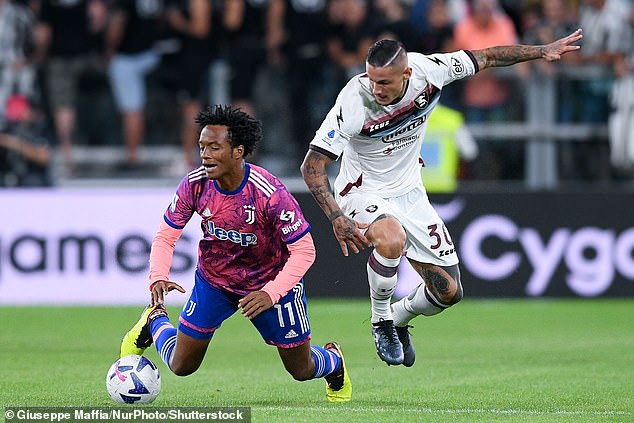 At times, it can feel as though Mancini has called up every single eligible player since Italy’s North Macedonia nightmare – though there is one strange omission this time.

After two knee injuries, Nicolo Zaniolo has flourished under Jose Mourinho at Roma and is a powerful, dynamic forward who could bring so much to this team. So where is he?

Zaniolo is only just fit again after a shoulder problem, while Italian newspaper La Repubblica speculated that the 23-year-old had been left out because he was filmed aiming an offensive chant at city rivals Lazio last spring. 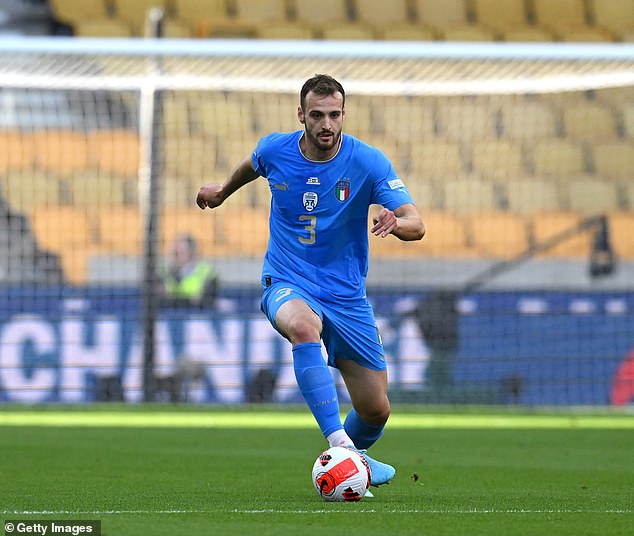 Federico Gatti, the Juventus defender, was awarded his first Italy outing against England 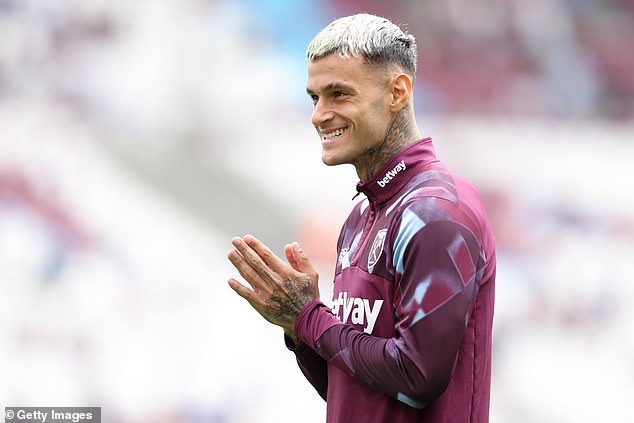 Either way, if Mancini is to revive Italy a second time, he needs Zaniolo inside the tent.

Some of the senior stars who have remained since the play-off blunder are just as important. Goalkeeper Gianluigi Donnarumma, defender Leonardo Bonucci and midfielders Jorginho, Marco Verratti – injured yet again – and Nicolo Barella should still be around in a couple of years. If only Italy could find a reliable centre-forward.

West Ham’s Gianluca Scamacca is the latest to earn a crack but few believe he is the answer.

Donnarumma risks being booed by his own supporters against England, with AC Milan fans still angry at the manner of his move to Paris Saint-Germain in 2021.

Mancini is hoping the rest of his players are not given the same treatment after another 90 minutes against England.