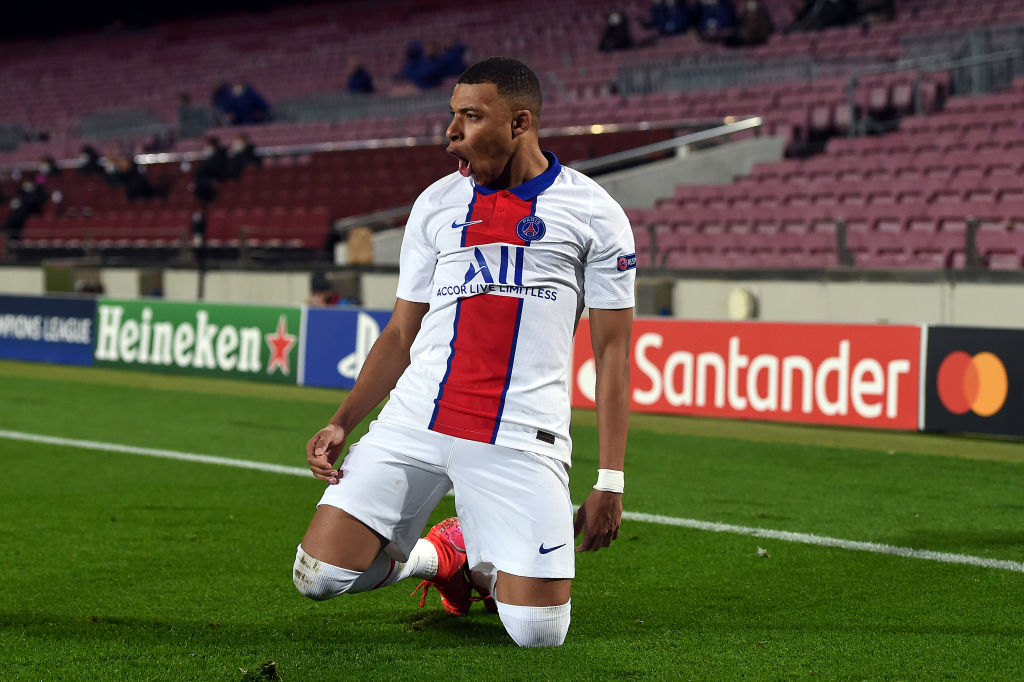 The Frenchman hit three past the Catalans in a thumping 4-1 win at the Camp Nou, which makes Mauricio Pochettino’s side overwhelming favourites to reach the last-eight of the competition.

With Lionel Messi scoring for Barcelona but being outshone for the rest of the match, Mbappe’s performance felt somewhat like a passing of the guard as the 33-year-old Argentine watched on as the scintillating Frenchman struck a hat-trick.

Mbappe’s performance certainly had the football world talking and Rashford was one of the most notable commentators, taking to his Twitter to praise the World Cup winner.

United target Jadon Sancho also got in on the act, describing Mbappe as a ‘big player’ and adding the ‘ice cold emoji’.

PSG were beaten in last year’s final by Bayern Munich and it remains the club’s ultimate desire to win the competition for the first time in their history.

Pochettino’s side were without Neymar for the trip to Spain but the Brazilian is battling to be fit for the second leg, even if he may not be needed to proceed to the next round.