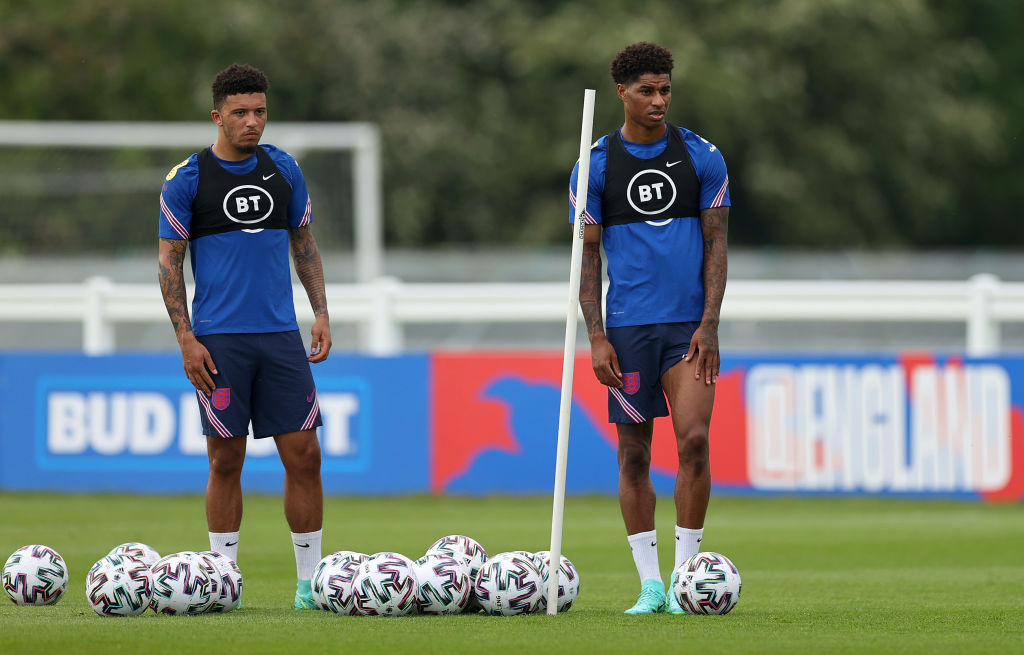 Marcus Rashford has teased Manchester United fans once again over the possibility of a link-up with Jadon Sancho.

The Borussia Dortmund winger is among United’s summer transfer targets after failing to land him last year.

According to The Athletic, United have been ‘given encouragement’ that Dortmund will not demand the same fee as they were holding out for last year.

The report also adds United have indicated that they are willing to bid £80m for Sancho, a figure which is said to be ‘amenable’ to Dortmund.

With growing excitement among United fans that the club could finally get their man, Rashford has fanned the flames after sharing a picture of him and Sancho on England duty on Thursday evening.

In an Instagram Live Q&A session with Bleacher Report, Rashford declared he’d love to play in the same team as Sancho and Anthony Martial: ‘It would be good, Sancho’s a great player, he’s sort of like the new-generation player.

‘It’s definitely exciting to watch him becoming the player that he’s becoming, so credit to him. Hopefully we can all play together and that can be good.’

Sheffield United planning a European getaway of a different kind