‘I can’t tell you yet’: Mario Gotze’s wife hints the former Dortmund midfielder has already made a decision about his future as the free agent looks for his next club amid links to Inter Miami, Monaco and West Ham

Mario Gotze’s wife has suggested the midfielder has already found a new club ahead of the forthcoming season – but has refused to reveal his future.

The German star has been a free agent since leaving Borussia Dortmund last month and has been linked with a number of clubs – with rumours of a possible move to the MLS or China.

But his partner Ann-Kathrin has remained coy on his next destination, but teased that an agreement was already in place with a cryptic response during a Q&A on her Instagram account. 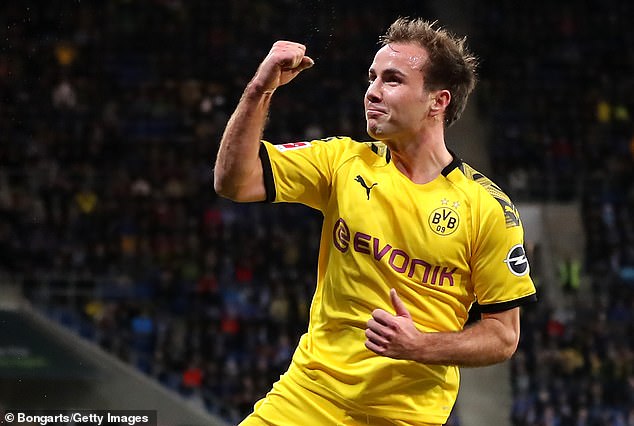 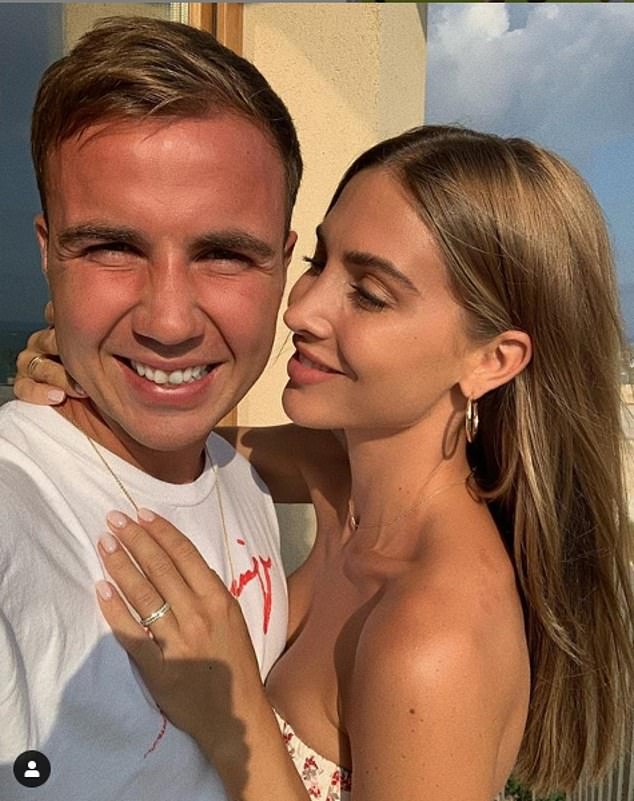 When asked which club Gotze was set to sign for, Ann-Kathrin – a model with 1.2m followers – wrote: ‘I can’t tell you yet.’

The pair have been married since 2018 and have a three-month old son together called Rome.

Now 28, Gotze has suffered a fall from grace since rising to the top of the game as a youngster as he wrote his name into folklore by netting an extra-time winner for Germany in the 2014 World Cup final against Argentina.

He started his career at Dortmund and was tipped for super stardom, earning a move to German giants Bayern Munich in 2013 after a few top seasons in midfield under Jurgen Klopp.

But he failed to live up to the expectations at the Allianz Arena and was eventually sold back to Dortmund after just three years. 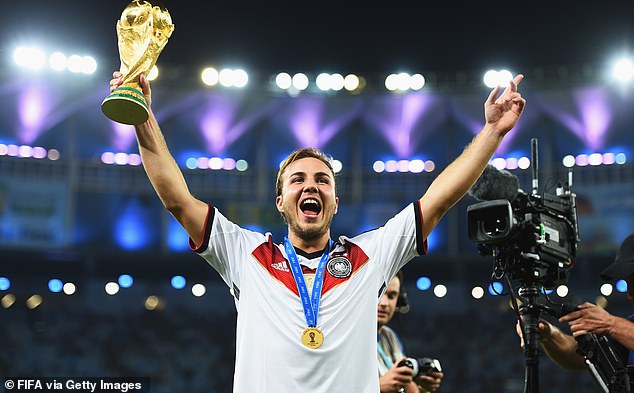 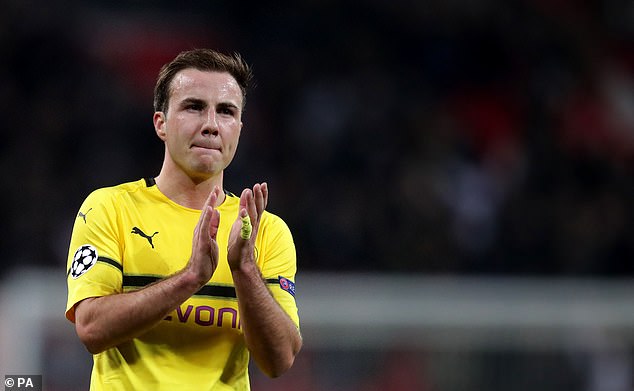 However, he couldn’t recapture his previous form at Signal Iduna Park as was hit by a host of injuries problems and fitness issues – playing just 15 times in the Bundesliga in his final season. In May the club announced he would be leaving on a free transfer, with sporting director Michael Zorc calling it ‘a mutual and respectful decision’.

This summer he has been linked with a move to the MLS to join David Beckham’s side Inter Miami, but the German is said to favour staying in Europe. Bild have reported that Gotze was approached by the US outfit with a £5.3million a year salary, but they were turned down.

West Ham have also been mentioned as a possible destination for Gotze, with the Hammers keen to bring in big names and push for a European spot.

Meanwhile, Monaco, Sevilla, Fiorentina, AC Milan and Roma are all understood to have expressed interest in the creative midfielder.

How do Dortmund and Bayern rank against each other ahead of showdown?