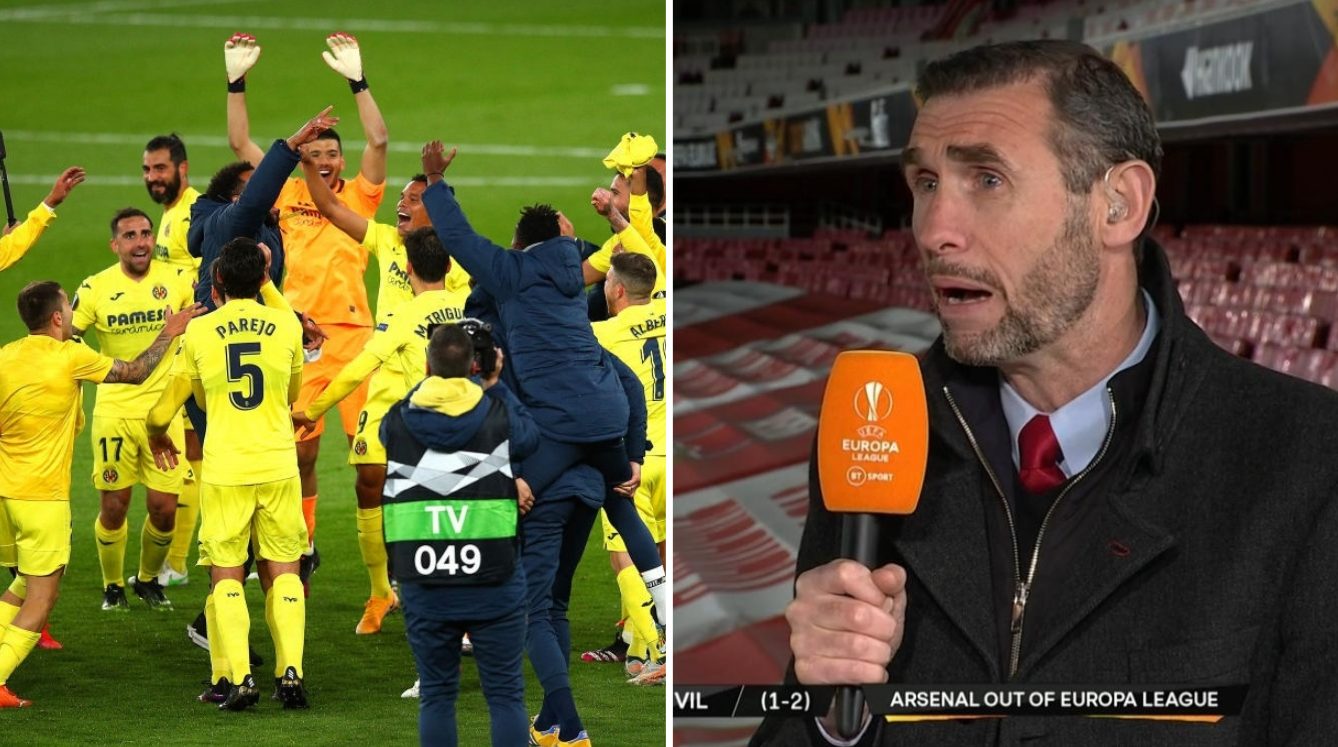 The Gunners slipped to a 2-1 aggregate defeat to Spanish outfit Villarreal, failing to reach the Europa League final and potentially salvage their season.

Arsenal lost the first leg 2-1 and were unable to break Villarreal down at the Emirates on Thursday night, with Pierre-Emerick Aubameyang coming closest when he hit the post with a second-half header.

‘You have to give them credit but the performance just wasn’t there from Arsenal, we shouldn’t really be surprised when you look at their position in the Premier League.

‘The inconsistency through the group is rife. Villarreal haven’t had to leave first gear to manage Arsenal.

‘This is a real fall from grace. Are we now talking about a new manager? It’s a crossroad for the club. It’s the lowest night I can remember for the club for many years.

“A lot of people will be asking questions after this and feeling very low.”

“This was the rescue package tonight, and it didn’t arrive.”@lynseyhipgrave1, @freddie, and @martinkeown5 dissect a disappointing night for Arsenal… pic.twitter.com/ZCXvNct53l

‘I think the manager comes under enormous pressure. You start to look now at the wisdom of bringing in a young manager for this huge job.

‘It seemed to me that this was the rescue package for the club tonight but the team didn’t turn up.

‘Unfortunately, Arteta was outsmarted by the previous manager which is a bit of an embarrassment.’