MARTIN SAMUEL: Phil Foden can still be England’s key man but don’t build him up as a world beater… Gareth Southgate is RIGHT to ignore the hype over young star who is still learning

The question was put to Gareth Southgate that the refusal to pick Phil Foden meant he was not an expansive manager.

‘Well,’ he countered, looking slightly wounded. ‘We did score six in the first game…’

He had a point, but he is used to this by now. ‘I want the one I can’t have,’ sang Morrissey and if the England trumpeter ever tires of The Great Escape, he should try that one. It is the national anthem of English football.

Last week, Southgate was criticised for going with Jack Grealish and not introducing Foden as a substitute. Southgate recalled it was different at the European Championship.

‘Yes, 18 months ago I was getting murdered for not using Jack,’ he deadpanned. ‘Then on Friday, had we put Phil on and he hadn’t scored, we would have been talking about Marcus Rashford. That’s where we are and I’m not going to change that.

‘I’ve worked out how all of this goes. When we played Belgium in Russia, we were qualified and it was a case of finishing first or second with no idea what position would be most beneficial. 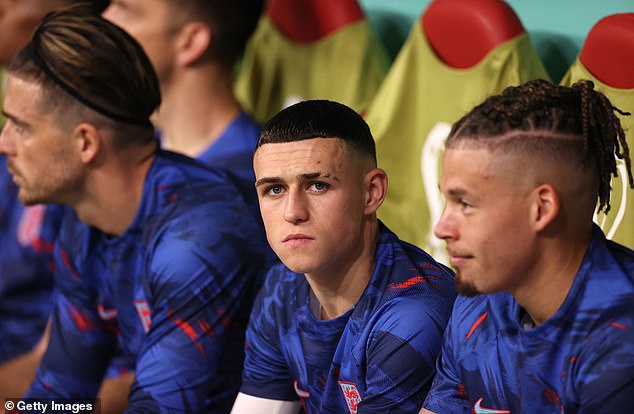 And then we had two days of, “Why are we changing the team?” So if we change it, we shouldn’t have. If we don’t, we should, If we win, it was justified, if we don’t, it wasn’t. I know for a lot of people they have decided how it is, so I’ve just got to keep making decisions that give us the best chance of winning.’

For clarification, this week’s England disgruntlement checklist is: 1) Why isn’t he playing Foden? 2) Why is he playing Jordan Henderson ahead of Jude Bellingham? 3) Why hasn’t he dropped Harry Kane?

Ditching the striker is a particularly English obsession. Sir Alf Ramsey went without Jimmy Greaves and won the World Cup so every manager since has been required to contemplate a similar move whether, in recent times, that involves Gary Lineker, Alan Shearer, Michael Owen or Wayne Rooney. And now Kane.

He has sustained an ankle injury and looked hampered against the US. Southgate is now torn between selecting the best goalscorer and provider in an attempt to dispatch Wales and qualify as group winners, or preserve Kane for the later rounds, gambling his understudies can steer England through.

It is a dilemma. Not least because Kane never makes it easy for his managers, with his urgent insistence on playing. He also has a point, mind. Greaves did not get dropped at the 1966 World Cup. He got injured, and then he could not get back in the team. So it is hardly unfathomable that Kane wants to play every game for his country, swollen ankle or not. 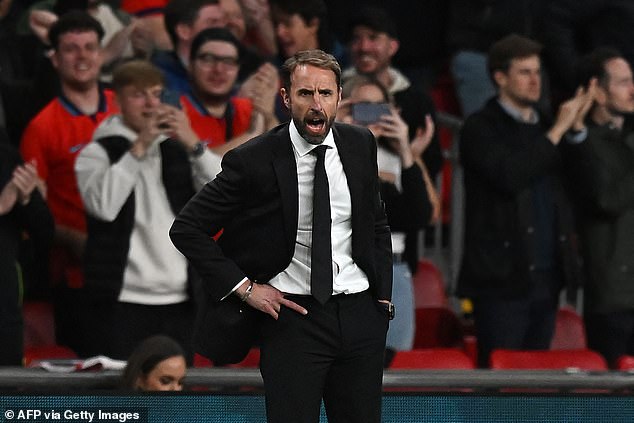 What if Rashford comes in, scores a hat-trick, and that ankle is still a bit puffy on the morning of the last 16 game? However he is perceived beyond the camp, Kane will not see his selection as automatic.

Peculiar narratives unfold at tournaments. At this stage in 1990, David Platt was not in England’s starting line-up, and in 1966 in the final group stage game Geoff Hurst was on the bench and Sir Alf Ramsey’s wingless wonders were still picking a winger, Ian Callaghan.

It is the same with Phil Foden. His worth increases with every game he spends out of the team, but who knows what the starting XI will look like if England go deep? Foden could still be England’s key man but, if he is, he needs to improve. As it is, the Foden debate ignores that he has been underwhelming in an England shirt to here, two goals in 19 matches, his last assist in a competitive fixture more than a year ago. 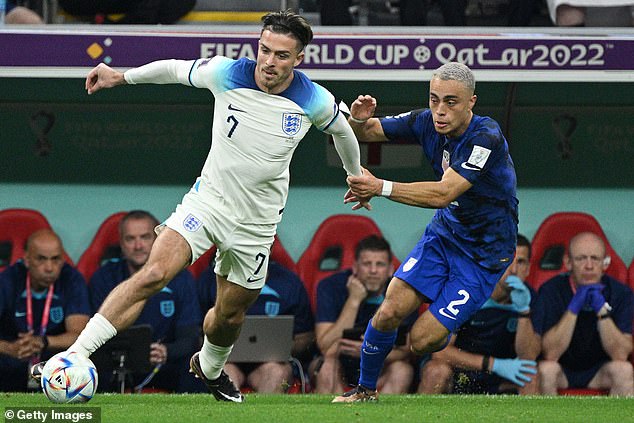 ‘He is bright, he is ready, but we are blessed with some very good, exciting players, some really good ones. Bukayo Saka has been outstanding in the league this year. Raheem has scored 20 goals in 80 appearances for England. We are really happy with Phil, we are really happy to have Phil. He is going to play a big part in this tournament, there is no doubt in my mind about that.

‘But sometimes the discussion around just plopping him in as a 10 in every game isn’t realistic because first you need the ball and there are defensive responsibilities that he isn’t given at his club. From the wide area it is different, the responsibility is different, the role is different. At 10, you have to cover a lot more ground and be aware of the spaces without the ball. If that bit of pressure isn’t right then they are through you and into your back line.

‘That is why we didn’t put him in as a 10 against the US. There are games where there isn’t that same tactical challenge in midfield. There might be a little bit more freedom and that might be the slot he can use to express himself. But his club don’t do that either, so there must be a reason for it. But he is a great option for us in two or three different positions and he will have a big impact in games. 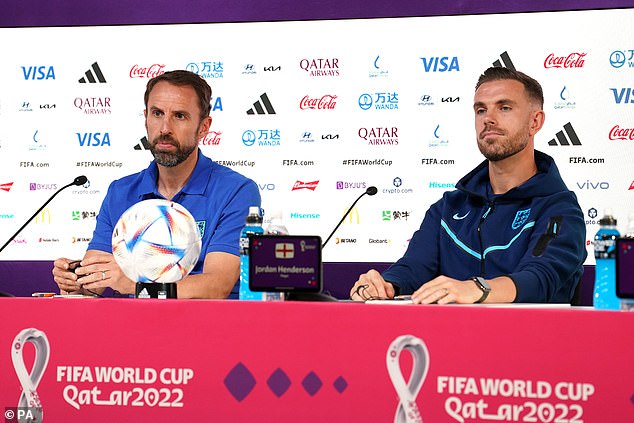 ‘We have to be careful, though, because we are putting a lot of pressure on him now. We are a team and we need all of the players. Not any one of them is the reason we will win or lose, so we need to make sure we are not building Phil up so when he actually steps on the pitch it becomes really difficult for him. This is still a unique environment. He is a really young player, he is doing brilliantly and we love him to bits — but we have also got to look after him as well.’

Southgate’s critics think he is popular with the press because he is nice, or woke, or a hundred reasons that are nothing to do with what happens on the field. But it really is the football, stupid. Southgate largely gets the football right. 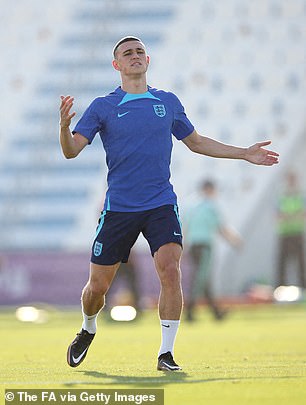 Foden’s worth increases with every minute he misses in Qatar

His dissection of Foden, where he is used for Manchester City, where he fits in with England, displays the purest logic. Foden has not looked a world-beater in international football. He is a young player, with much still to learn.

Bellingham the same. As good as he was given space by Iran, so he laboured when denied it by the US. There will be howls of outrage if Henderson is selected, yet they will overlook that the midfield was overrun on Friday and this could be another war of attrition against a Wales side with nothing to lose. ‘We are better than we have been showing,’ promised coach Rob Page. ‘Of course England are beatable. Every team is beatable.’

Page is right. Wales have been poor and there has been criticism. Yet not of the kind levelled at England. Gareth Bale and Aaron Ramsey remain heroes, despite their form. They carry the country in a way English equivalents do not.

‘We are in a world where any one opinion on social media becomes a story,’ Southgate said. ‘Every country has it. There are 32 teams here and 26 are probably in crisis. That’s a World Cup.

‘The pressure is always there. It is rare that we have won every game and scored as many goals as we want. You are never sitting comfortably and if we were we worry because you don’t want comfort. You need an edge.’

He will no doubt find one on Tuesday night. Edginess in tournaments being what England do best.