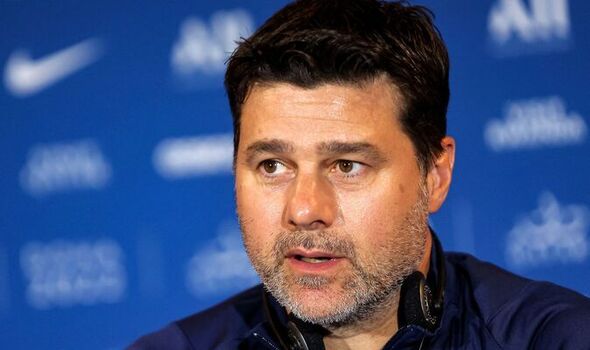 Mauricio Pochettino is reportedly set to hold surprise talks over a return to management with Nice just a matter of months after leaving Paris Saint-Germain. The Argentine parted company with the Ligue 1 champions at the end of last season following an 18-month spell at the helm but so far, he is yet to receive any substantial offers that have tempted him into a swift return to the dug-out.

Athletic Bilbao are said to have expressed interest in his services, while Pochettino is alleged to have rejected Manchester United back in February when he was still in charge of PSG.

Now Foot Mercato in France suggest Nice are set to hold talks with the former Tottenham boss as they look to tempt him into a return to Ligue 1.

Coincidentally, Pochettino will be looking the fill the void left behind by his PSG successor Christophe Galtier as Lucien Favre edges closer to the sack.

Favre returned to the French Riviera this summer following a stint with Borussia Dortmund but the 64-year-old is already on borrowed time following a miserable start to the campaign.

Sunday’s 1-0 home defeat to Angers sees them sit 13th in the Ligue 1 table – some 11 points behind third-place Lorient.

Nice are also yet to win in the UEFA Conference League having drawn 1-1 twice with Cologne and Partizan Belgrade.

It is currently unclear whether Pochettino would be open to the vacancy as he targets a return to the Premier League.

He was briefly considered by Chelsea before the appointment of Graham Potter following the ruthless sacking of Thomas Tuchel.

In the past few days, Pochettino has been back in London celebrating close friend Ossie Ardiles’ 70th birthday with a host of Tottenham legends.

Daniel Levy has always left the door open for an eventual return for Pochettino when the time is right.

However, with Spurs currently flying in the Premier League under Antonio Conte, their former boss is unlikely to be lining up a return to Tottenham anytime soon.

Juventus and Bayern Munich are two clubs where we could witness change in due course with both Massimiliano Allegri and Julian Nagelsmann struggling to deliver in their domestic leagues.

The Old Lady are currently in eighth position in Serie A having won just two of their opening seven league matches.

Meanwhile, Bayern are in fifth having failed to win in their last four Bundesliga outings – despite winning their opening three fixtures.