BARCELONA FAN VIEW: A big win without Lionel Messi will be like being at a party with your friends but the girl you like isn’t there, and you can never be totally happy – but nobody can say he is making a bad decision as Barca are leading the way only in problems

Toni Juanmarti’s uncle signed him up as a Barcelona club member when he was just four years old.

Now 30 and a long-serving season-ticket holder at the Nou Camp, he has watched every game – either on television or live – since Barca played PSV Eindhoven in the UEFA Cup in 1996.

His first visit to the Nou Camp was an 8-0 win over Logrones the following season. He was in Paris when they beat Arsenal in the 2006 Champions League final and was there when they lifted the trophy at Wembley in 2011.

Other than Lionel Messi, Thierry Henry is the player he loved watching most in the famous colours. https://twitter.com/tjuanmarti

The truer it seems and the more real it is, it still doesn’t feel like it. It’s as if a part of my head rejects this news, constantly.

My mind blocks it out when I read that Lionel Messi will play for another side. It cannot be.

I feel like reporting it to the police, the courts, as if it were something totally prohibited. Messi has given us so much for so long that for me, it is impossible to imagine Barcelona without Leo. 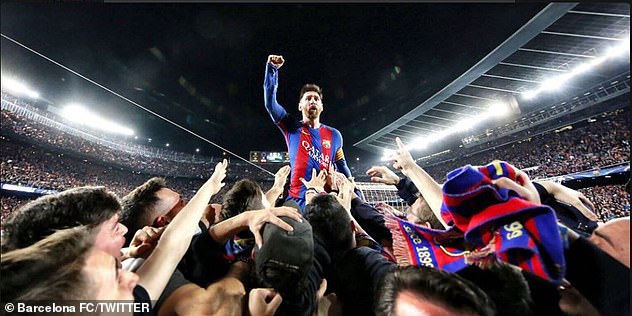 The impossible now seems like a reality, with Lionel Messi set to depart his beloved Barcelona

Nor Leo, without Barcelona. I try to imagine how that sky-blue kit of Manchester City would suit him but once again, my brain is incapable of processing it.

I ask myself if it is another demonstration of the fact that happy endings don’t often happen in this life.

The feeling I am left with is one of being swindled. By nobody and everybody all at once.

Because they made us believe that the paths of Messi and Barcelona were never going to separate. Or better yet, that both would forever walk the same path, arm in arm. 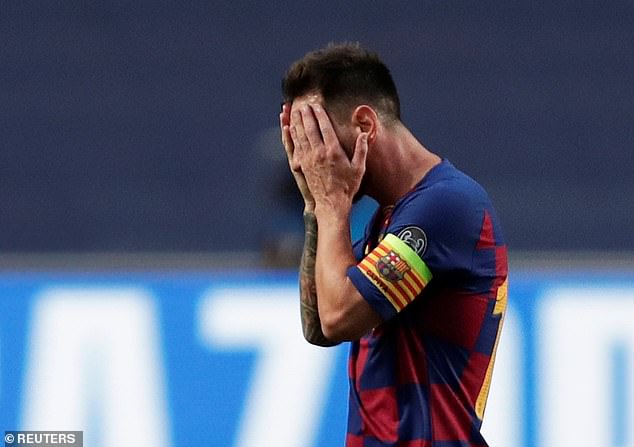 When I found out that Messi had sent the board a burofax (registered letter) saying that he didn’t want to stay, I thought – “He’s decided to turn the heat up on the board, and in the end he’ll stay.” I was convinced of it.

Messi will go but I will remain utterly certain that he does not really want to wear the shirt of another club.

And what hurts me most is that nobody, absolutely nobody, can say that he is making a bad decision.

He has borne all of this, the brunt of everything, he alone has sustained the club and carried it on his shoulders through thick and thin.

How could he not have the right to decide to leave? That is what makes it so much more painful for me, because you cannot even be furious with him, you can’t release your anger in his direction. Quite the opposite.

If I think calmly, the only surprising thing is that he has not taken this decision before now. He is a winner and right now, the only thing Barcelona are leading the way in, is problems. 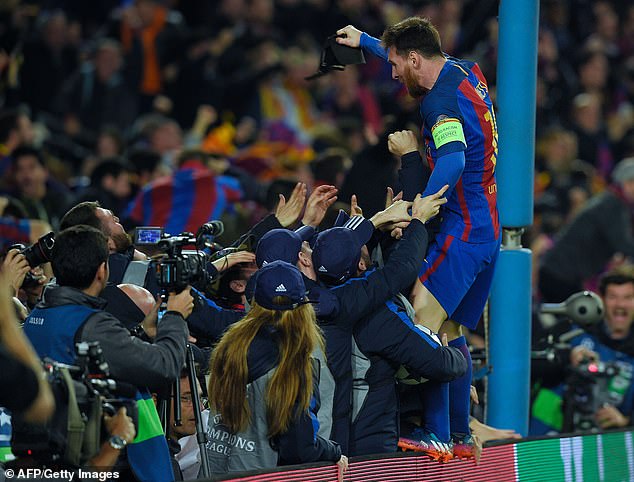 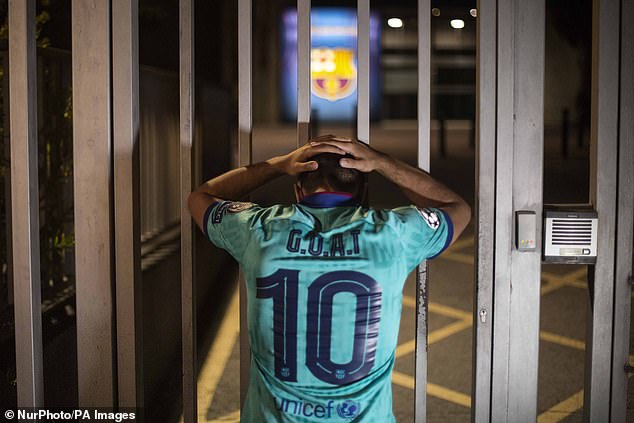 It will be so strange to watch Barcelona without Messi. He leaves us as orphans. Although Barcelona might win and they might play well, we will always have Messi in our heads.

Mainly because we have lived for more than a decade enjoying watching him play every three days, more or less.

A big rout at Camp Nou without Leo will be like a party where all your friends are there but the girl that you like isn’t. You might have a good time but it’s hard to be totally happy.

It will be impossible for us to heal this wound. Not just for the footballing hole that Leo will leave, but because he has been at Barcelona since he was 13 years old. As Messi will tell you himself, Catalunya and Barcelona have given him everything, and vice versa.

From start to end it was a perfect story, or it should have been, but now we will not get the end that we both expected and hoped for. 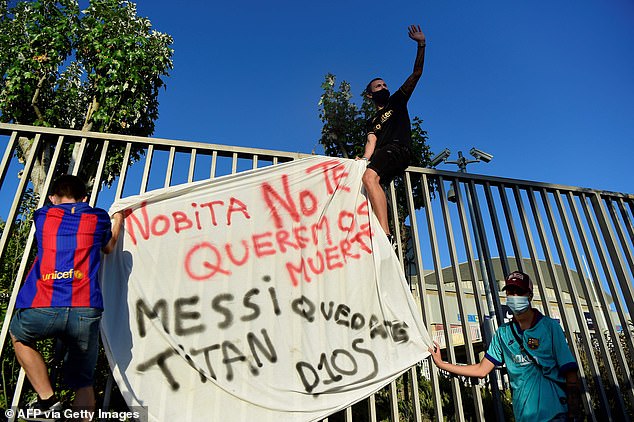 Protests have already begun, with fans urging the Argentine superstar to stay in Catalonia

The only consolation left is to hope that his ‘erasmus’ will be short and that when he retires, he will return to his true home, to help the club in another way.

Messi belongs to us and we have to do everything we can for him to return to the club when he finishes his era in England, or wherever he ends up going.

His time at Barcelona has not finished and he must keep writing his story with the club. Not as a player, but in another role, in a few years.

Until that happens, all Barcelona fans will keep an eye out for him – we will all become bigger fans of Manchester City than we were.