Lionel Messi showed little to no emotion in the stands as Kylian Mbappe converted his penalty during Paris Saint-Germain’s 1-1 draw with Benfica on Tuesday night.

Mbappe, who now wants to leave PSG according to shock reports from Spain, took the lead in the first half before the Portuguese outfit fought back with a spot-kick of their own for a share of the spoils after the break.

Spanish newspaper Marca claimed on Tuesday that Mbappe’s relationship with PSG has ‘completely broken’ and that the 23-year-old is now pursuing the exit door, despite signing a lucrative contract with the French giants worth £650,000 per week this summer. 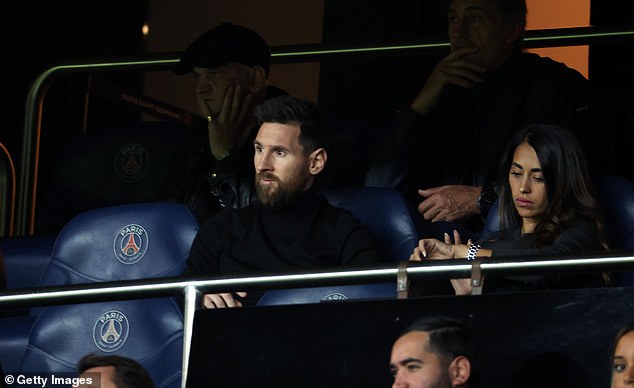 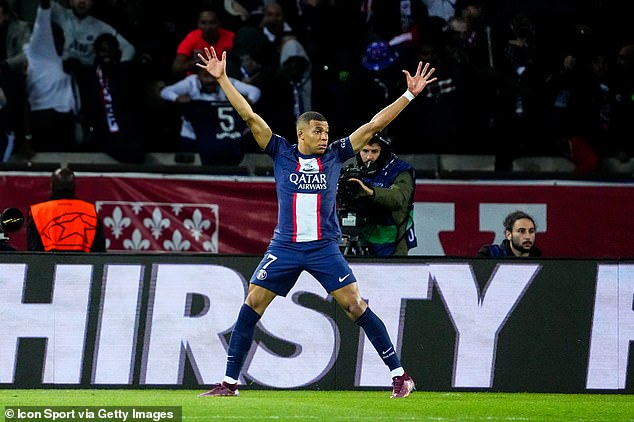 Messi, whose rich vein of form was halted through injury last week, was forced to take a spot in the stands alongside his wife Antonella at the Parc de Princes on Tuesday.

Sporting a blank look, Messi stared with piercing eyes towards the pitch as Antonella checked her watch in a disinterested manner.

Summer suitors Real Madrid lead the race for Mbappe in January alongside Jurgen Klopp’s Liverpool, who have struggled for form at the start of the season. 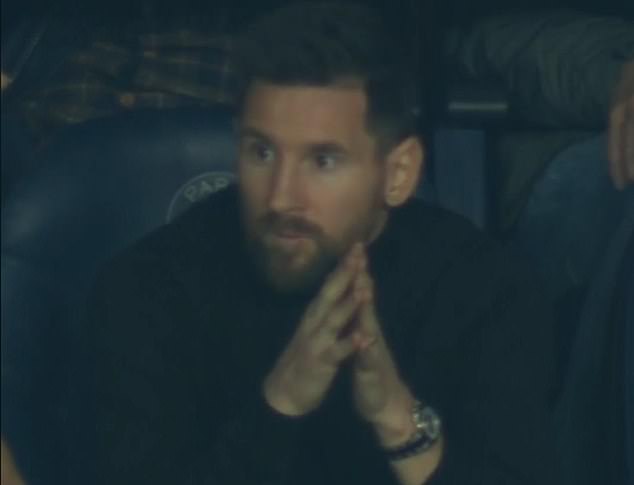 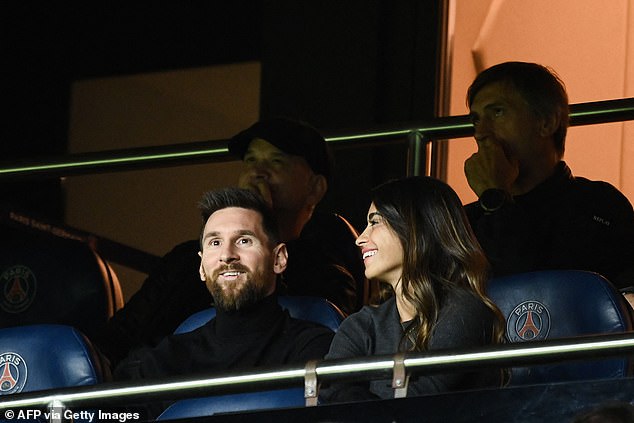 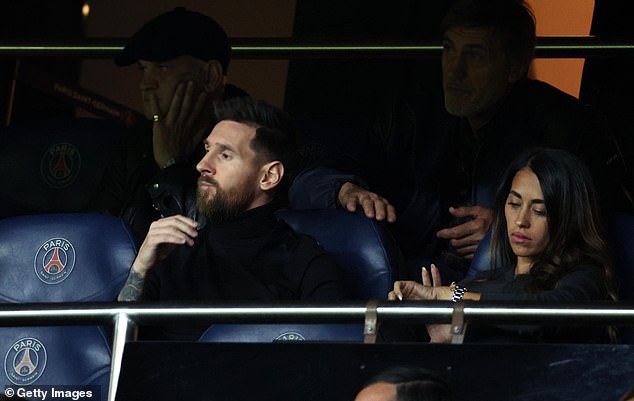 It is believed the French superstar is unhappy with his current role at the club on the pitch, disagreeing with Christophe Galtier’s decision to play him as the lone central striker.

Rio Ferdinand criticised PSG for handing the forward too much ‘player power’ this summer, admitting it is ‘hard to believe’ what Mbappe has an issue with.

The Manchester United legend also questioned why the World Cup winner would not want to play alongside Lionel Messi and Neymar.

‘I think PSG will be disappointed in that, as a team mate you will be because you know the negativity it brings,’ Ferdinand said whilst on BT Sport. 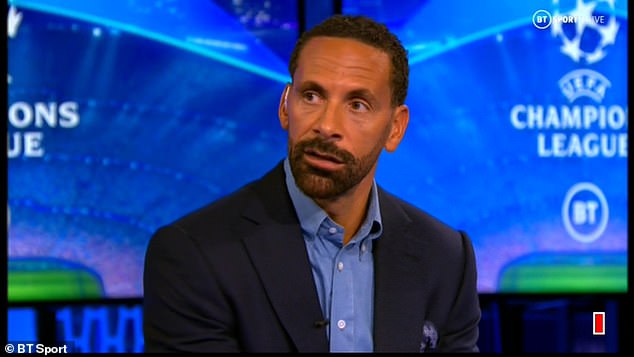 ‘He isn’t happy about the something, what we hear is he doesn’t want to play the position he is being played in.

‘Wayne Rooney some games hated being asked to play left-wing, but you’d never know because he would sacrifice himself for his teammates.

‘If it will last ages I get it, but by the way Kylian is waking up and playing with Neymar and Messi. You’d want that surely. It’s hard to believe he is moaning about it.’