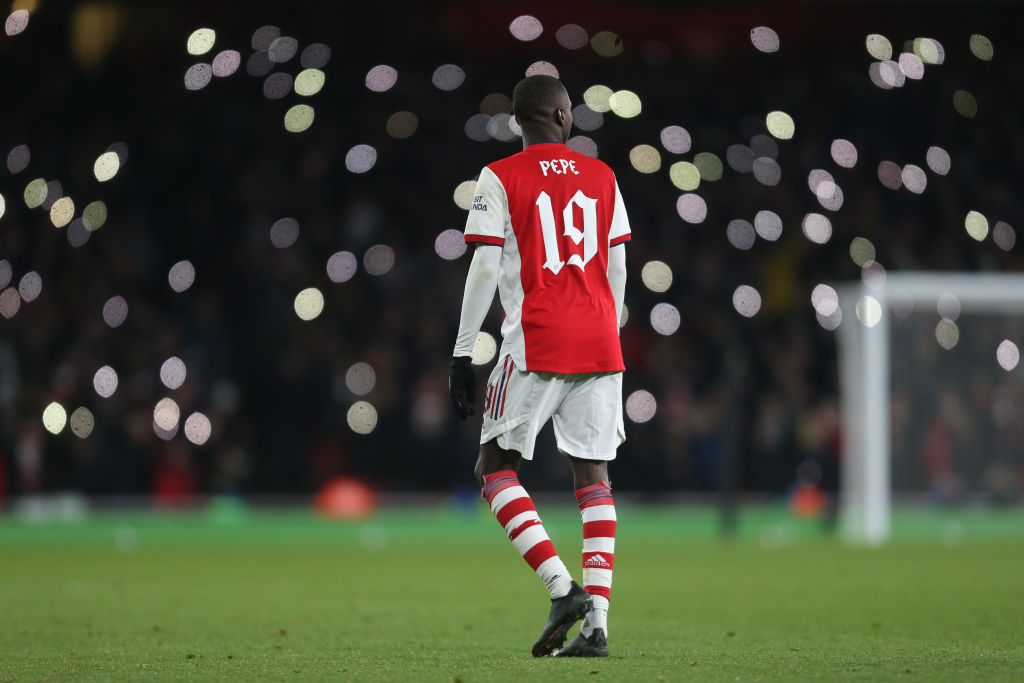 Arsenal boss Mikel Arteta has confirmed Nicolas Pepe is unhappy at the club and has made his feelings clear to him in private.

The Ivory Coast international has made just five Premier League starts so far this term and the likes of Emile Smith Rowe and Bukayo Saka are ahead of him in the pecking order.

The winger became the club’s record signing in 2019 when he arrived in a £72m deal from Lille but he’s failed to live up to his price tag at the Emirates.

Pepe scored his second goal of the season in a 5-1 win against Sunderland on Wednesday night and both of his goals this term have come in routine wins in the EFL Cup.

Arteta was asked about Pepe’s situation in his press conference on Wednesday morning and the Spaniard confirmed that Pepe has recently expressed his unhappiness at his lack of playing time.

‘A player that doesn’t play if he’s happy we have a big problem,’ said Arteta.

‘Nico has not been happy and asking for more minutes.

‘This is the attitude we want from our players.’

Eddie Nketiah bagged a hat-trick in the win against the Black Cats and the striker will be hoping to keep his place for the trip to Norwich City on Boxing Day.

Pierre-Emerick Aubameyang’s future looks far from certain at the Emirates and it’s unclear if he’ll play again this year.

Calum Chambers will miss the trip to Carrow Road as he’s isolating after testing positive for Covid-19.