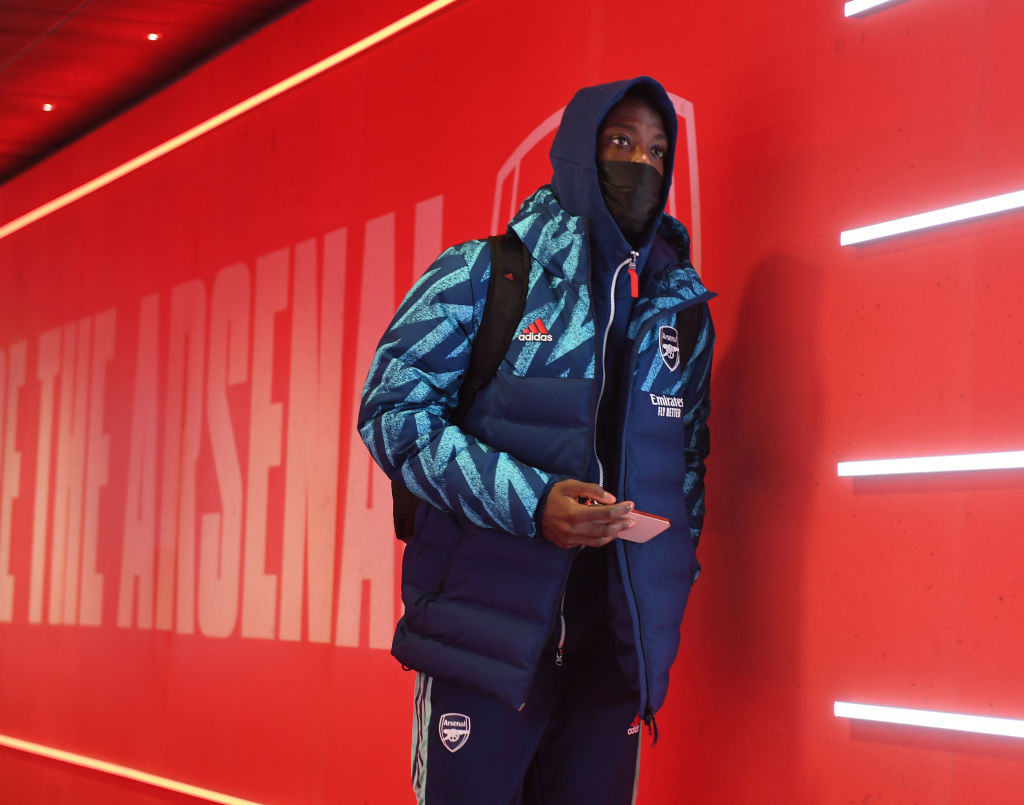 Mikel Arteta insists Arsenal’s lack of involvement in Europe is hindering Nicolas Pepe’s chances of breaking back into his starting XI.

The Ivory Coast international ended last season in the best form of his Gunners career, scoring five goals in as many matches but he has been unable to build on those performances.

Arsenal’s £72million record signing has been limited to a bit-part role in recent weeks and hasn’t started a Premier League game since the 2-2 draw against Crystal Palace in mid-October.

Pepe has made just two brief substitute appearances since then and eyebrows were raised when Arteta brought on Eddie Nketiah, a player who looks certain to leave imminently, ahead of the 26-year-old in the recent matches against Everton and Southampton.

Arteta, however, insists he can only pick his team based on the evidence of what he sees in training but confessed Arsenal’s lack of midweek football has had a major impact on Pepe’s lack of recent involvment.

‘It’s with all the players that they are not having a lot of minutes,’ he said ahead of Saturday’s match against Leeds United.

‘With the amount of games we’re having there’s not enough room. With Nico’s situation it’s something similar.

‘I understand but again I have to try to make the decision based on what I see every day.

‘Nico is really willing to help the team. The reality is that in the position that he’s playing, Bukayo is there and has been fantastic.’