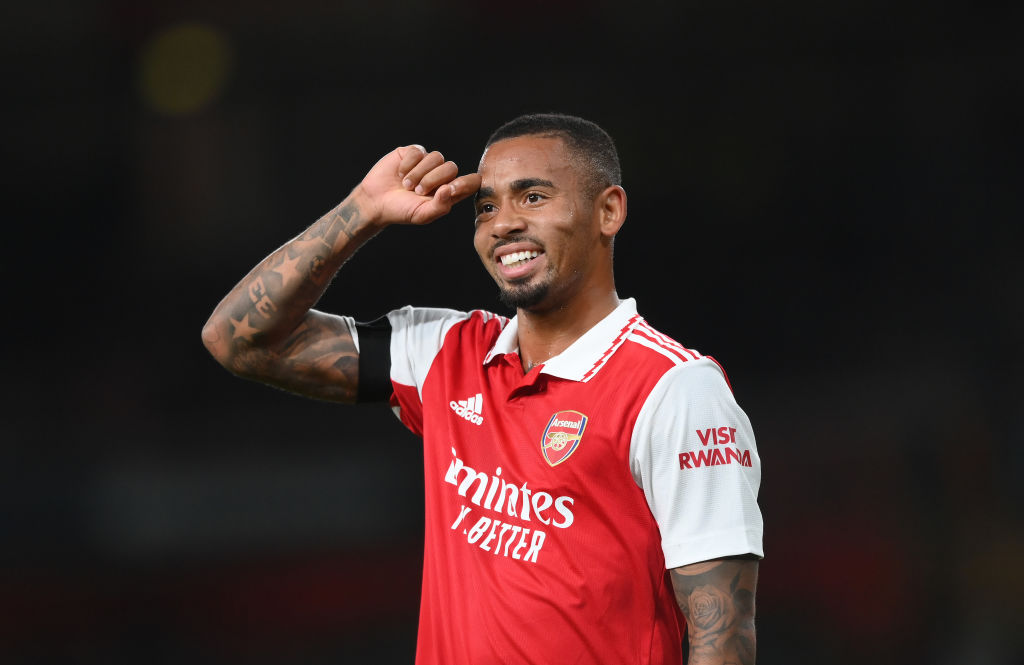 Gabriel Jesus has been left out of the Arsenal squad for the Europa League trip to Bodo/Glimt on Thursday, with Mikel Arteta saying he is due for a rest after ‘everything he’s been through in the last few weeks.’

The in-form striker missed training on Wednesday after suffering a couple of knocks during the 3-2 win over Liverpool on Sunday, most notably being caught by an elbow from Kostas Tsimikas.

The Brazilian was tested for concussion and he is not suffering with it, so it was assumed he would be available for the trip to Norway, but Arteta feels it is better he sits this one out.

‘Our selection is based on how we think we’re going to win the game, that’s it,’ Arteta told a press conference on Wednesday.

On Jesus he said: ‘With everything he’s been through in the last few weeks, it is better he is staying at home.’

The summer signing from Manchester City has started all nine Premier League games so far this season, scoring five goals, while he has made a couple of Europa League appearances from the substitutes’ bench as well.

Asked whether he felt that opposing teams may look to be physical with Jesus to stop the forward, he said he just hopes that referees avoid defenders going too far.

‘I don’t know how other coaches approach the games against us,’ said the Gunners boss.

‘Obviously Gaby’s a player who gets involved in a lot of physical contact, it’s the way he plays and that’s in his nature. It’s for the referees to protect the players.’

On other injury concerns, with the likes of Oleksandr Zinchenko a doubt, Arteta would not be drawn, saying: ‘A few players that were injured. You will find tomorrow. I can’t give you everything.’