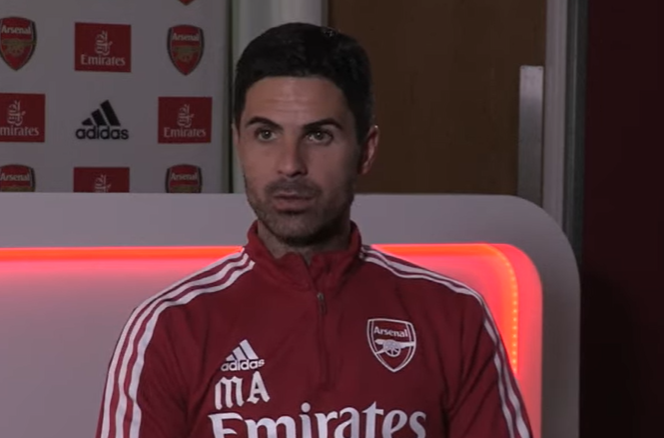 Mikel Arteta has hinted he will have to drop either Granit Xhaka or Mohamed Elneny into an unfamiliar defensive role to cope with a mounting player shortage ahead of Monday’s must-win game against Newcastle.

Ben White has missed the last three games with a hamstring injury but wasn’t risked on Thursday, despite being fit enough tot make the bench, against Tottenham as the Gunners slipped to a damaging 3-0 defeat.

Rob Holding’s dismissal means he is suspended for the trip to St James’ Park, while Gabriel’s hamstring strain compounded Arsenal’s misery at Tottenha, and has left Arteta without a single fully fit senior central defender.

Both Xhaka and Elneny have played at centre-half before, but usually in the 3-4-3 system that Arteta has shied away from implementing since his first season in charge.

Youngster Zak Swanson, like White, was an unused substitute in midweek but Arteta admitted it would be too big a risk to press the 21-year-old into emergency action against Newcastle.

Asked how Arsenal were likely to line-up in defence against the Magpies, Arteta said: ‘Good question. I will know probably more tomorrow.

‘We want to extend this period as much as possible to understand how they are recovering, how they are feeling, assess them and tomorrow we will know more about how they are.

‘We will have to modify certain positions to to try to make it work because we don’t have more defenders.

‘And even though we have academy defenders they haven’t experienced a lot those positions because they are not specified central defenders. It is something that we will try to find a way.’

Pressed for an updates on Gabriel and White, Arteta added: ‘I could but I would probably be telling you whatever. Tomorrow it will be the day well we have better answers.’