Mikel Arteta has backed Eddie Nkeitah to become a “top, top player” and is hoping that will be at Arsenal after he struck in the Carabao Cup fourth-round win over Leeds

The Gunners secured a 2-0 victory as Calum Chambers scored just 21 seconds after coming off the bench before former Leeds loanee Nketiah tapped in.

It was just the 22-year-old’s second appearance of the season, his first coming in the third-round success over AFC Wimbledon and he is out of contract in the summer.

England’s all-time record goalscorer at Under-21 level saw a move to Crystal Palace break down in the summer but, despite his limited minutes, Arteta is keen for Nketiah to sign a new deal with the club.

“We had a situation in the summer that we tried to resolve and we couldn’t either way,” he said.

“That contract situation is more and more common in football for where we are coming from with Covid and a lot of the issues that we have to resolve.

“I have full belief that he is going to be a top, top player and hopefully at Arsenal. I’m happy to have him, he is our player, I regard him really highly and from my side I want him to stay.”

Asked if there was an update on any contract talks with Nketiah, Arteta replied: “No. 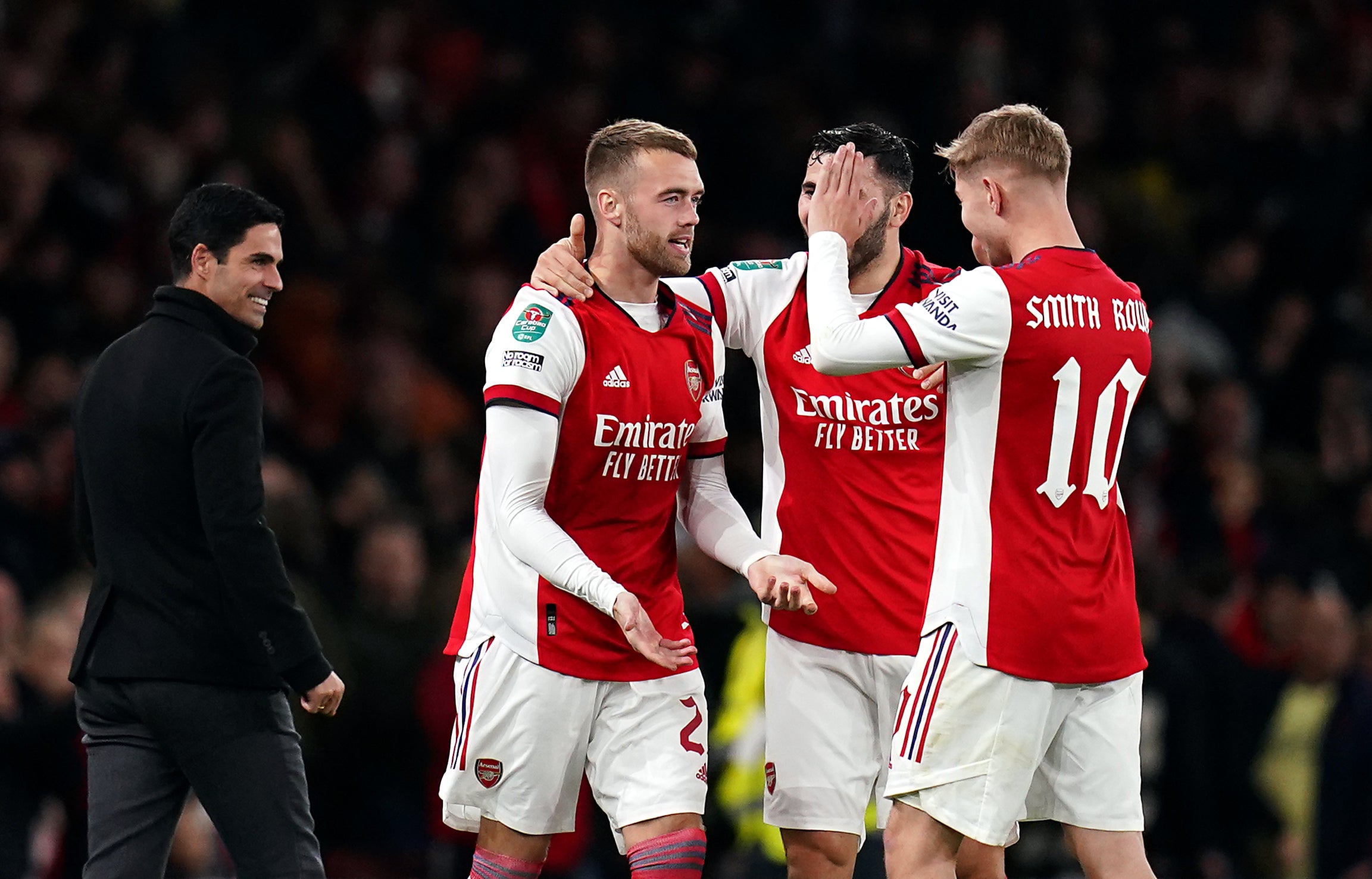 “I have no doubts what he can offer. Whatever you throw at him, he wants more and he demands himself more.

“I’m delighted to see the performance he had. He totally deserved it. He has other players who play in that position and he has a personal situation but I try to leave that aside.”

For the likes of Nketiah and fellow goalscorer Chambers, Arsenal’s continued progression in the Carabao Cup will present them with more chances to feature for the first team.

“It opens up more space to give opportunities for the group and obviously is a trophy we want to compete for – that’s the whole point of it,” added Arteta.

“It is great to see the players that we have get opportunities, the way they played, the way they competed against a really good side.”

I’m happy to have him, he is our player, I regard him really highly and from my side I want him to stay

Leeds started well but could not find a way past Bernd Leno in the Arsenal goal and now go back to Premier League action looking to address a poor run.

“We conceded a goal and it was at the start of the second half,” said head coach Marcelo Bielsa.

“After that the game wasn’t the same, the opponent didn’t need to attack as much and then we had to take the ball more into their half.

“In the first half the obligations for both sides were similar and we could defend and attack well. It is inadmissible to concede (the first) goal in that manner.”

BRIAN LAUDRUP: Alfredo Morelos must earn his move to a big league