Mikel Arteta says he hates that Arsenal are perceived as a soft touch and it is down to them to change the narrative against Burnley at Turf Moor on Saturday.

It is a tag the north London club have long struggled to shake. Troy Deeney famously accused Arsenal of lacking ‘cojones’ and former Premier League striker Cameron Jerome, speaking on talkSPORT on Thursday, said he used to look forward to facing the Gunners.

Burnley have their own reputation for being brutish, with more of those accusations being made after their bruising contest with Everton on Monday. Arteta sees today’s clash as an opportunity for his players to prove that they are not pushovers. 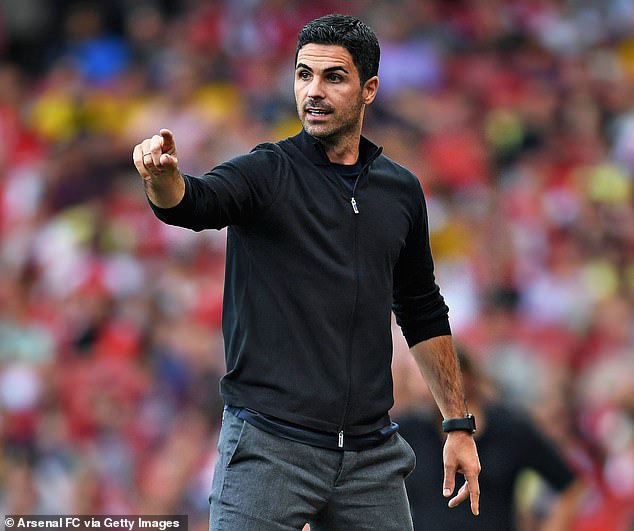 ‘Try to change it,’ Arteta said when asked about that perception. ‘We know that you guys already use a few words that I hate to hear, but they’ve been used when we play this kind of opponent.

‘Let’s change it. Let’s change the narrative and put a different one out after Saturday.’

Arteta says he wants to build a ‘connection’ between his squad but adds that it has been difficult during Covid.

His predecessor Unai Emery took his players paintballing in a bid to boost spirits. Arteta’s idea is to have the squad bring their families to the training ground for a fun-day.

On taking part in activities together, Arteta continued: ‘I have to be honest, in the last 18 months we haven’t done anything because we had Covid and we have so many restrictions.

‘But from now on, hopefully, we are going to start to do a few things that we can enjoy together.’

Arteta took part in a few team-building activities as a player. The 39-year-old said: ‘For me, one of the best ones that we had was here at the training ground. Sean O’Connor (Arsenal’s facilities manager) prepared everything out there and it was fun and games with all the families and kids. 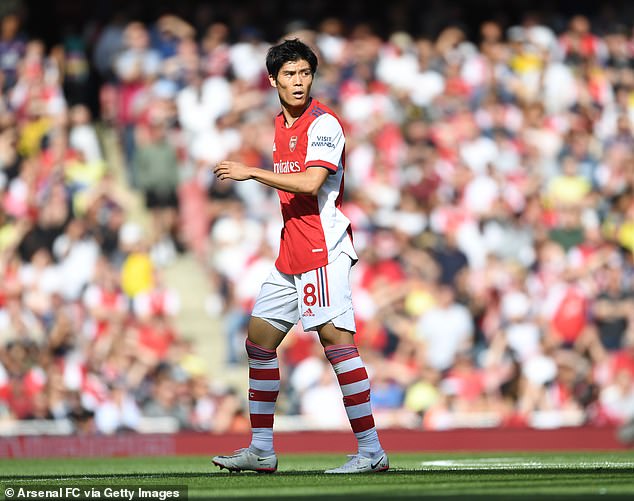 ‘It was great to see how the team, the club, the staff were getting to know each other in a much deeper way. It’s all about connecting with each other.’

Takehiro Tomiyasu, the 22-year-old Japan right back who made his Arsenal debut last weekend after only two training sessions, is expected to start again today.

‘We didn’t even have time to introduce him basically but that shows me as well how intelligent our fans are because they picked him up straight away,’ Arteta added.

‘Probably it helped because he has a smile on his face. He looks clean, honest, transparent and then when he’s on that pitch, he doesn’t doubt. He is fully committed, he goes for every ball, he is reassuring.’