Arsenal boss Mikel Arteta has insisted he has been blown away by “phenomenal” Alexandre Lacazette and revealed the latest on contract talks with the striker. It comes as the Gunners plan a major summer transfer window with the Spaniard desperate to bring in more of his own players.

Arsenal striker Lacazette will be entering the final year of his contract next season and there has been plenty of interest in his services.

Sevilla, Roma and Atletico Madrid are just a handful of clubs taking a closer look as teams across the continent eye a transfer.

It comes amid a tough season for the Gunners, who are having a torrid campaign in the Premier League with a European spot looking a difficult ask at the moment.

Their best hopes of landing a Champions League spot is by winning the Europa League, where they face Slavia Prague in the next round. 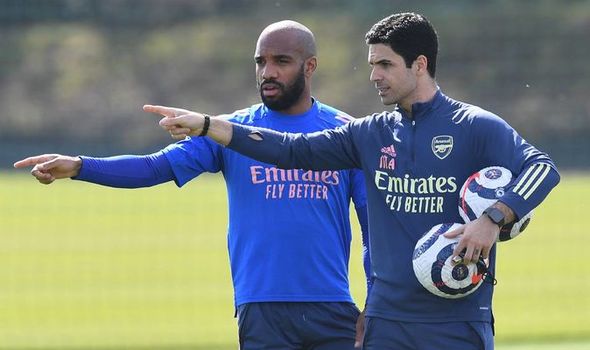 For Lacazette, there have been rumours that he could leave the Emirates.

But Arteta has entrusted the Frenchman as his main striker this season, scoring 13 goals in all competitions – including three in his last four Premier League matches.

When speaking about his contract, the Spaniard insisted the club have plans to talk to the forward at the end of the season.

“I’m always happy when people talk about our players and speculate,” he said. “That means they are doing well and getting attention from other clubs.

“The situation with Laca we will address in the summer, speak to him, propose the future we want and that’s it.

“Now I just want players focused and only focused on performing and getting the best out of them for the team.”

Arsenal have been reported to be eyeing a major summer transfer window with several outgoings and incomings.

The futures of the likes of Matteo Guendouzi, Lucas Torreira and Hector Bellerin are set to come under the microscope while several players have been linked with a move including Jack Grealish, Houssem Aouar and Achraf Hakimi. 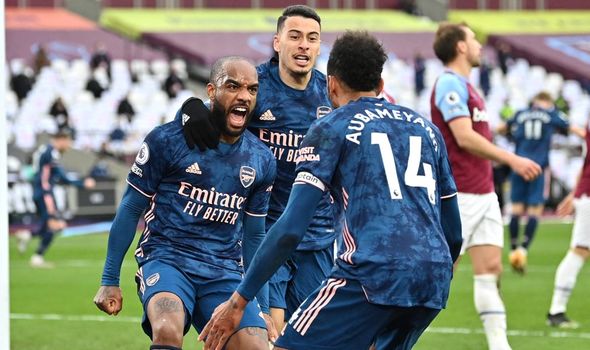 But where Lacazette will be remains to be seen, though judging by Arteta’s latest comments he will be hoping it will be the Emirates.

The former Manchester City coach said: “He is sustaining that level, scoring goals and providing the team with something different as well. His work rate has been phenomenal and it’s what we want.

“We need those type of players hitting the best level because over the course of the season we have been missing goals, that creativity in the final third and we need those players to step in and make the difference for the team.”

Jadon Sancho insists speculation has not caused his dip in form