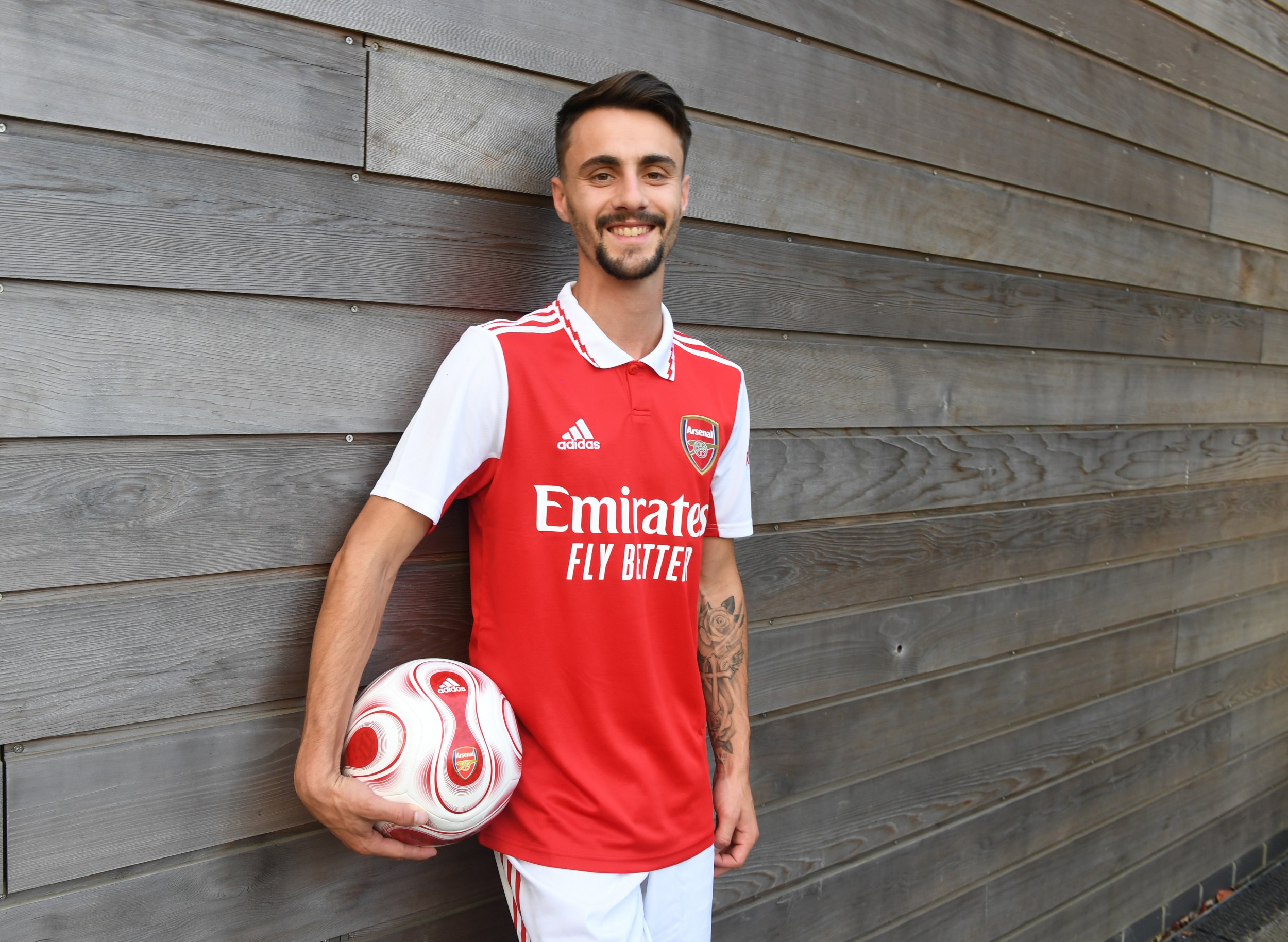 Fabio Vieira has been confirmed as an Arsenal player after the completion of a £34million deal with Porto.

Vieira is the north London club’s third new recruit of the summer after the signings of goalkeeper Matt Turner and teenage winger Marquinhos.

Vieira, 22, enjoyed a breakthrough season for Porto, registering six goals and 14 assists as they won the Portuguese league title.

‘I am very excited that we have identified and signed such a special talent. Fabio is a very creative player that will bring high quality and versatility to our attacking play,’ said Mikel Arteta.

‘We welcome Fabio and his family to our club and are looking forward to starting work with him ahead of the new season.

Arsenal’s technical director Edu said: ‘We’re so pleased to have completed the signing of Fabio from FC Porto. Fabio is a player with special qualities who is comfortable with the ball in the final third of the pitch.

The Gunners were close to returning to the Champions League via the top four, but lost out to north London rivals Tottenham in the final stages of the campaign.

Arsenal are still in the market for a few more signings before the start of the 2022/23 campaign in August.

A striker and midfielder are priorities for the north London club, with deals being pursued for Manchester City’s Gabriel Jesus and Leicester City’s Youri Tielemans.

Harry Maguire 'ruled out of Man United vs Wolves through injury'