Sickness crisis hits Arsenal: Mikel Arteta reveals ‘several players haven’t been able to train’ ahead of Leicester clash with a bug ripping through the squad… but he expects Ben White to be available

Arsenal boss Mikel Arteta has concerns over a number of players who have not been able to train ahead of Saturday’s Premier League clash against Leicester.

The Gunners picked up a number of knocks during their 2-0 Carabao Cup victory over Leeds on Tuesday.

Meanwhile, a sickness bug has been going around the camp, with Ben White hooked off 55 minutes into the game Leeds as Arteta reported ‘he didn’t feel great’. 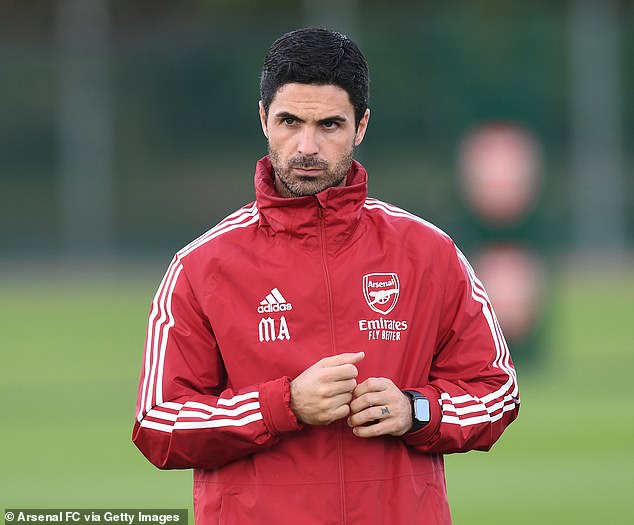 During his pre-match press conference ahead of Saturday’s 12.30 kick-off against the Foxes, Arteta said: ‘There’s been a few of them that haven’t been able to train.

‘We picked some knocks during the game against Leeds. Hopefully today we will have better news.’

White was the only name mentioned by Arteta to not have been in training since the Carabao Cup victory. 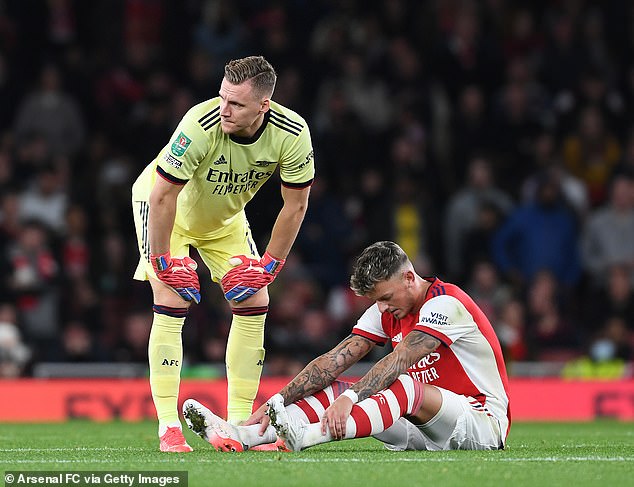 He did go on though to add that he expects White to be back in training today and to be fine for the game against Leicester on Saturday.

Two players who are doubts for the weekend are left-back Kieran Tierney and playmaker Martin Odegaard.

Tierney missed the game against Leeds as well as their 3-1 victory over Aston Villa with a bruised left ankle.

Arteta said: He’s progressing in training. Let’s see how he is today. He felt a bit better last few days but he wasn’t 100% to start the other day. We’ll see how he is.’ 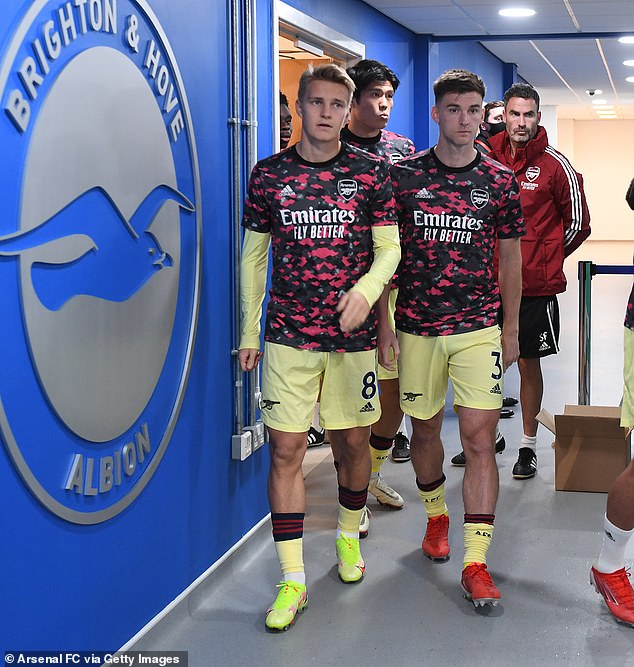 When asked about Odegaard who missed the Leeds game with a minor injury concern, Arteta didn’t confirm his availability but added: ‘Well he came back a little bit late don’t forget that. He had an injury in pre-season, he picked up an injury recently as well.’

Arsenal are hoping to pull off a strong result against one of their contenders challenging for Europe this season.

The Gunners arrive into the game on the back of a six game unbeaten run in the Premier League.

Barcelona 'want to sign BOTH Neymar and Lautaro Martinez this summer'