Broadcaster Richard Keys has accused Arsenal boss Mikel Arteta of “endangering” the players on the pitch by his touchline actions. The BeIN Sports host hit out at the Gunners boss after their 3-1 defeat to Manchester United on Sunday for breaking Premier League rules, which could cause injuries.

Keys spotted Arteta outside of his technical area during the match at Old Trafford and was not happy that the Spaniard came so close to the pitch during play, as he posted a photo he took of his TV showing that Arteta was outside of his area.

“Another subject that we’ve previously mentioned – when is somebody going to tell Arteta he’s endangering the well being of players by marching up and down the touch line?” Keys wrote on his blog. “The technical area is placed away from the pitch for a reason.

“Someone is going to get badly injured if they crash into him. Why is he allowed to break the rules and no-one else is? Look at this picture from OT. He spent most of the afternoon here – in front of the 4th official for goodness sake.” 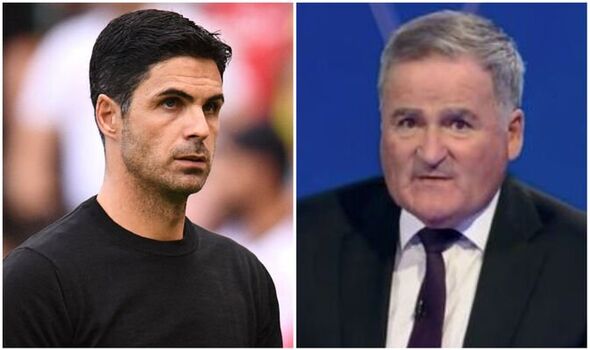 This rant was the latest of Keys’ criticisms towards Arsenal, who he accused of over-celebrating after their 2-1 win over Fulham last month. “Look at the manager,” Keys said. “You’re joking! They’re over celebrating this. It’s a 2-1 win against newly promoted Fulham. I don’t understand this. They’ve won nothing. I can’t hide the fact I find him extremely irritating, waving his arms around like a windmill for 90 minutes, as if anybody can hear him.”

Keys was met with backlash for his comments on Arsenal’s celebrations, most notably by talkSPORT host Laura Woods. “It’s the Premier League, anything can happen,” Woods said. “Just enjoy it while it’s there. Don’t rain on people’s parade. If you’re not allowed to celebrate and if someone’s going to come along and say: ‘hang on a minute, that’s a bit much! That looks like a Premier League celebration, why are you celebrating like you won the league?’ It’s just celebrating a game. It means something to somebody. Get over it!” 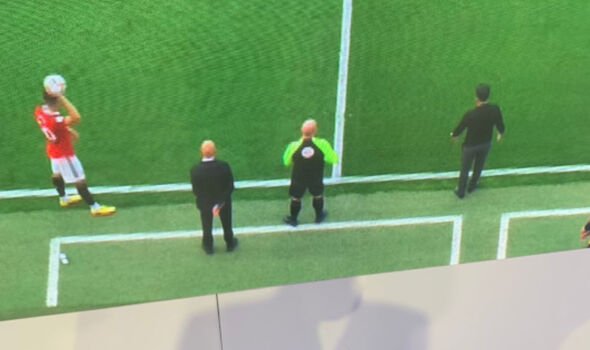 Arteta was enraged during his side’s defeat at Old Trafford when Gabriel Martinelli had a goal disallowed when Martin Odegaard was adjudged to have committed a foul on Christian Eriksen in the build-up to the goal.

“It’s a lack of consistency,” Arteta told Sky Sports. “What is soft? Last week, they [Aston Villa] got a goal when there’s a foul on Aaron [Ramsdale], but it’s soft and it’s not a foul.

“Then there’s a penalty on Bukayo [Saka, by Tyrone Mings] but it’s soft and not a penalty. Today this is a foul. There were some strong tackles and no yellow cards because the threshold is low because it’s a big game. It’s really difficult to accept.”

Which of Dier, Coady, Keane and Mings can stake a claim for England?

Cristiano Ronaldo declares himself fit to start for United's opener