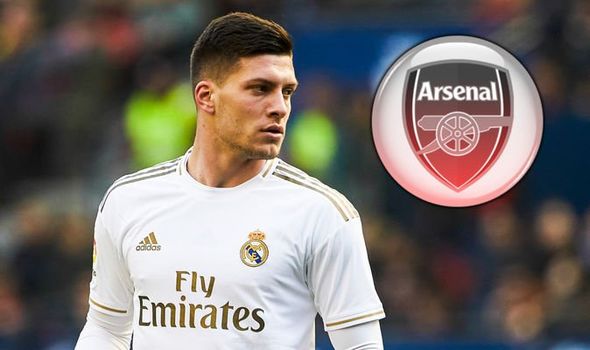 Arsenal manager Mikel Arteta has been urged against the permanent signing of Luka Jovic from Real Madrid, with Rio Ferdinand of the belief that the Gunners must concentrate their summer funds on their defence. Jovic’s Real Madrid future is uncertain having broken rank during Spain’s lockdown due to the coronavirus crisis.

The 22-year-old flew to Serbia without permission from the club to visit his pregnant girlfriend and is under investigation and could even face jail time.

His homeland have issued a mandatory 14-day period of self-isolation for anyone who enters the country and a period of 28 days for those flying from certain countries, which includes Spain.

Jovic said on social media that he was unaware of the quarantine restrictions, having tested negative for the virus in Spain and again in Serbia.

The Serbian only signed from Eintracht Frankfurt for £54million last summer after netting 27 goals last season in the Bundesliga and Europa League, but has netted only twice in 24 games this term for Los Blancos. 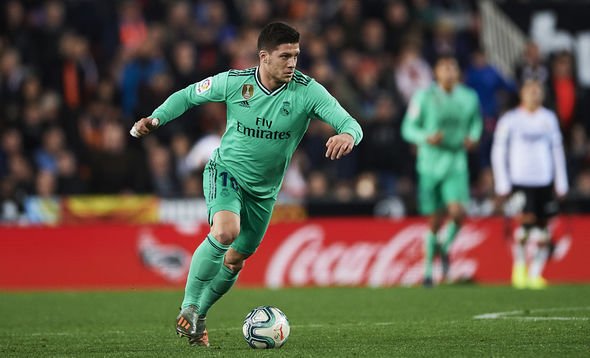 And his off-pitch indiscretions have poured extra doubt on the player’s future, which was already uncertain due to an underwhelming inaugural campaign at the Bernabeu.

Yet despite his obvious potential, former Manchester United and England defender Ferdinand insists Arteta should snub a move for the £50m-rated frontman, who Chelsea and Tottenham are also keeping tabs on per the Daily Star.

That’s despite ex-centre-back believing the powerful Jovic could add an extra dimension to the north London club’s attack.

“He is someone who could add something to Arsenal but I don’t think Arsenal need a player in that position,” Ferdinand said in a Q&A with football fans on his Instagram account.

“I played against Arsenal teams with the likes of Sol Campbell and Tony Adams. I don’t see that now. They have many good footballers but you need a blend.

“Why are they going for Jovic when they need to be looking at centre-halves?

“Arsenal is a fantastic club, what a club. But they need to get it right in other areas of the pitch.”

Ex-United and Tottenham striker Dimitar Berbatov believes the Premier League could be an ideal destination for Jovic, who has two goals in seven caps for Serbia.

The Bulgarian wrote for Betfair: “Luka Jovic is still a really young footballer and he had a great season with Eintracht Frankfurt which earned him a move to Real Madrid, at the moment things aren’t going his way but let’s not forget that he has Karim Benzema ahead of him.

“For me, Benzema is one of the most underrated players in football at the moment, he scores so many goals and he often doesn’t get the recognition he deserves. 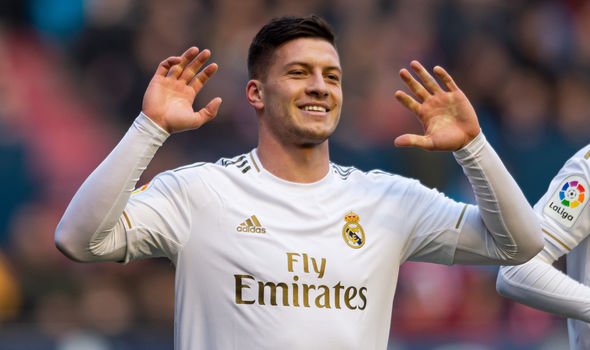 “It’s difficult for Jovic, because he has to get ahead of the Frenchman, but when Zinedine Zidane gives him another chance I hope he takes it, scores goals and shows what he was doing in Germany.

“If not he has two choices: be patient and work hard, or go to England or somewhere else he can play.

“Like me, he is from the Balkans and we like life a bit too much at times, so I hope that success and his move to Real Madrid hasn’t gone to his head too much, that can be dangerous and he needs to be disciplined.

“I was in his position when I was at Bayer Leverkusen. I was the same age and ahead of me was Ulf Kirsten, who was a God at Leverkusen and one of the best German strikers ever.

“I was in that position thinking ‘why the f*** am I not playing, I deserve to play, I demand to play.’ You think lots of stupid things because you’re young and you think you know everything.

“But with a bit of patience, hard work and good people around you to tell you the truth about the situation, it helps.

“That’s one option. The other, if you want to play immediately, you choose to go on loan or find a club that will buy you so that you play more.

“If Jovic is in that place right now I can see him being useful to a number of clubs in the Premier League.”