Danny Mills has tipped Erling Haaland to score over 40 goals for Manchester City this season if he stays fit.

There are high expectations for the striker after he sealed a £51million move from Borussia Dortmund earlier in the window, and former City defender Mills believes that the Norwegian will excel at the Etihad this term.

Speaking to talkSPORT, he said: ‘Haaland’s going to be sensational. If he plays every game, he can score 40-plus goals in all competitions.

‘It wouldn’t surprise me if he got close to 30 Premier League goals.’ 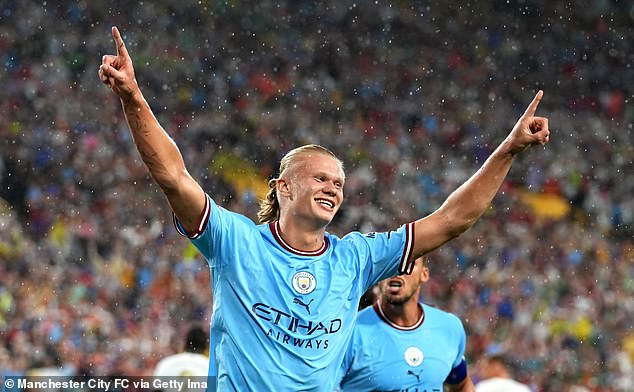 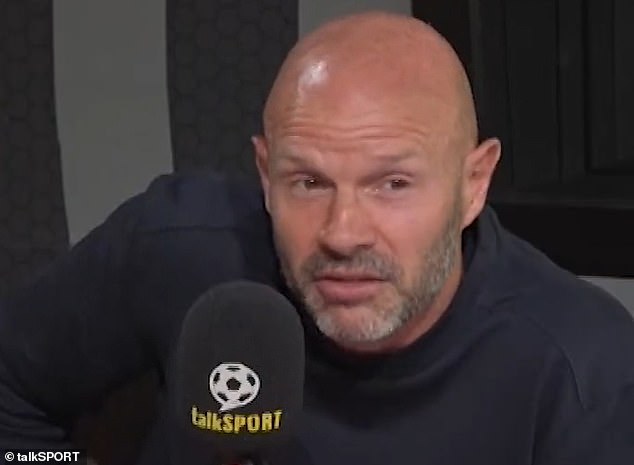 Haaland has developed into one of the most prolific goalscorers on the continent and netted a stunning 86 goals in 89 games for Dortmund.

The Leeds-born star is widely considered to be one of the best strikers in Europe and will hope to be a roaring success in the Premier League.

The 22-year-old has hit the ground running at City after scoring on his debut in their 1-0 pre-season victory over Bayern Munich last week.

There are some doubts over Haaland’s injury record as he missed 16 games across all competitions for Dortmund last term. Yet that had little impact on the striker’s goal record, with the talisman recording 29 strikes in 30 games last season. 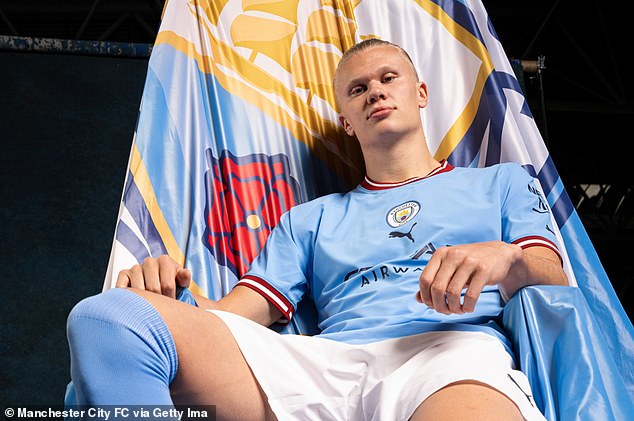 The Citizens have won four of the last five Premier League titles and dramatically pipped Liverpool to the trophy on the final day last term.

Yet Guardiola will be hoping that the capture of Haaland will help his side win their maiden Champions League trophy. City were knocked out of last season’s edition in the semi-finals by eventual winners Real Madrid.

The Norwegian boasts a remarkable record in UEFA’s premier cup competition, having scored 23 goals in 19 Champions League outings. The talisman also became the fastest and youngest player to reach 20 goals in the competition.