MLS superstar and New York City FC hero Taty Castellanos has waved an emotional goodbye to the city after joining Spanish LaLiga side Girona on loan.

Last season’s Golden Boot winner, and current MLS top scorer, Castellanos played his final game for NYCFC in their victory over Inter Miami Saturday night, where fans held banners in his honor and he was seen waving goodbye.

His exit has now been confirmed by the club, as Castellanos secures his long-desired move to Europe and newly-promoted LaLiga side Girona. 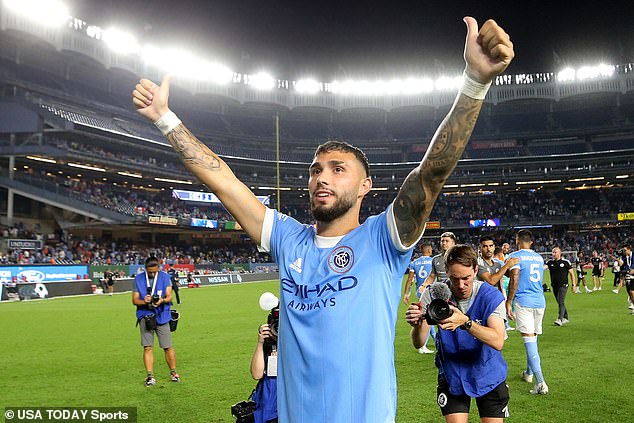 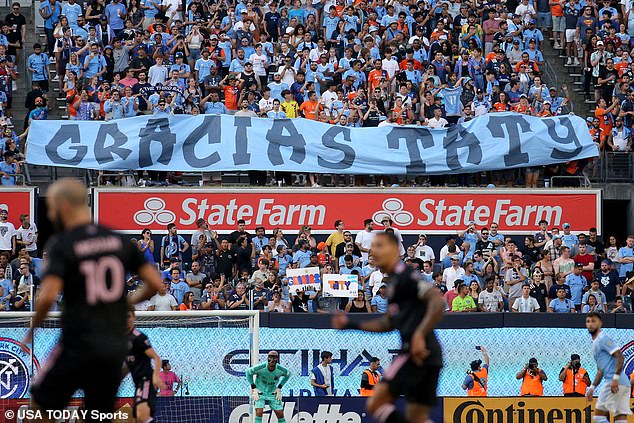 Speaking after his departure was announced, Castellanos said: ‘I came to New York City four years ago and this experience has been everything I could have wanted. It was here where I grew up and took my game to the next level. MLS is a strong and extremely competitive league with fantastic quality.

‘I’ve always said that the people at the club are incredible, it’s like a family. My teammates and the amazing staff that have spent so much time with me have helped me become the player I am today.

‘I was so proud to be able to win the Golden Boot last year and help the team bring home the Club’s first MLS Cup for our fans – it is a special moment in my life and one that will live with me forever. Thank you to the best fans in the league for always supporting me and cheering me on every single game, you’ve given me so much belief over the years.’

Taking to Twitter on Monday, fans were quick to gush over their star man, with one insisting he deserves the ‘keys to the city’ for his contribution.

Another wrote: ‘Gonna miss you,’ while one added: ‘Thank you legend.’

Castellanos has 13 goals in MLS this season and currently sits top of the Golden Boot standings once again, while his goals have also helped his team to the top of the Eastern Conference and in with another chance of winning the MLS Cup. 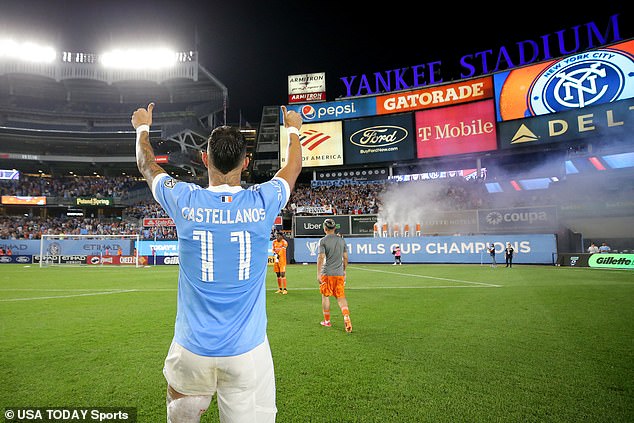 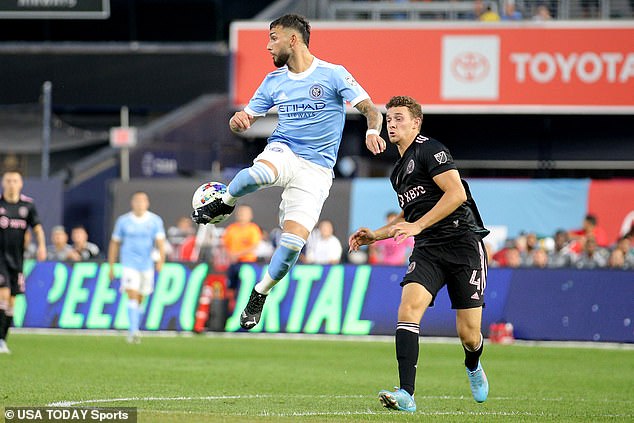 Now, though, their goals will have to come from elsewhere as Nick Cushing’s men lose their star striker to a club also owned by the City Football Group.

Castellanos scored 53 goals and recorded 19 assists across 116 MLS regular season and MLS Cup Playoffs appearances for NYCFC, and he is only the second player in NYCFC history to score 50+ goals for the Club.

The Argentine will leave New York this week to join up with Girona ahead of the start of the new LaLiga season in August.